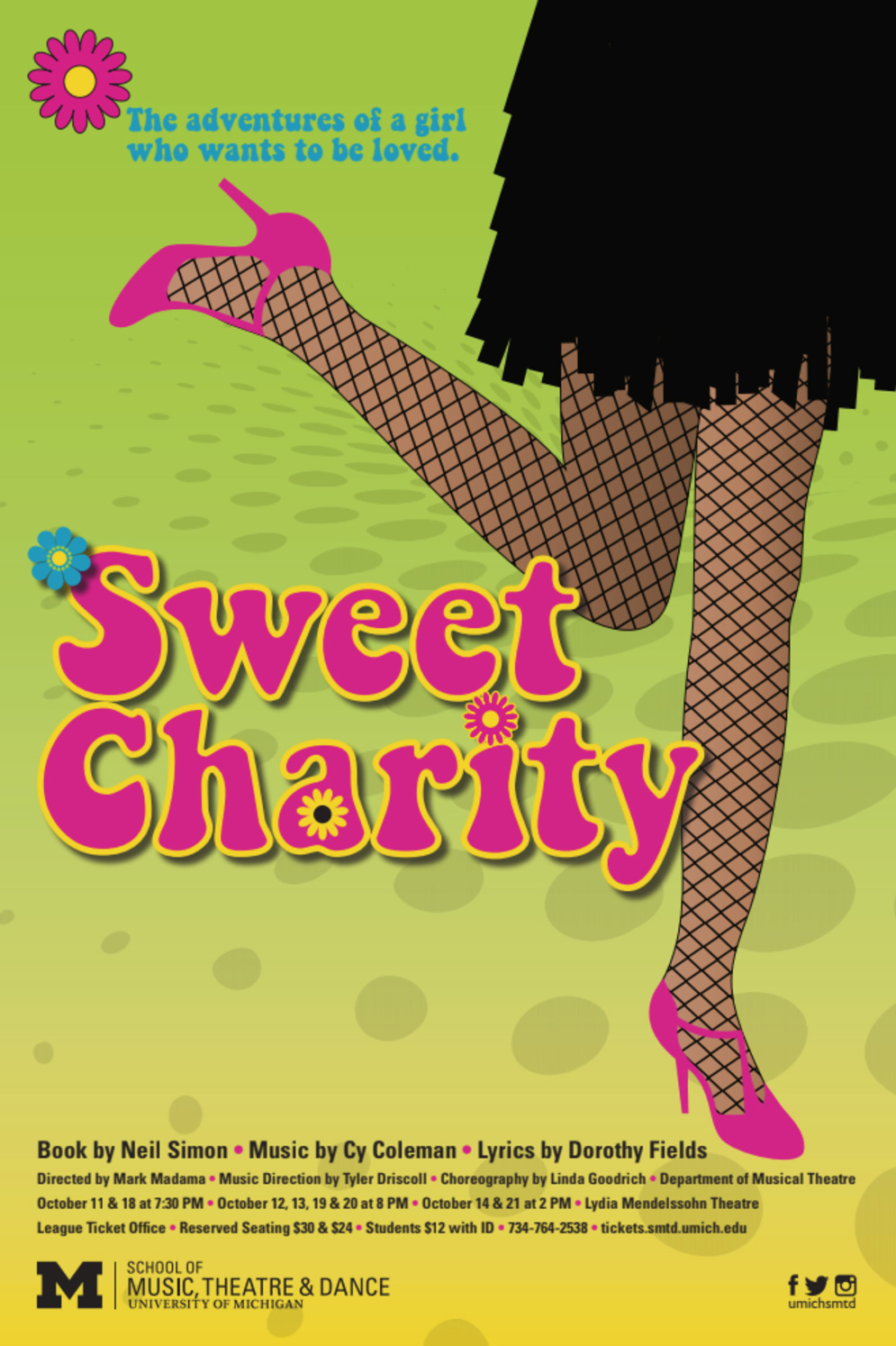 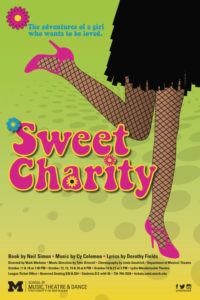 Book by Neil Simon
Music by Cy Coleman
Lyrics by Dorothy Fields
Based on an original screenplay by Federico Fellini, Tullio Pinelli, and Ennio Flaiano

Charity Hope Valentine simply wants to find love. But that’s a hard thing to do in the big city, particularly when one’s dead-end job as a dance-hall hostess for hire doesn’t exactly expose one to the best of potential partners. Ever the eternal optimist, Charity keeps searching. Things start to look up when she finds herself stuck in a broken elevator with a reserved and claustrophobic tax-accountant named Oscar Lindquist. As Charity and Oscar start to date and to get to know each other, her (kept secret) profession looms over the couple. Oscar seems to be falling deeply in love, but will he be able to forgive Charity’s past in order to marry her?

Based on Federico Fellini’s screenplay for Nights of Cabiria, Sweet Charity brought together comic playwright Neil Simon, lyricist Dorothy Fields, and composer Cy Coleman. The musical debuted on Broadway in 1966 starring Gwen Verdon and featuring the distinctive choreography of Bob Fosse. Field and Coleman’s score includes such favorites as “Big Spender,” “If My Friends Could See Me Now,” “The Rhythm of Life,” and “Rich Man’s Frug.” Filled with energy, humor, and heartbreak, Sweet Charity reminds us to be generous with what we have, no matter how little that may be.