The Stearns Collection of Musical Instruments comprises over 2,500 pieces of historical and contemporary musical instruments from all over the world. Built on an initial gift from Frederick Stearns in 1899, the Collection is internationally renowned for its surprising diversity – no other major university collection has such a thorough anthropological approach, exhibiting and promoting instruments from cultures on six continents. It is not only a precious heritage from the past, but also a rich resource for musical, educational, and cultural needs of the present and future. Available to scholars and performers, its many instruments are heard frequently in public performances and discussed in depth through lectures endowed by Virginia Martin Howard.

History of the Stearns Collection

The Stearns Collection has grown immensely since its inception in 1899. Below is a list of highlights, a more complete history, celebrating the Collection’s 100th Anniversary and written by Professor James Borders and then Director, can be accessed here. 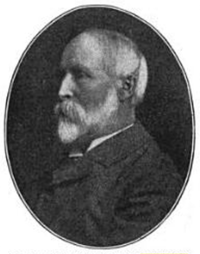 1899 – Frederick Stearns (1831-1907), a successful Detroit businessman, donates an eclectic collection of 940 musical instruments to the University of Michigan.

1914 – The entire collection is put on display in Hill Auditorium in the encyclopedic manner typically found in the early history of museums.

1956 – Four decades later, Professor Robert A. Warner becomes the director of the collection at a time when interests in performance with historically authentic musical instruments is emerging in the musical and scholarly world. In furthering this new interest and in realizing the musical and cultural values of the instruments, Professor Warner begins a process of restoration, promoting the collection through performances and scholarly papers and lectures.

1960 – The collection expands significantly with the establishment of an ethnomusicology program in the School of Music, Theatre & Dance. Professors William Malm and Judith Becker add many instruments to the Collection from their field work.

1966 – The collection acquires a complete Javanese gamelan, today comprising seventy-five gongs, percussion and other instruments, which has become an integral part of the teaching and performance of world musics.

1975 – Due to evolving standards in the style of museum display and out of concern for the long-term preservation of the instruments, the Collection is moved from Hill Auditorium to the Stearns Building.

1980 – Professors William Malm and James Borders become the new director and associate director launching various efforts to implement the mission of the collection. Among these, the publication of the Stearns Newsletter, and the establishment of the Virginia Martin Howard Lecture series are particularly noteworthy. During Professor Malm’s tenure, the Collection moves to the Argus Building and is organized into five categories of musical instruments (chordophones, membranophones, aerophones, idiophones and elctronophons) and subdivided into geographical areas (Europe, Asia, Middle East, Africa, Oceania, South America and North America).

1986 – The Margaret Dow Towsley wing opens in the School of Music’s E.V. Moore Building greatly expanding display opportunities for the Collection beyond the School’s library and lobby venues.

1993 – Professor Malm retires, and is followed by Professors Margo Halsted and Joseph Lam who formulates a new course of development for the Collection with expanded musical programs and restorative projects for musical instruments.

2008 – Assistant Professor Steven Ball succeeds Professor Joseph Lam as the director of the collection. The collection’s online database, holding more than 13,000 digital images, is officially made available to the public for the first time in January, 2011.

2019 – Professor Joseph Gascho takes on the directorship overseeing the continued growth of the Collection, while concerts and lectures are regularly scheduled to advance the knowledge of the world’s musical instruments.

The mission of the Stearns Collection of Musical Instruments is to preserve musical instruments, advance organological knowledge, and to promote understanding of world cultures and musics. To achieve this mission, the Collection actively mounts displays of musical instruments, presents lecture-recitals from national and international performers/speakers, and provides opportunities for organological research. These activities support the musical and intellectual research of the faculty and students at the School of Music, Theatre & Dance, University of Michigan, and also complement the diverse interests at the University of Michigan, aiding its role in the creation, exploration, and understanding of culture in local, state, national, and international communities.

Musical instruments from the immediate and remote past are not only precious objects that deserve preservation, they are also evidence of human creativity, musical technology and heart-felt expressions. Every structural and stylistic feature of a musical instrument is meaningful, reflecting the resources their creators have, the sounds they desire and the messages they want to communicate. Musical instruments reveal evidence of people and cultures and deserve to be preserved by the best means available. Every one of the musical instruments in the Stearns Collection is a treasure of humanity that we want to preserve for not only ourselves but future generations.

As precious and meaningful as all historical and current musical instruments are, they are mere physical objects if they are not used to give voice to the hearts and minds of the peoples living in diverse sites and temporalities. When used expressively, musical instruments and the sound they produce constitute a means for all of us to hear the cultural, ethnic, social, spiritual, and individual yearnings and understandings of humanity.  The Stearns collection aspires to bring a full experience of these instruments and the meanings they carry to audiences of all ages.  Our programs of concerts, lectures, displays and publications about world musical traditions are designed so that audiences may listen skillfully and sympathetically.