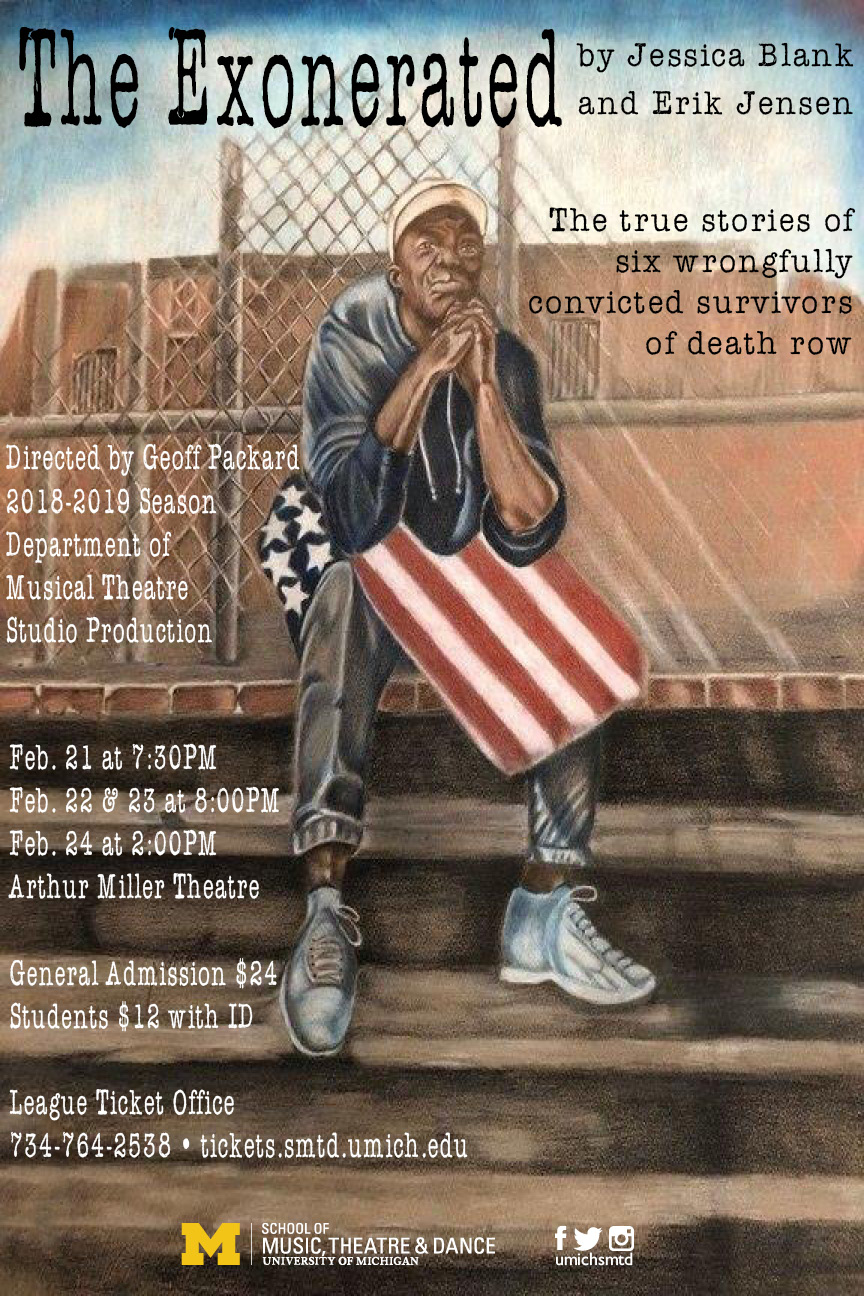 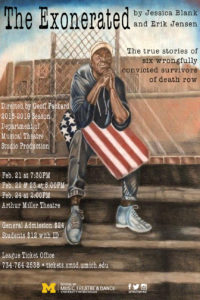 By Jessica Blank and Erik Jensen

“An artful and moving evening of documentary theater (Variety),” The Exonerated follows the true stories of six wrongly convicted inmates and their paths from death row to freedom. Winner of the 2003 Drama Desk for Unique Theatrical Experience and the Outer Critics Circle Award for Outstanding Off-Broadway Play, this ninety-minute drama was made into a movie by the same name in 2005. Don’t miss our musical theatre students in this straight drama sure to spark debate.

The playwrights of The Exonerated, Jensen and Blank, have chosen a thoughtful and succinct dedication to their play:

For the exonerated
and for those who are still waiting

I would like to add to those sentiments by offering a heartfelt thank you to the folks here at the University of Michigan who have dedicated their life’s work to fixing the flaws in our justice system: