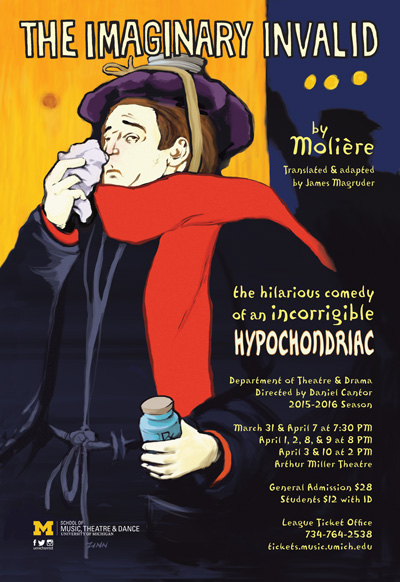 a comedy by Molière
translated and adapted by James Magruder

A self-absorbed hypochondriac of the highest order, Argon keeps two opportunistic physicians busy to his own fiscal dismay. But Argon is no fool despite his foibles, and devises a plan to get all the medical advice (as well as the attention) he needs at no cost — by marrying his daughter to a doctor. Horrified, the entire household goes into overdrive, with outrageous plots and disguises, in an effort to prevent this disastrous marriage to a dolt and to facilitate true love.

Written by Molière, The Imaginary Invalid is a brilliant, comical, and satirical broadside at the medical profession. Considered one of the greatest comic dramatists of all time, Molière was a master of farce -— both as a playwright and performer. Playing the title role when Invalid opened in 1673, Molière was, ironically, gravely ill and collapsed during the fourth performance, dying only an hour later. This contemporary adaptation by James Magruder was commissioned by Yale Repertory Theatre in 1999. In today’s world of medical innovations, WebMD, and HMOs, The Imaginary Invalid is still a masterpiece of comic confusion and scathing social commentary. 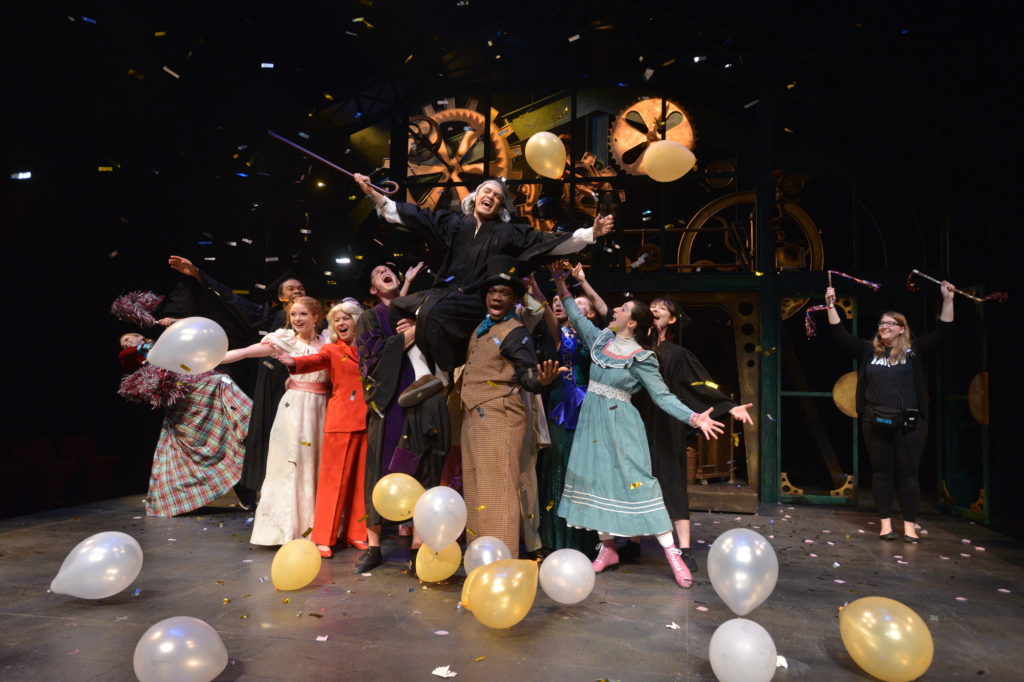 The first association many people have with The Imaginary Invalid is that it’s a satire of the medical profession. While that’s certainly one aspect of the play, I don’t quite see it as the play’s dominant theme. Argan’s hypochondria, his manic pursuit of a cure for his “ills” is, deeper down, an expression of a less definable emotional ache. Argan substitutes a list of imagined maladies for that ache, so to convince himself a material solution is possible. As a variation on that theme, his daughter Angélique similarly “aches.” She, too, thinks the solution lies outside of herself, in her case in the object of her affections, Cléante. If she can just have Cléante, all will be well.

Argan and Angélique each ache, but each in the ways typical of their age: Angélique
pines romantically, while Argan grieves the slipping physical and social power that can come with aging. Indeed, his insistence that he’s ill is as attention getting as anything else – if he’s sick and dying, well, nobody will have license to leave him.

Both Argan and Angélique are naïve or foolish in their own ways. Of course none of us can ever fully escape life’s pangs, though there’s good fun in seeing others try. While ultimately there are no panaceas, how human to believe there are, and how funny to grasp for them. And Molière has created a world of delightful freaks in The Imaginary Invalid, each passionately grasping for silver bullets. To our good fortune, James Magruder has written a spirited and contemporary translation/adaptation of the play that captures the full verve and hilarity of the 1673 original. We hope you enjoy it.