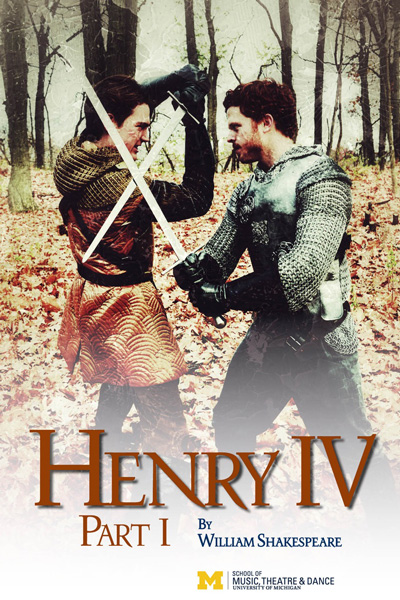 a drama by William Shakespeare

Fresh from his ouster of Richard II, King Henry IV finds no joy in ruling as he faces political derision from those who consider him a usurper to the throne. Even his son Hal is absent, choosing instead to lead a desolate life with the lowly knight Falstaff and his gang of riffraff. As Henry’s reign faces increasing threats from Lord Northumberland and his son Hotspur, Hal must begin his own journey towards honor and the respect of a nation.

Oft called Shakespeare’s greatest history play, Henry IV, Part I debuted in 1596 and was an immediate success on stage and in print. The drama intricately weaves a complex royal history with a realistic portrayal of the common man. In Falstaff, Shakespeare creates his most unforgettable personality – one of quick, irreverent wit and willing irresponsibility. From boisterous comedy, to political intrigue, to the chaos of the battlefield, Henry IV, Part I is a intriguing look at a country and family in turmoil. 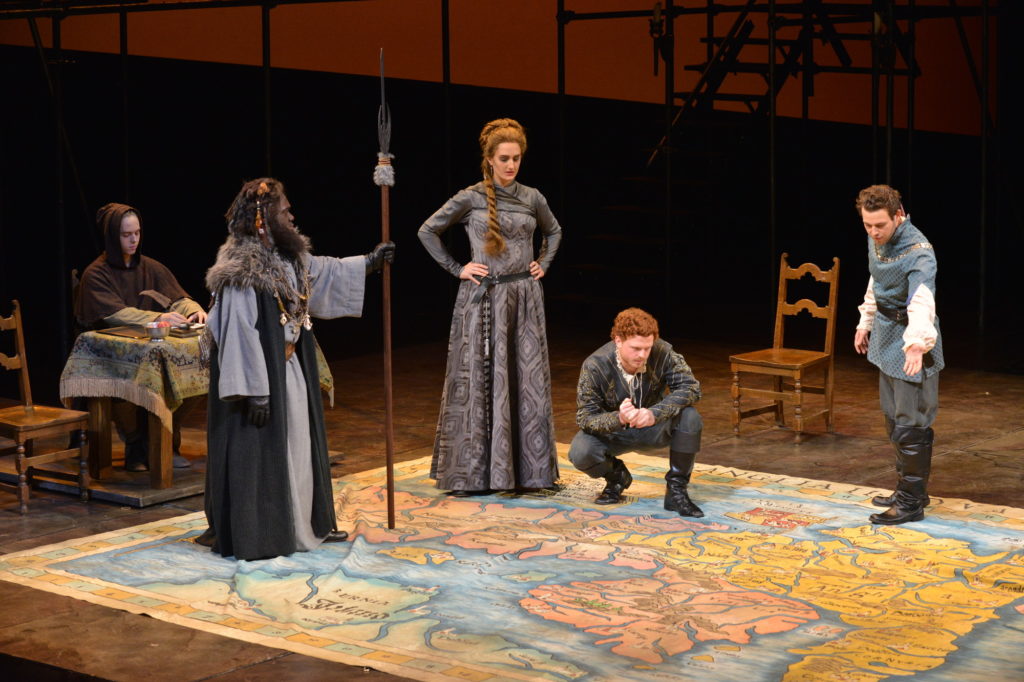 Written some time in the years 1596-97, Henry IV, Part I offers up a rich, if not totally accurate version of the establishment of the Tudor dynasty in England. As the play unfolds, Henry Bolingbroke has deposed Richard II and ascended to the throne. His son, known as Hal, stands poised between princely duties and the temptations of tavern life, extolled by his portly companion and second “father,” Sir John Falstaff. Meanwhile, King Henry faces his own issues of “civil butchery” in the persons of his rival Edmund Mortimer, the Welsh Lord Glendower, and the Northumberland nobles of the Percy clan. Mortimer, also a legitimate heir to Richard’s throne, has been captured by Glendower and is held for ransom. The Percies, tied to Mortimer through the marriage of his sister to Harry Percy (aka Hotspur) demand that King Henry pay the ransom. Henry refuses. In the ensuing months, Glendower decides to marry his own daughter off to Mortimer, and thus ally himself with the rebellious Percies. This uneasy alliance includes Worcester, also a Percy – and in our play – a Machiavellian Duchess instead of a Duke. The pride of this alliance and the Percy family is Hotspur, son of Northumberland – the embodiment of chivalry and honor. Before the Battle of Shrewsbury, Worcester and Sir Richard Vernon meet with the King to settle on terms, saying they will carry the proposal back to the rebel camp. Out of fear for future reprisals, Worcester tells the rebels that the King wants war, rather than the peace he actually offers.

At the climactic Battle of Shrewsbury, Glendower begs off coming at all, using dire prophecy as his excuse; Mortimer never “shows;” and even Hotspur’s own father, the Earl of Northumberland, sends word he is “sick.” Meanwhile Hal fights bravely with the King’s soldiers, and tolerates Falstaff’s disreputable tricks on the battlefield. Left to fight with only his family’s troops and the Scottish Earl of Douglas, Hotspur is killed by Prince Hal and Worcester is captured and beheaded (offstage) along with Vernon. The play ends with an uneasy peace in the land. Hal is redeemed in the eyes of his ailing father. He must now prepare to assume the throne, and deal with Falstaff, but that is for another play.