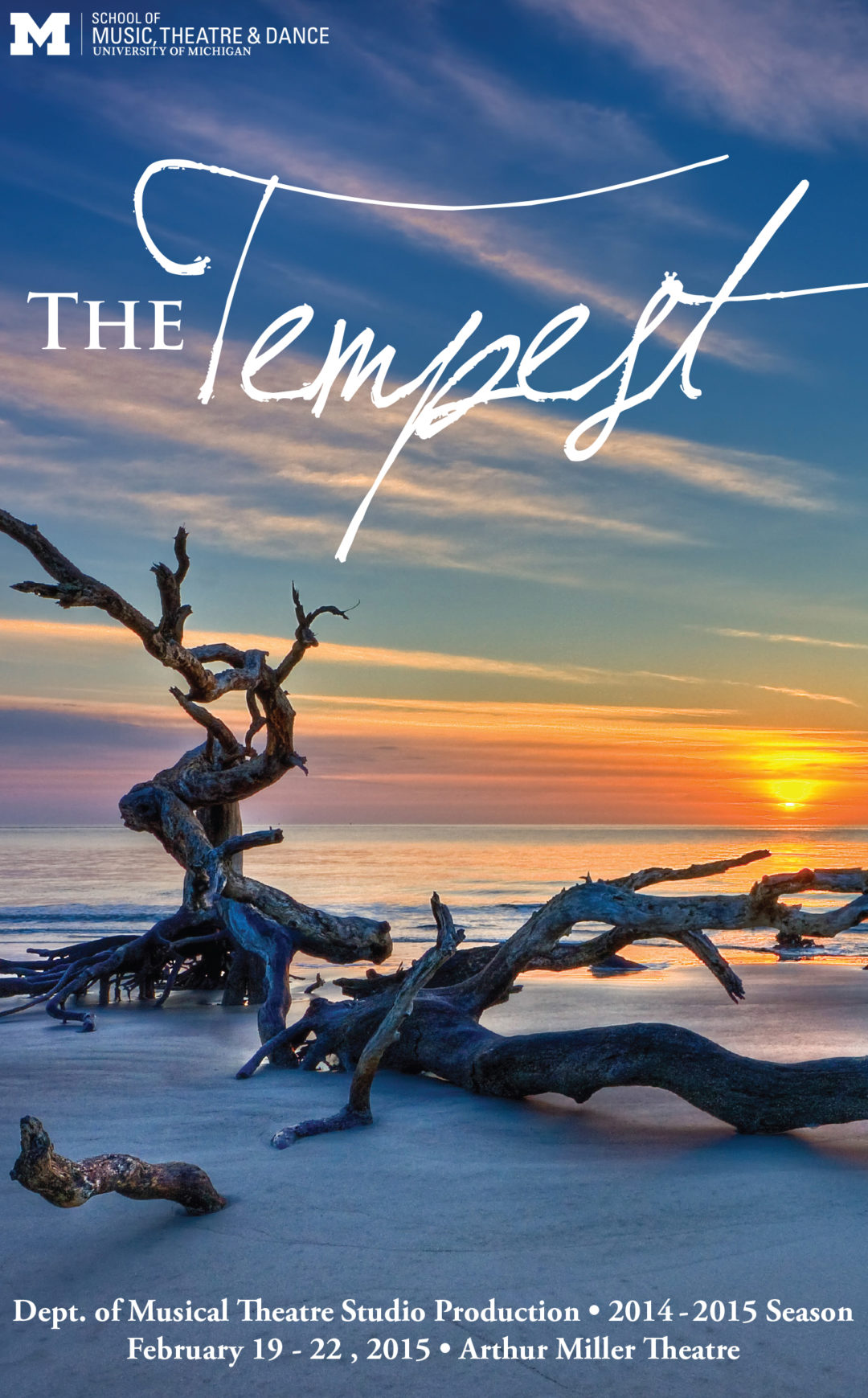 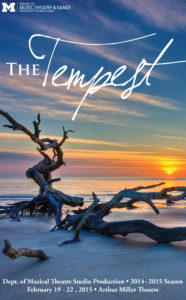 An enchanted isle comes to life in Shakespeare’s last great romance play, The Tempest. Regarded as one of his most beautiful and accomplished, if also most mysterious plays, it evocatively yet elusively touches on themes of art and nature, appearance and reality, immortality and death. An enduring masterpiece of forgiveness, redemption, and renewal that has delighted audiences for over 400 years, The Tempest features musical theatre students in a spoken play. 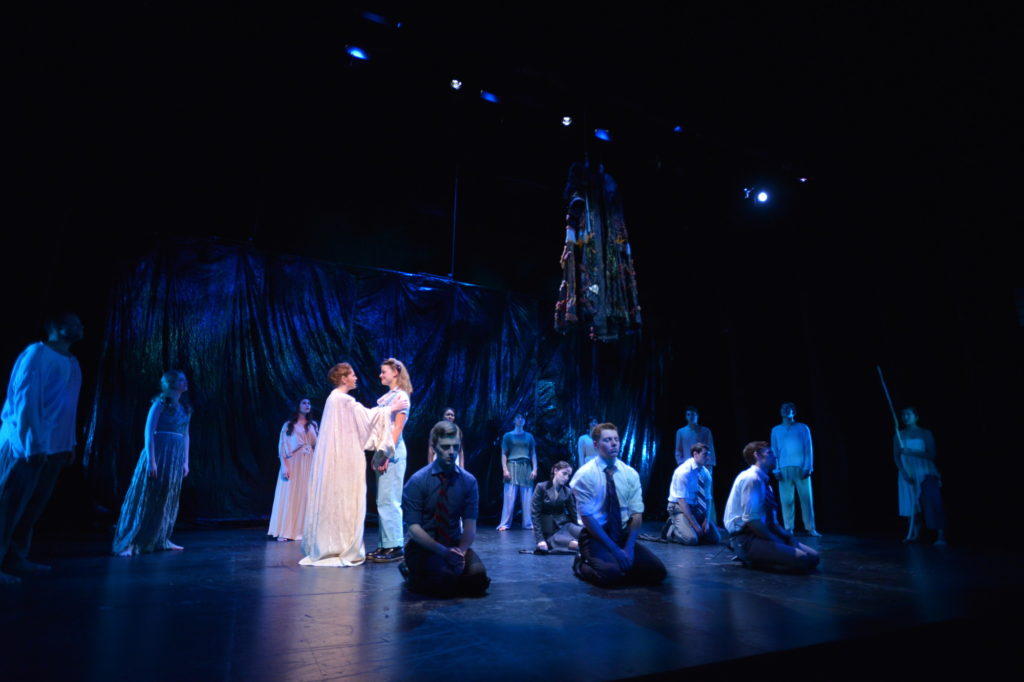 The Tempest. I first doubled as Antonio and Stephano in College, was a Dancing Sailor in Derek Jarman’s film, was Trinculo twice in the SMTD’s Power Center productions, called my company Prospero Theatre Company, and my first full-length original piece was The Caliban Motel referred to by the Detroit Free Press critic as “Theatre of Crud.” I do truly love this play and am yet again astounded by new discoveries as we have worked on it. I have stolen Jarman’s idea of replacing the Goddesses scene with the song “Stormy Weather.” The content of this Masque is less important than the gift it brings to the soon-to-be-weds and the audience: the gift originally a parting one from the Bard to his public.