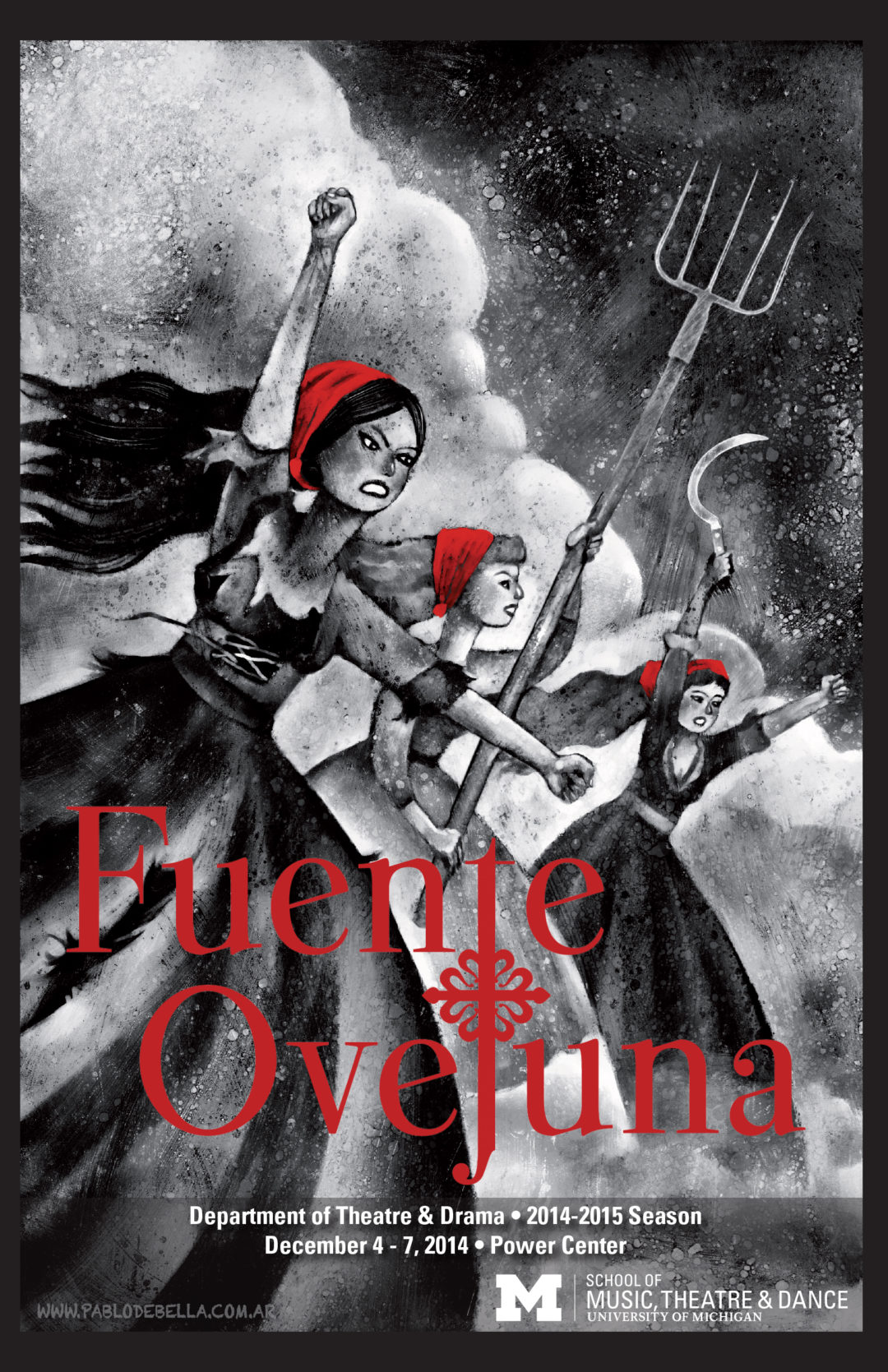 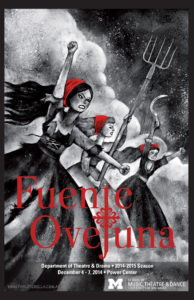 (Murder by everyone and no one)

The Story: Based on an actual event in 15th century Spain, the drama tells the story of the heroism of a small, rural town called Fuente Ovejuna (pronounced “fwentay ovah-huna”). Set in the midst of a dynastic power struggle for the crown of Castile in 1476, Fuente Ovejuna is run by a rapacious and cruel overlord, Commander Guzmán. The villagers endure the atrocities carried out by Guzmán and his men until one day he goes too far – kidnapping the mayor’s daughter, Laurencia, and her fiancé on their wedding day. Escaping Guzmán’s clutches, Laurencia galvanizes the town to finally extract their revenge on the fiend. However, killing a nobleman carries a penalty and authorities are sent in to punish the offenders. In a show of solidarity, the villagers find a unique way to thwart their inquisitors and declare their loyalty to King Ferdinand and Queen Isabella.

Background: Often called the “Spanish Shakespeare,” Lope de Vega (1562-1635) was one of the most celebrated and prolific dramatists of the Spanish Golden Age. In Fuente Ovejuna, written in 1612, Lope gives a voice to the people, attributing to them a collective power unheard of for his time. British playwright Adrian Mitchell’s vivid 1989 translation/adaption of the play for the National Theatre played to great acclaim. The London Financial Times called the play “…one of the least known famous titles in the world repertoire…it seizes one’s attention from the start and never lets go.” An incredibly stirring work, Fuente Ovejuna remains a rallying cry for communal courage. 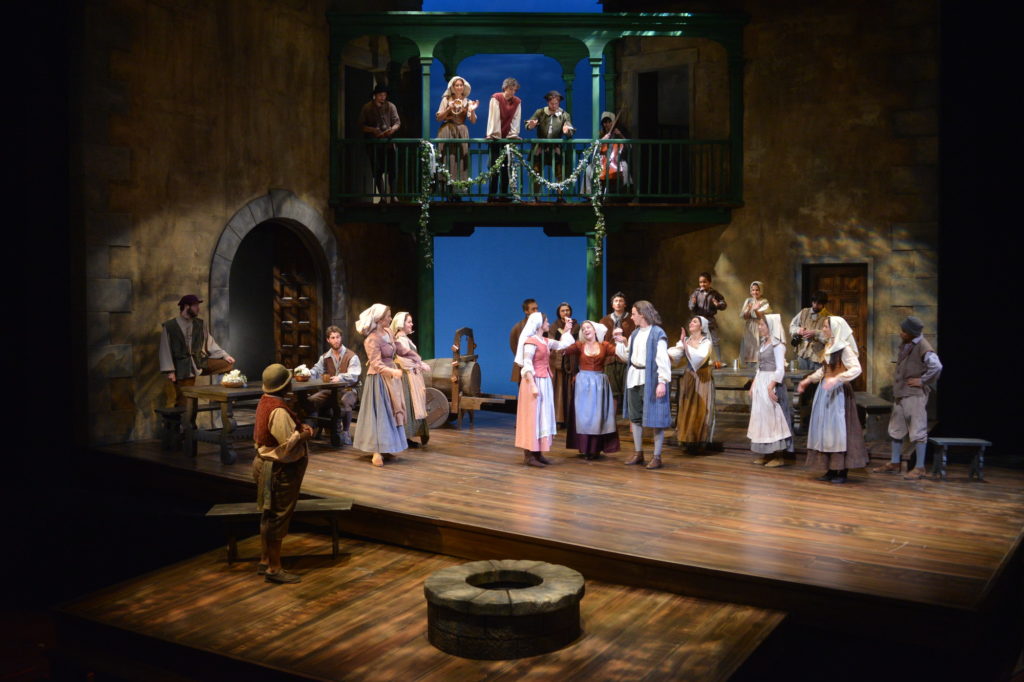