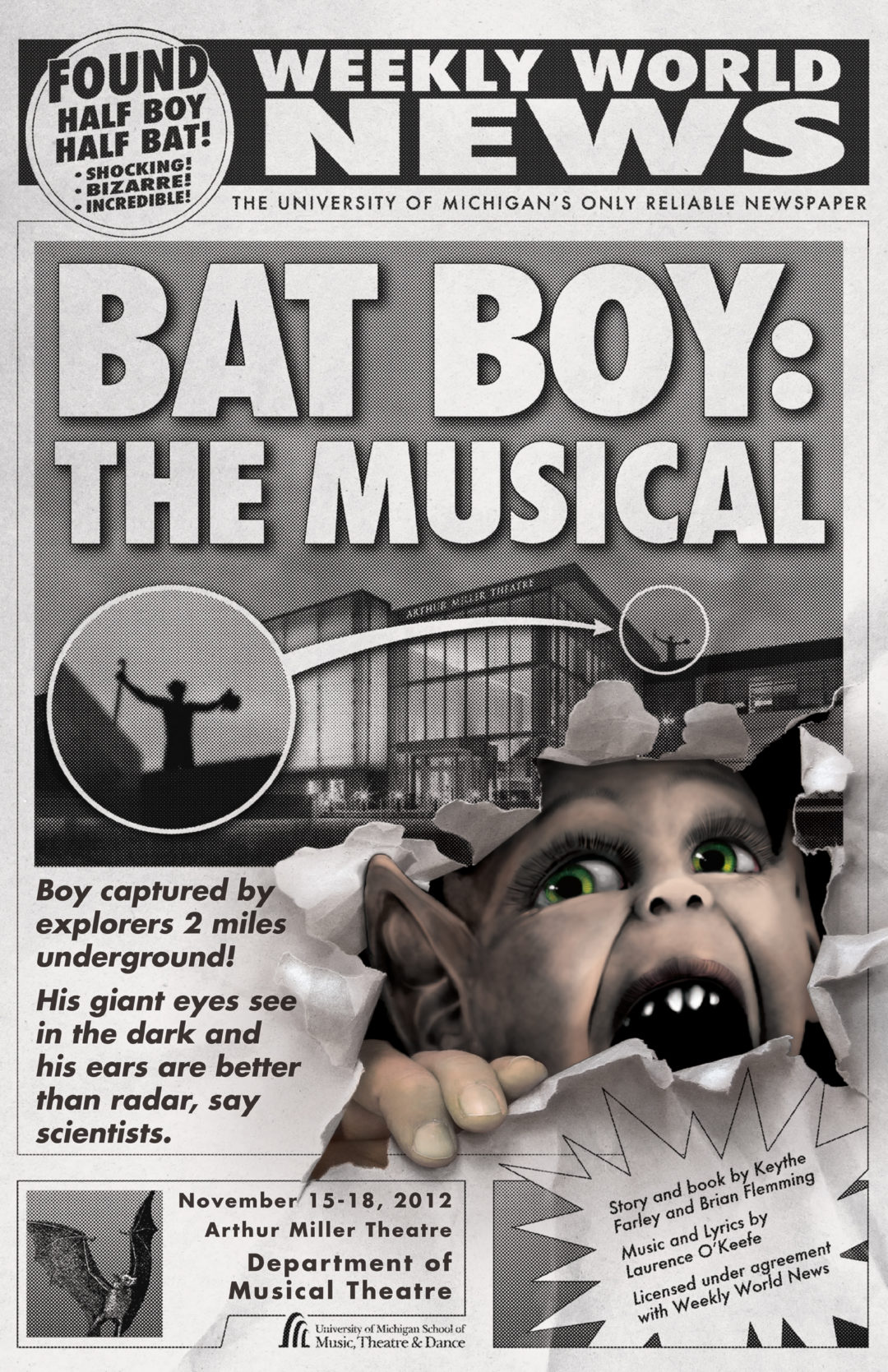 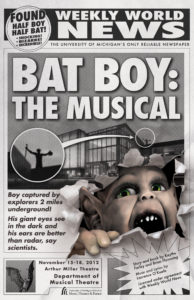 The Story: Ripped from the headlines of the Weekly World News: “Found in West Virginia Cave — a half boy, half bat!” When three spelunking teens are attacked by a mutant creature in a cave outside of Hope Falls, West Va., they drag him back to the town Sheriff. Unsure where to put him, the Sheriff delivers the bat boy to the local veterinarian Dr. Parker, whose wife takes in the bat boy to raise as her own. Renamed Edgar, the bat boy learns to speak, becomes civilized, and falls in love with the vet’s daughter. Meanwhile, strange things are happening around Hope Falls and with a jealous Dr. Parker determined to undermine Edgar’s hold on his family, things don’t look too hopeful for Edgar. Will Edgar be able to convince the townfolk to accept him or will shocking events reveal more horrifying truths?

Background: Bat Boy: The Musical debuted in 1997 at the Actors Gang Theatre in Los Angeles. The musical, written by Keythe Farley and Brian Flemming with music by Laurence O’Keefe (Legally Blonde), moved to Off-Broadway in 2001, winning the Lucille Lortel and Outer Critics Circle Awards for Best Musical. Featuring an eclectic score that ranges from rap to gospel to classical, the show is a mix of affectionate irreverence and hilarious plot twists. The New York Times declared “It’s remarkable what intelligent wit can accomplish” and Curtain Up called Bat Boy “a wacky but witty cult-in-the-making show” much like The Rocky Horror Picture Show. Dare to be spooked and laugh out loud at this surprising tale that exposes the beast lurking in all of us. 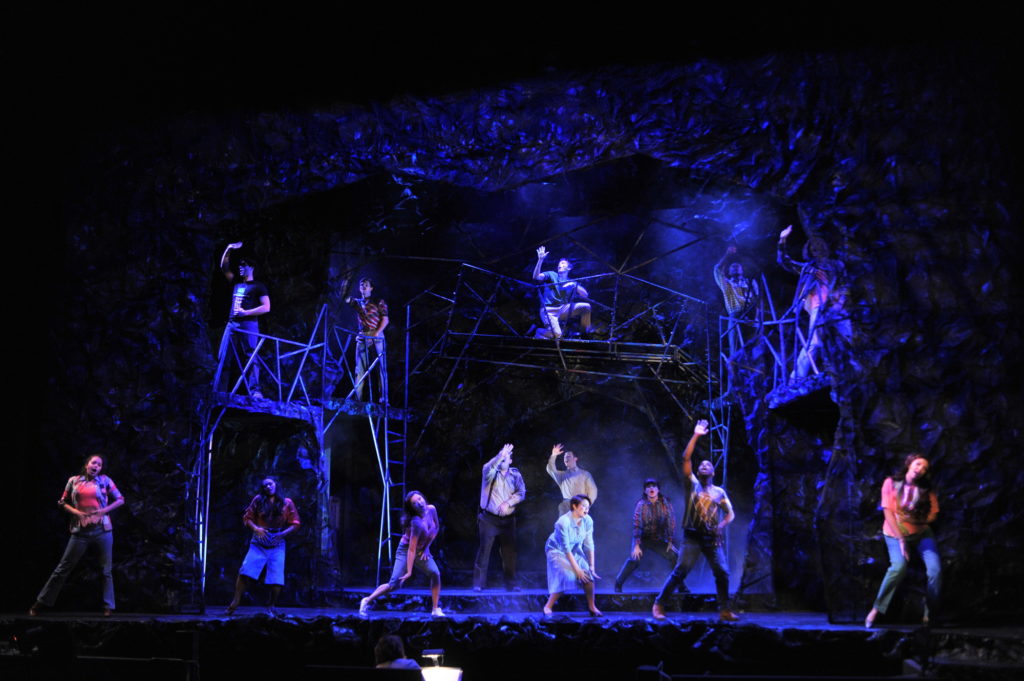