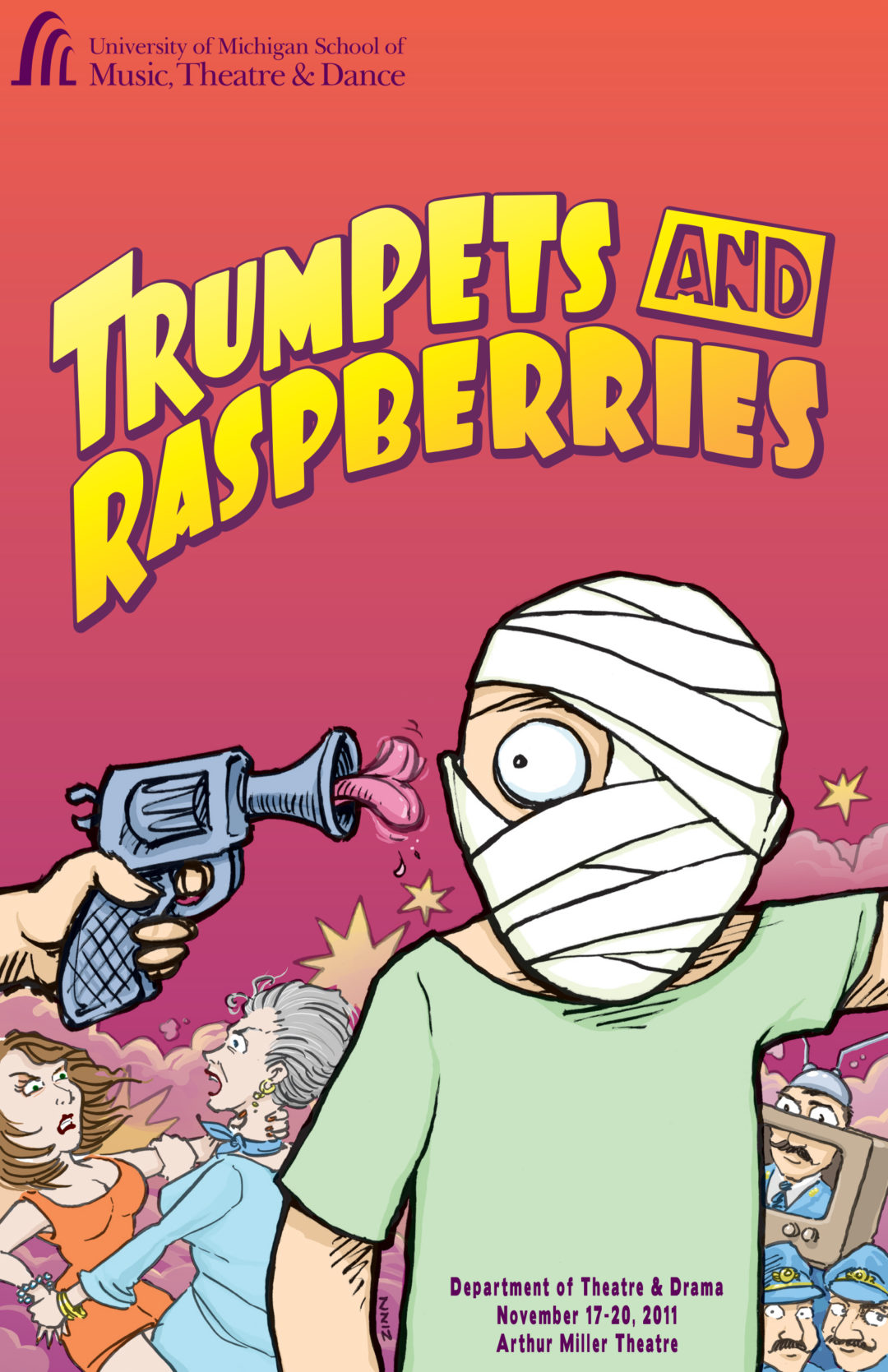 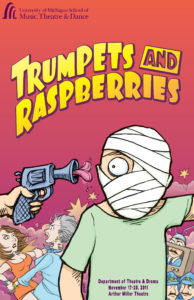 a comedy by Dario Fo
Translated by R.C. McAvoy and A.M. Giugni

The Story: Rescuing a man from a burning car, union worker Antonio finds himself under gunfire from the man’s would-be kidnappers. In escaping, Antonio accidentally leaves his coat behind on the disfigured victim, who turns out to be the wealthy Fiat industrialist Giovanni Agnelli, Antonio’s boss. When the unconscious Agnelli ends up at the hospital, everyone assumes he’s Antonio – and the plastic surgeons mistakenly reconstruct Agnelli’s face to look like Antonio’s. Mix in Antonio’s emotional, estranged wife, his loving mistress, secret agents, and inept detectives, and the result is “a cheerfully seditious tumble of mistaken identity, international espionage, and punchinello impertinence” (NY Times). Reminiscent of the Marx Brother’s antics, Trumpets & Raspberries is a farce with a thread of political satire.

Background: An influential Italian theatre artist and political satirist, Dario Fo is one of the world’s most frequently performed living playwrights. From the sensational play Mistero Buffo in 1969, to works including Accidental Death of an Anarchist and We Can’t Pay, We Won’t Pay, Fo has continuously created plays that pair popular entertainment with controversial political commentary. His works, often subject to censorship, use traditional forms of commedia dell’arte, which include improvisation and audience interaction. In 1997, Fo was awarded the Nobel Prize for Literature for “[his] blend of laughter and gravity [that] opens our eyes to abuses and  injustices in society and also the wider historical perspective in which  they can be placed.” Premiering in 1981, Trumpets & Raspberries was based upon the richest man and head of the largest car company in Italy at the time. Join us for this rare opportunity to experience Fo’s brilliant and very funny work.

Trumpets and Raspberries is a strange fiction that refers to an even stranger reality. The Italy of Fo’s play is chaotic, backward, and filled with cheats, but the actual Italy of 1980 also seems made up, like a theatrical dystopia. Factory workers toiled in “unreal” conditions, terrorists made operatic gestures against the state, and industry leaders morphed into greedy caricatures of themselves (see: any picture of Gianni Agnelli). Several characters in Trumpets and Raspberries directly mention the “theatre” of everyday life, implying that maybe Dario Fo’s absurdist play is no less real than the absurd theatre of so-called “reality.”

The 1978 kidnapping of the left-wing politician, Aldo Moro, by the terrorist Red Brigades set the stage for a national tragedy that would involve many players and end with Moro’s murder. At the end of Trumpets, written just three years after this incident, Fo re-imagines the kidnapping in order to make a direct statement about government and big capital. In the bad theatre of reality, leaders did nothing to save Moro; in the satirical theatre of Fo, they rush to the defense of Agnelli.

We are reviving this show in a country and era where many facts seem better suited to fiction – where, for example, 80% of national wealth goes to the top 1% of earners.
You might imagine a musical where a chorus of 100 dancers orders a pizza with 100 slices. Now imagine the first dancer takes 80 slices. This might be fun to watch onstage, played out by actors or clowns, but this is not a musical – it is America. How can we imagine something as absurd as CEO holiday bonuses or the futures market? Like Fo, we must use the cathartic absurdity of theatre and poetry in order to counter the ugly absurdity of “rugged individualism” and corporate deregulation.

Wherever you find yourself in the chorus line, I pray you enjoy the next two hours.

For some reason there are other lives I believe I should have led, other countries I should have lived in and other bodies that I feel live inside me. I should have been a dancer with Diaghilev’s Ballets Russes in the early 1900’s. I should have been born in France. Dario Fo is one of the beings that possesses me! His spirit of socially committed, maniacally hilarious, intellectually grounded, sharply observed and technically incandescent theatre is something that I aspire to and am inspired by.

I am never surprised by the enthusiasm with which our students attack material outside the traditional American canon. The seed of work like this, play, is central to the life of an actor. Play is the apple of seduction that led all these young actors into theatre as a profession and it is a facility that must be nourished. So with the fanfare of the Trumpets and the derision of the Raspberries (Bronx Cheers): Giochiamo!