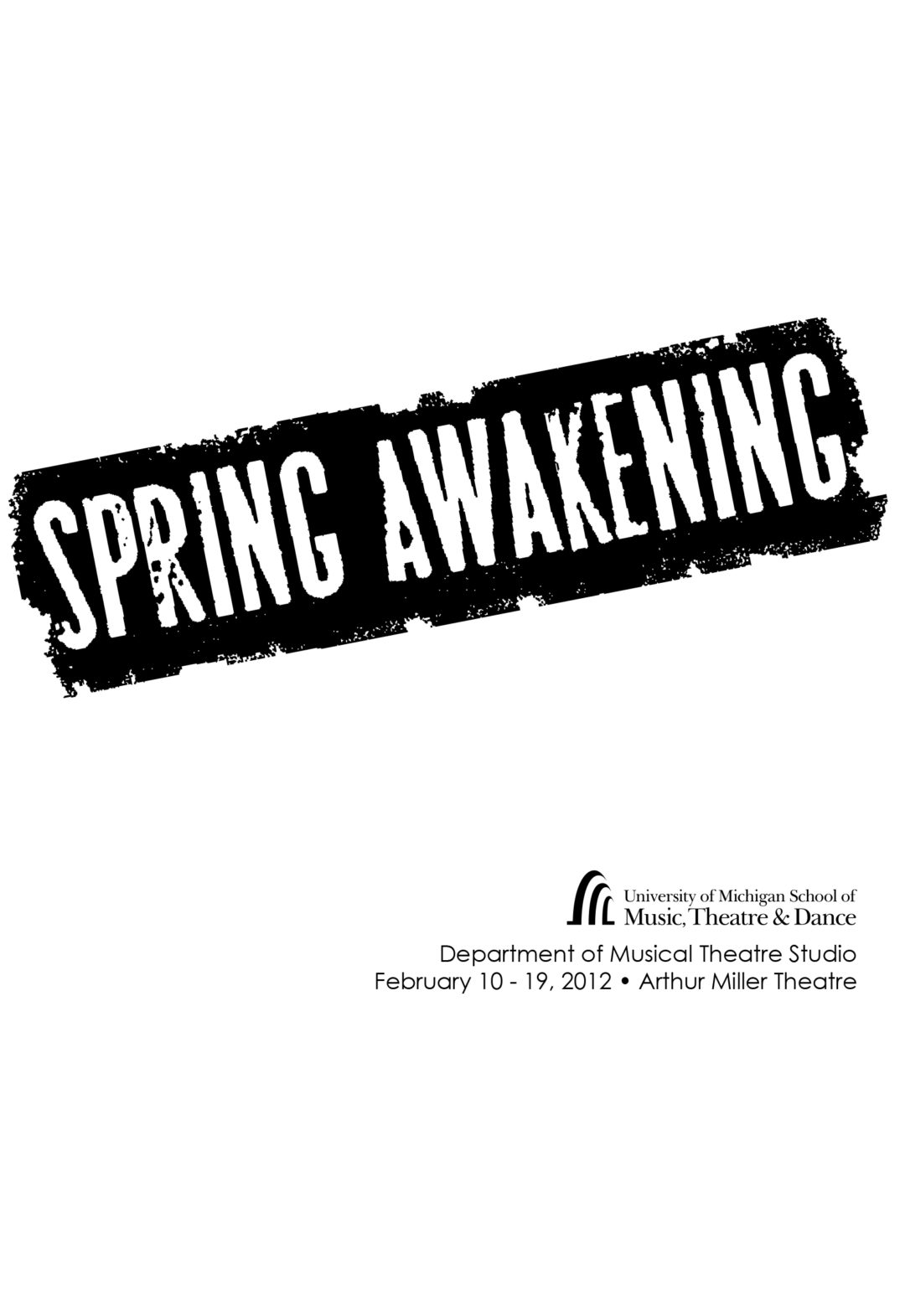 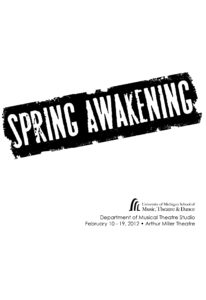 Winner of 8 Tony Awards, including Best Musical, The New York Times declared Spring Awakening “Haunting and electrifying! This brave new musical has a shivery, sensual allure unmatched by anything in the theater right now.” Adapted from Frank Wedekind’s 1891 expressionist play about the trials, tears, and exhilaration of the teen years, Spring Awakening traces the journey from youth to adulthood with power, poignancy, and passion.

When Spring Awakening premiered on Broadway in 2006, it was called “a straight shot of eroticism,” “breathtakingly outrageously brilliant,” and “electrifying.” Reviews insisted that this pop-rock musical would change the Broadway musical forever, adding a level of sexual intensity never seen before. With the sexual nature of the show, naturally, controversy followed close behind. As the show gained a cult teen following, parents began to take notice. The musical opened doors to teenage sexuality, confusion, and depression. The themes and images that drew a teenage audience are exactly the themes and images that compelled certain adults to spurn the show. What these critics may not have realized was how well they were following the example set by their predecessors.

Steven Sater and Duncan Sheik’s musical is adapted from German dramatist Frank Wedekind’s 1891 play of the same name. Interestingly, the source material is even more controversial and in your face than its contemporary counterpart. In the play, there is date rape. The musical transforms that act to what reviews have referred to as “simple” or even “boring” consensual sex. The older generation is even harsher in the play. They are not given the redeeming qualities of mourning and regret that are seen in the musical. And suicide, which the musical boldly tackles and warns against in the final scenes, is glorified by its victim in the play.

For these reasons and many more, Wedekind’s play was only performed twice during his lifetime, once in Germany and once in America. It took Wedekind fifteen years to get the play produced at all, and even then it did not reach a broad audience. Each of the runs in the early 20th century only lasted a handful of performances before being banned for “pornographic content.” There was renewed interest in the daring and somewhat mythically edgy play in England in the 1960s, but Wedekind was still too far ahead of his time. One of the performances was shut down immediately, and the second attempt was halted before even entering a theatre.

It wasn’t until 1995, over 100 years after Wedekind first wrote the expressionist teenage
sexual coming-of-age story, that Spring Awakening was given the English adaptation and subsequent production it deserved. The Royal Shakespeare Company commissioned English playwright Ted Hughes to do an adaptation of the work. From this adaptation, that retained Wedekind’s original revolutionary ideas and did not censor some of the grittier scenes as previous adaptations had, the public was again able to delve into the haunting teenage psyche. In this newest adaptation with a pop-rock score, Sater and Sheik found another way to demonstrate the plays themes, exposing the inner monologues of these tortured teens.