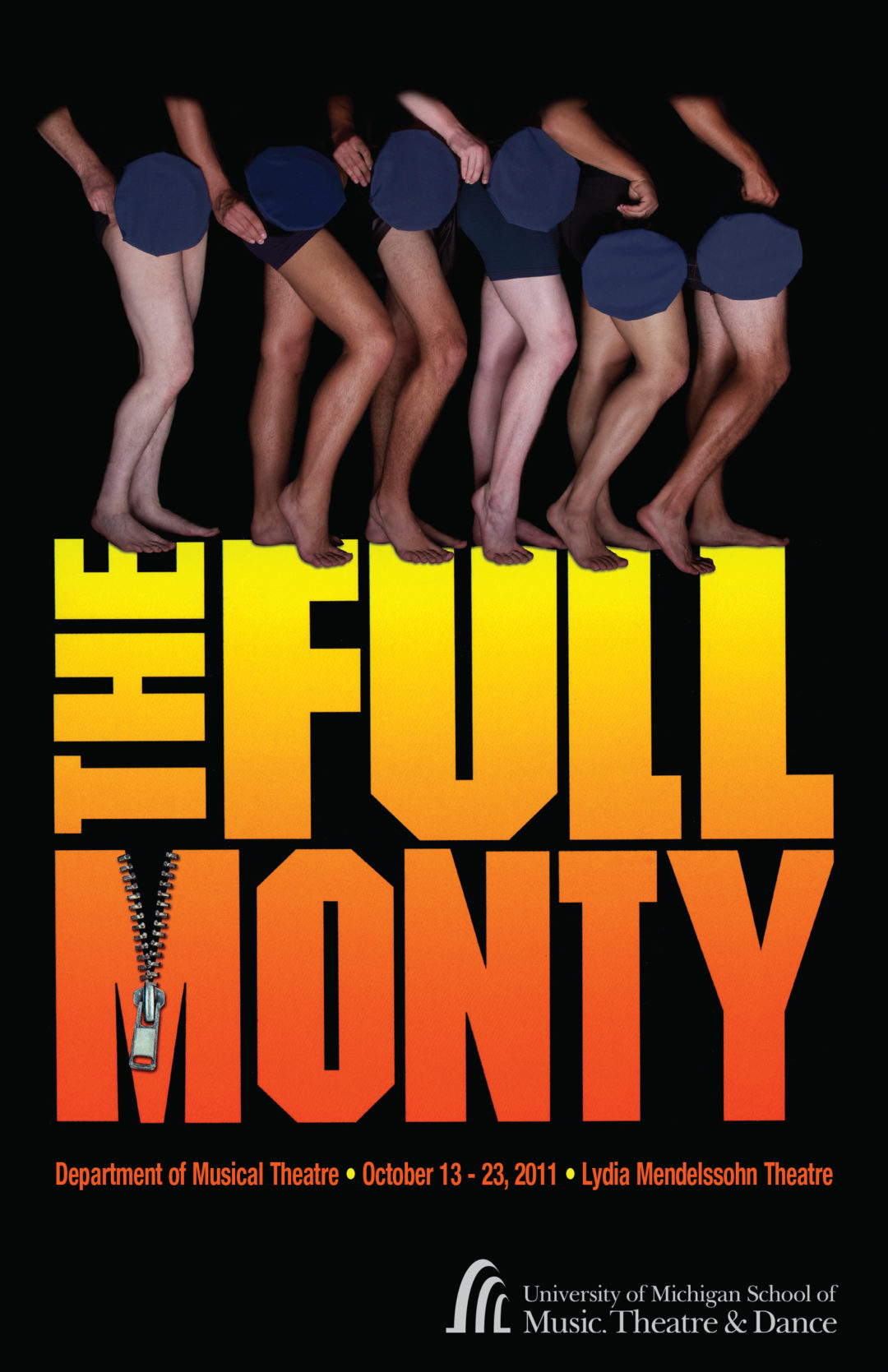 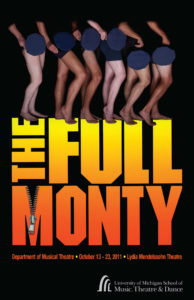 Book by Terrence McNally
Music and lyrics by David Yazbek

The Story: Jerry and Dave, downsized steelworkers in Buffalo, NY, bemoan their inability to find a job after 18 months of searching. A young father, Jerry is particularly desperate for cash to pay overdue child support in order to retain visitation with his son. When Jerry notices Dave’s wife’s enthusiasm for a touring Chippendales show, he comes up with a bold plan – they will present their own strip show featuring local men to earn money. After enlisting four more of their unemployed brethren, the group starts the unnerving process of creating their show. Emboldened by deepening friendships as their tough-guy façades break down, the men find renewed self-esteem and the courage to take their scheme all the way.

Background: A sleeper British film, The Full Monty charmed millions upon its release in 1997. Director and UM Alum Jack O’Brien, together with writer Terrence McNally (Ragtime) and newcomer musical composer David Yazbek, adapted the story by transporting the setting from England to Buffalo, NY. Featuring a boisterous and witty score, the musical debuted in a sold-out run at the Old Globe Theatre in San Diego before transferring to Broadway in 2000. Ben Brantley (NY Times) called it a “rare aggressive crowd pleaser that you don’t have to apologize for liking.” USA TODAY declared the show “one of the most entertaining and exhilarating productions you’re likely to see.” Filled with honest affection and engaging melodies, The Full Monty both entertains and grabs your heart.