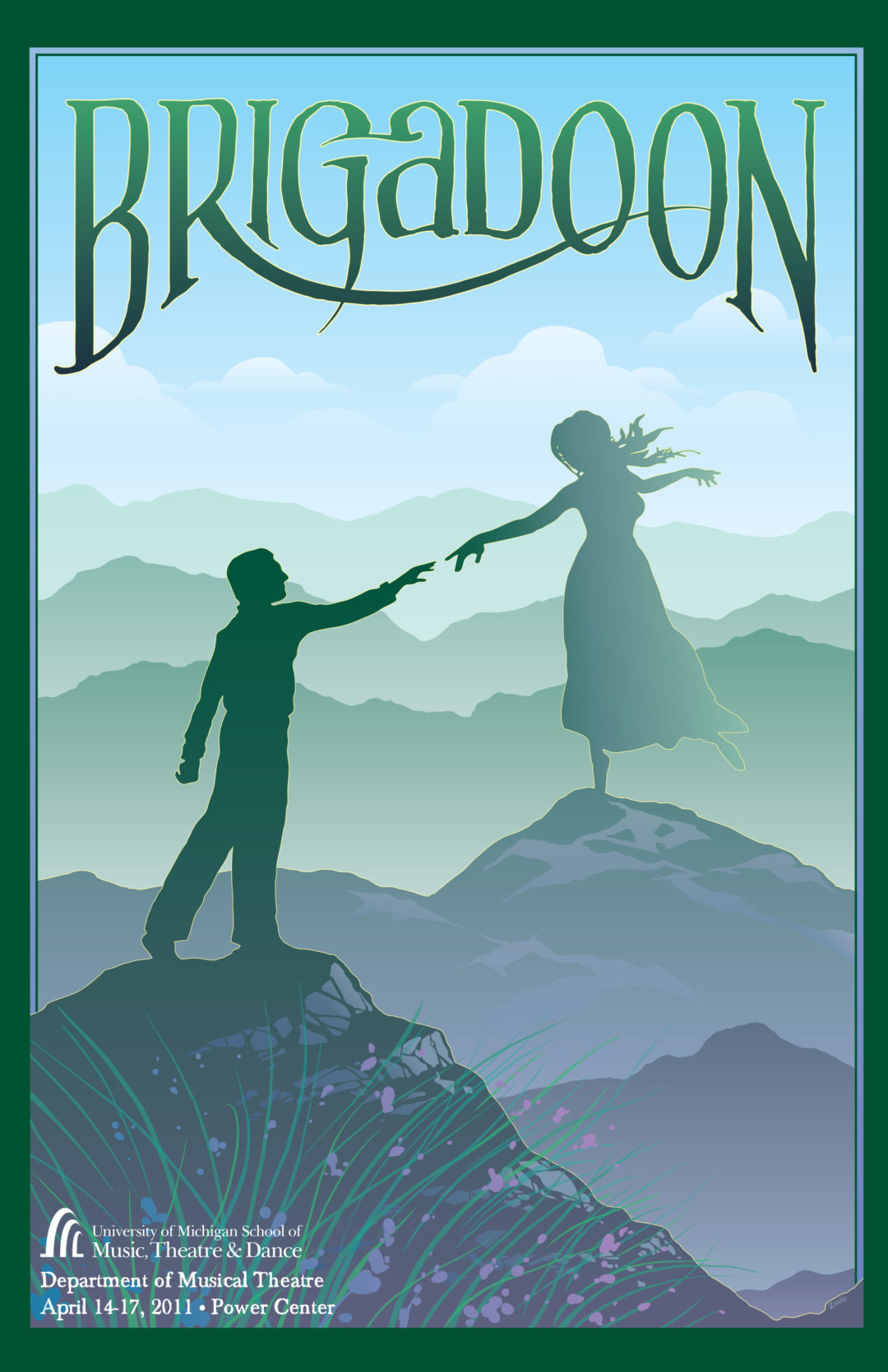 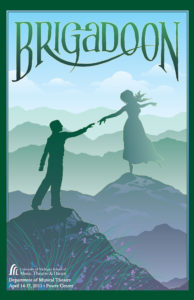 The Story:  Having become lost in the mists of the Scottish highlands two young American travelers, Tommy and Jeff, chance upon a quaint village not on their map – Brigadoon. The two men quickly get swept up in the village’s preparations for a wedding. While Tommy and the sister of the bride, Fiona, gather heather for the ceremony, their attraction grows. But as charming as Brigadoon appears, Tommy and Jeff notice anachronistic oddities about the town. The schoolmaster, Mr. Lundie, explains that Brigadoon has been blessed by God – in order to shield it from the evils of the outside world, the town awakens for only one day each century. No one may leave err the spell be broken and the town disappear forever. Strangers, if they be in love, may choose to stay. Torn between the modern world and the love growing in his heart for Fiona, Tommy must choose his path before Brigadoon disappears once again into the mists.

Artistic Significance:  Premiering in 1947, Brigadoon established the team of Alan Jay Lerner and Frederick Loewe as one of the most successful songwriting duos in the Golden Age of musical theatre. Filled with memorable songs such as “The Heather on the Hill,” “Come to Me, Bend to Me,” and “Almost Like Being in Love,” Lerner and Loewe’s whimsical musical fantasy weaves music, dance, and story into an enchanting tribute to romantic love. Winner of the 1947 New York Drama Critics Circle Award for Best Play (the first musical to win the honor), Brigadoon allows us to escape to a world where “when one loves deeply enough, anythin’ is possible. Even miracles.”