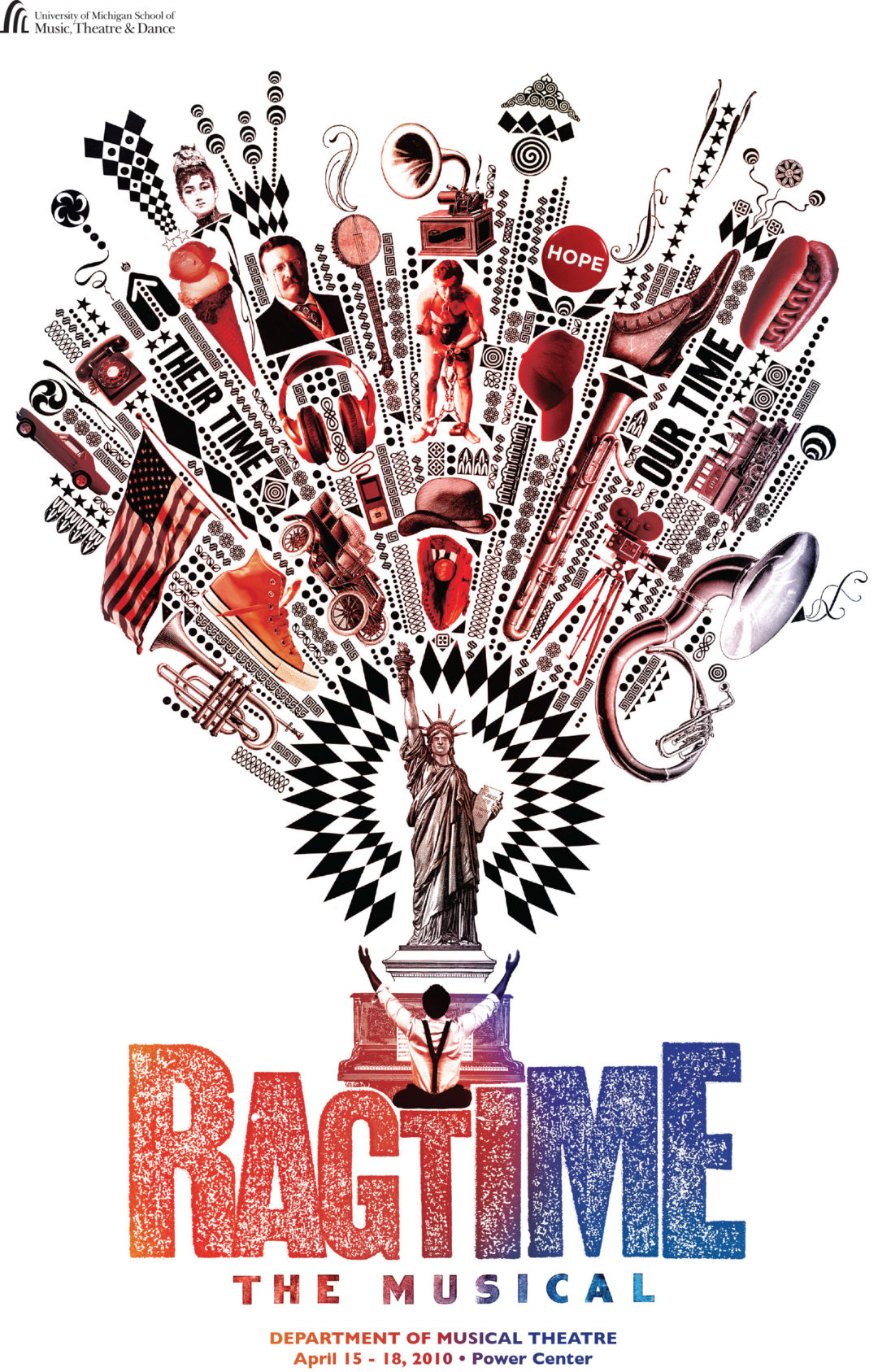 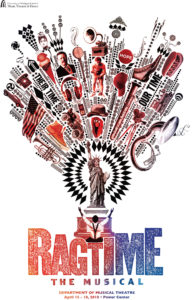 Music by Stephen Flaherty
Lyrics by Lynne Ahrens
Book by Terrence McNally
Based on the novel by E. L. Doctorow

The Story: It is 1906 in America, the land of opportunity. Three diverse groups in New York City – a protestant, white, middle-class family, a Jewish immigrant and his daughter, and an African American musician and his girlfriend – are experiencing dizzying changes in American society. Industrial expansion with the burgeoning labor movement, waves of immigration, newfound freedom for blacks, and woman’s rights are affecting them in dramatic ways. As their lives unexpectedly intertwine with each other and with historical personalities of the era such as J.P. Morgan, Harry Houdini, Evelyn Nesbit, and Booker T. Washington, some embrace the changes with new hope while others bear the bitter realization that promised opportunities may still be out of their reach.

Artistic Significance: Written by the musical team of Stephen Flaherty and Lynn Ahrens (Seussical) with a book by Terrence McNally (Kiss of the Spider Woman), Ragtime is based on the 1975 award-winning novel by E. L. Doctorow. The diverse score incorporates Jewish folk songs, vaudeville, jazz, and, of course, ragtime, featuring such songs as “Wheels of a Dream,” “Your Daddy’s Son,” “Make Them Hear You,” and the rousing opening title number. The show garnered 13 Tony nominations in 1998, winning for Best Score, Book, and Orchestrations (losing the top honor to The Lion King). The New Yorker declared the show “a powerful musical experience.” Filled with heartbreak and hope, Ragtime is a dazzling panorama depicting the strength of America.