You Never Can Tell 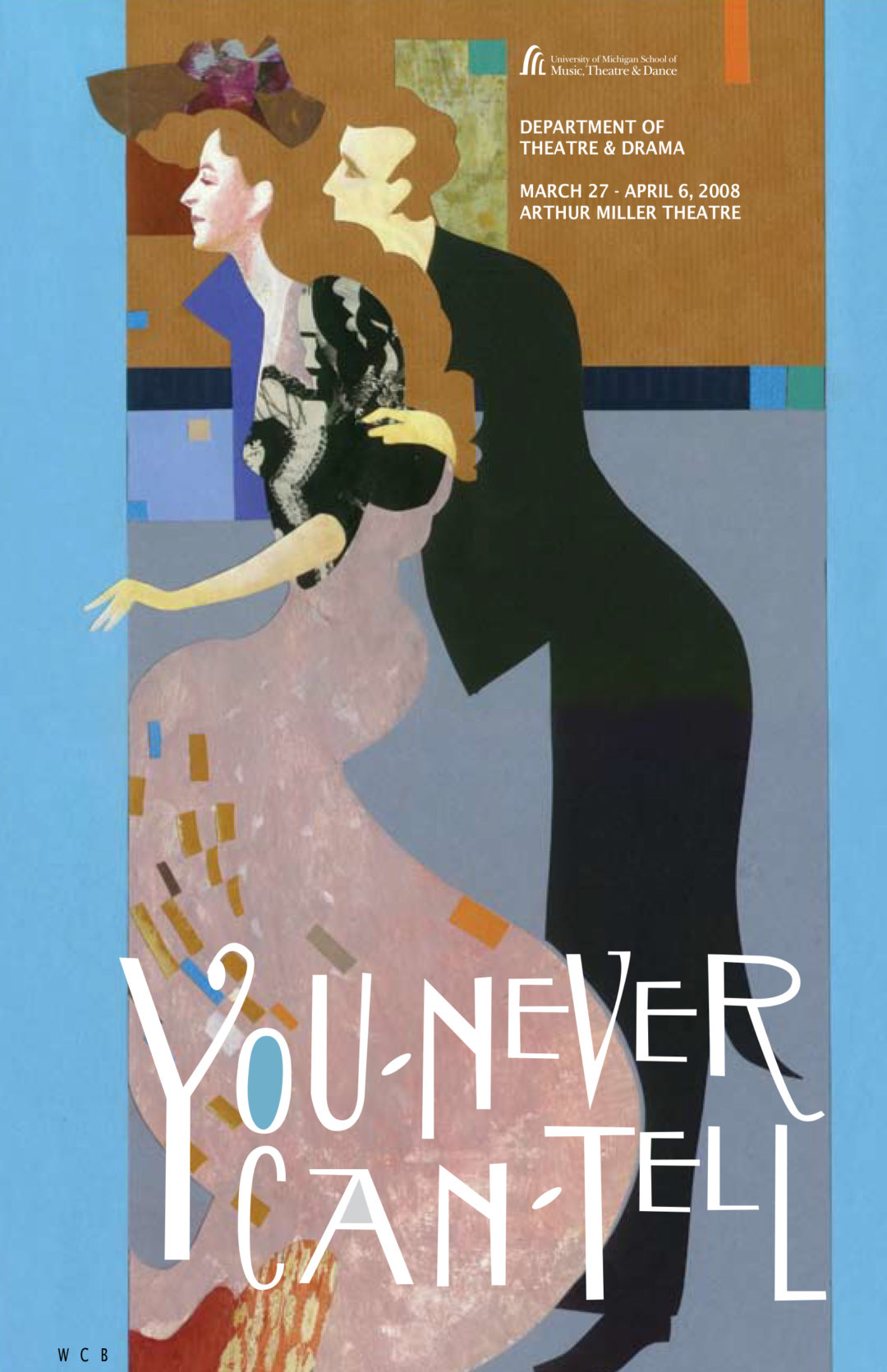 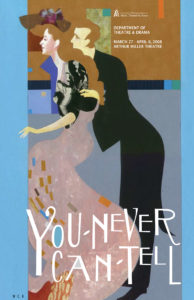 You Never Can Tell

The Story: Who knew that a trip to the dentist could be so enjoyable? The Clandon family, consisting of their modern mother, a famed writer of moralist treatises, and three young adults, returns to England after an eighteen-year self-imposed exile in Spain. Vexed by the class-consciousness of English society where everyone wants to know the name of their father, the three children ply their reluctant mother to reveal his identity. When they invite a local dentist, Valentine, and his landlord for lunch, coincidences abound when the landlord turns out to be the family’s long-estranged father!  As the entire family reacts to the sudden reunion, Valentine uses shameless flattery and intellectual guile to try to win over the free-thinking, strong-willed eldest daughter. You Never Can Tell is a splendid confection full of hilarity, wit, and delicious absurdity as well as a penetrating social commentary on Shaw’s England.

Artistic Significance: Considered the second greatest English language playwright after Shakespeare, George Bernard Shaw was equally as prolific, writing 29 plays and countless books, essays, articles and reviews in his lifetime. GBS published You Never Can Tell in 1898 as one of his “Plays Pleasant,” the first work he specifically wrote for a commercial audience. While the plot of the play takes its base from commedia del’arte, Shaw’s signature social statements shine through with pointed comments on class, feminism, familial relationships, and the nature of love. Long considered one of Shaw’s neglected plays, You Never Can Tell is a frothy romantic comedy with surprising depth.

I see plenty of good in the world working itself out as fast as the idealist will allow it.
— George Bernard Shaw

Shaw wrote You Never Can Tell, partly in response to the great success of fellow playwright Oscar Wilde’s comedy, The Importance of Being Earnest, and partly because he yearned for the kind of public adoration showered on Wilde’s satire of manners and romance. Frankly, he needed a commercial hit. Alas, he was disappointed by the lack of enthusiasm from his actors and director for the script, and the lack of backing for his play. He shelved it for a number of years, without giving it even preview performances. But this last in a string of “Pleasant Plays,” as he dubbed them, has been delighting audiences ever since its London debut in 1897.

The University of Michigan last produced this play in 1971, directed by the late, great William P. Halstead. I had the distinct pleasure of playing Dolly. I remember late night discussions about the duel between emotions and common sense, between the “natural” power of women and the political power of men. And I remember marveling at the women in the play who spoke so passionately, using their brains and a real sense of self-worth to make their way in the world. As a witness to the political and cultural turmoil of the late 60’s, I was struck by the strength of these 19th century women.

If push came to shove, I would choose You Never Can Tell over Earnest any day. Shaw’s desire to give his characters the license to speak their minds with conviction if not always wisdom, and even more, his fondness for pitting strong-minded people against each other – the prizes being each other’s heart and soul – lifts all his plays, but especially his comedies, above the label of social satire. I would like to pay a debt to my good friend and mentor, Bernard Kates, who acted in many a Shavian play, and who is a great devotee of GBS to this day. He would agree that at the heart of Shaw’s genius is a passion for truth telling at all cost. The truth may change in that telling, but Shaw’s characters are never at a loss for words or explanations. And they take on “Life” with courage and zest!

I have embarked on a wonderful adventure with a cast of incredibly talented actors. They, too, live in a time of political and cultural turmoil. I believe they understand the irony of the world around them and are willing to accept change and face the challenges. They have touched me with their hearts, their optimism, and their wicked sense of humor. What more could George Bernard Shaw want? 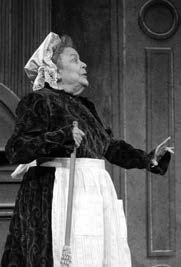 On December 17, 2007, Ann Arbor lost an actress of the highest order when Phyllis Wright passed away at ninety one. She started acting during the Depression while still in high school, launching a career that spanned more than seventy years. At age seventeen, Phyllis began dancing with choreographer Agnes de Mille. She received her B.A. and M.F.A. from the University of Oklahoma, where she studied briefly with Professor Emerita of Theatre, Claribel Baird Halstead, a friendship that continued in Ann Arbor. During her time in Ann Arbor, Phyllis could be found gracing the stage of many theatrical companies. In 2003, she appeared as Aunt Clara in the UM Department of Theatre & Drama’s production of The Nutcracker. Even at ninety, Phyllis continued to perform and was always “looking for the next role.”

Her love and support for the arts was unparalleled, being the glue to any group she belonged yet rarely claiming credit for herself. She had a particular interest in young actors and especially the Department of Theatre & Drama. In 1996, she established the endowed Phyllis Wright Scholarship, awarded to UM theatre students every year.

We will always be grateful to Phyllis for her friendship, leadership, criticism, and praise in pursuit of the perfect production. She made us aware of how creativity enriches our lives and was the spirit of all that was artistic. We dedicate this production of You Never Can Tell to her.