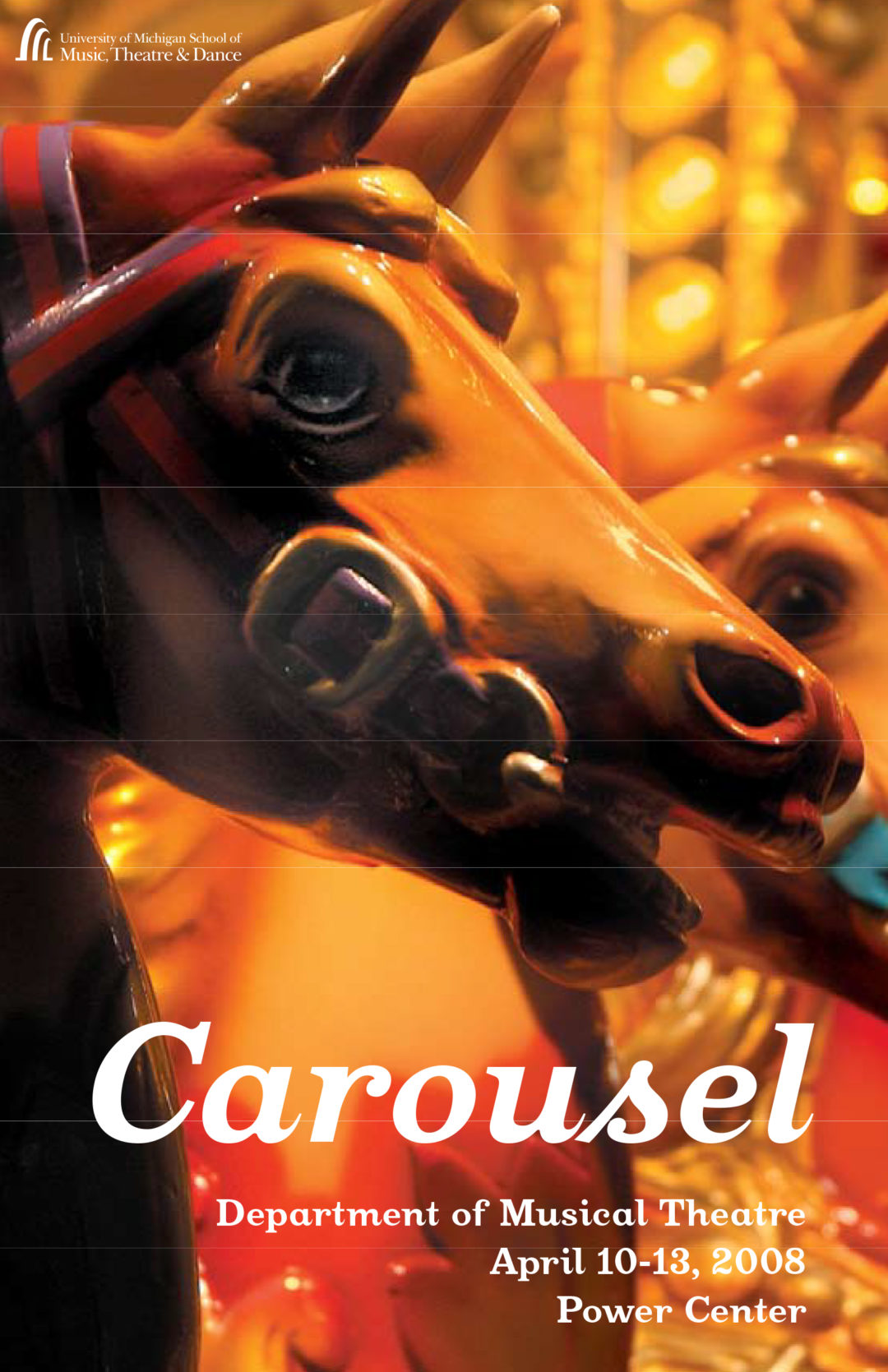 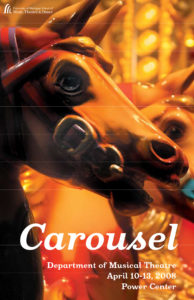 The Story: In a colorful Maine coastal town in 1873, naïve Julie Jordan falls for a swaggering carnival barker, Billy Bigelow. Their impulsive romance leads to a tempestuous marriage. Fired from the carousel and unable to find work, Billy becomes increasingly angry, often taking his frustration out on Julie, in spite of his love for her. When Billy learns Julie is pregnant, he takes desperate action to support his family which ends in tragedy.  Given the chance to make amends, Billy returns to his heartbroken, socially-isolated family to attempt to instill a sense of hope and dignity in both mother and child. Filled with pain, poignancy and humor, Carousel speaks to breaking the cycle of domestic violence with hope for a brighter future.

Artistic Significance: Declared the “Best Musical of the 20th Century” by Time Magazine in 1999, Carousel followed on the heels of Rodgers and Hammerstein’s ground-breaking success Oklahoma! by further advancing the integration of music and story in musical theatre. Rodgers’ sublime score along with Hammerstein’s lyrics would incorporate elements of recitative and an unprecedented eight-minute solo by the lead character, Billy’s powerful “Soliloquy.” The musical features such beloved songs as the lively “June Is Bustin’ Out All Over,” “If I Loved You,” and the uplifting “You’ll Never Walk Alone.” The personal favorite of Rodgers and Hammerstein, Carousel is a luminescent treatise on the saving power of hope.

← You Never Can Tell The Laramie Project →