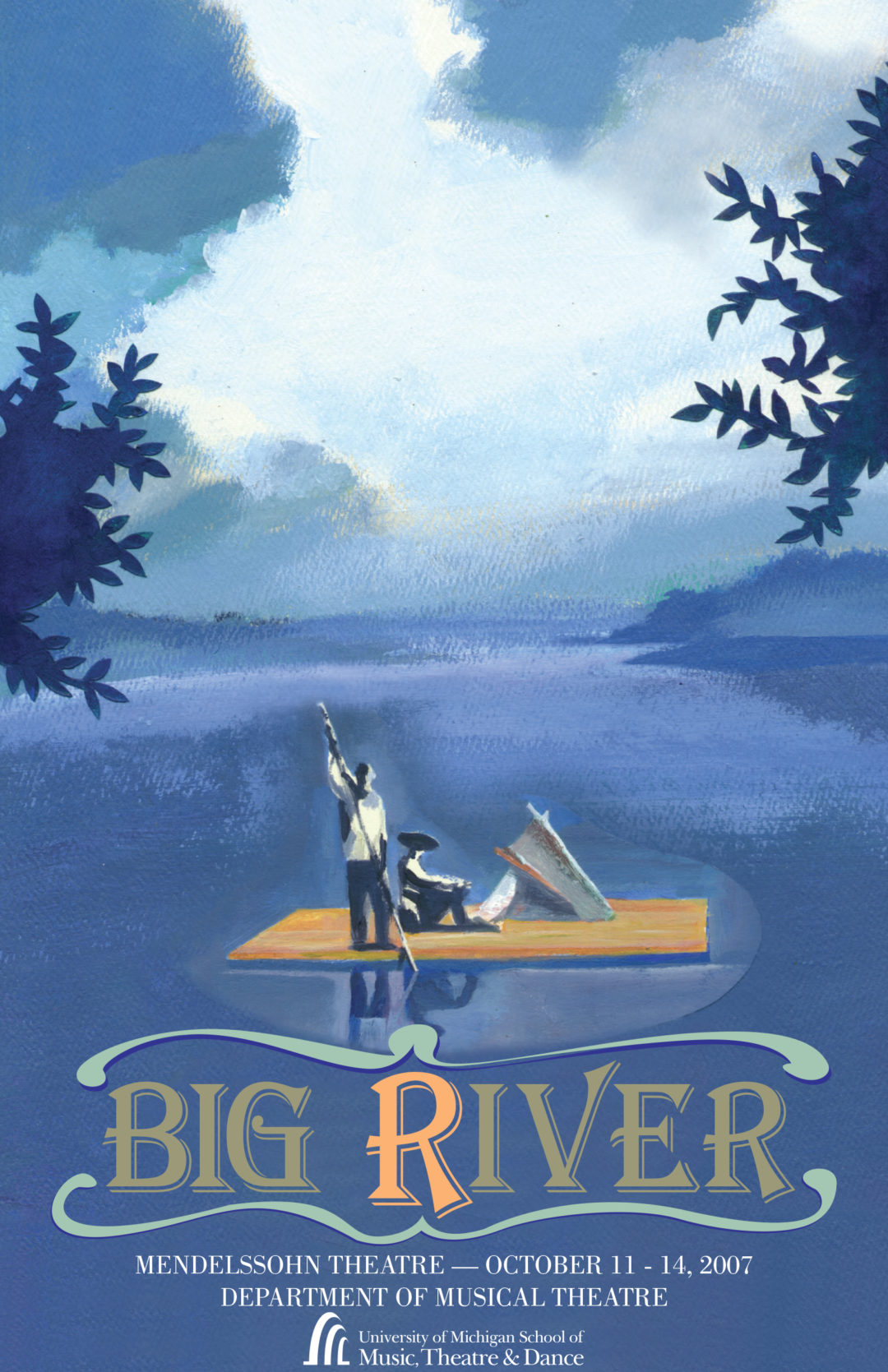 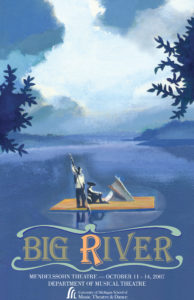 The Adventures of Huckleberry Finn

The Story: A big-hearted American saga of self-discovery and friendship set in the 1840s, Big River is the tale of the irrepressible Huck Finn and Jim, a slave. The two join forces to embark on an epic journey on a raft down the Mississippi River in search of freedom. Their exploits on the river are a series of outlandish episodes that bring them into contact with the some of Twain’s most colorful characters including the scalawags King and Duke. As the journey progresses, the friendship between Huck and Jim deepens as Huck recognizes their common humanity despite their differences in status. A heart-warming coming of age story, Big River captures the nobility of man and the spirit of life on the big river.

Artistic Significance:Acclaimed and controversial since its first printing in 1885, Mark Twain’s The Adventures of Huckleberry Finn captured the sense of adventure of every young boy’s dreams. One hundred years later, producer Rocco Landesman would approach country and pop superstar Roger Miller (“King of the Road”) to write the score for a musical version of the work – a hard sell since Miller had not only never written a musical, he hadn’t even seen one. Miller’s award-winning music and lyrics are a blend of country, bluegrass, blues, gospel, humor, and morality that blends perfectly with Twain’s. Big River won 7 Tony Awards and 7 Drama Desk Awards including Best Musical and Score. The musical was revived on Broadway in 2003 in a ground-breaking production featuring deaf and speaking performers. Join us on the Mississippi.