The Coronation of Poppea 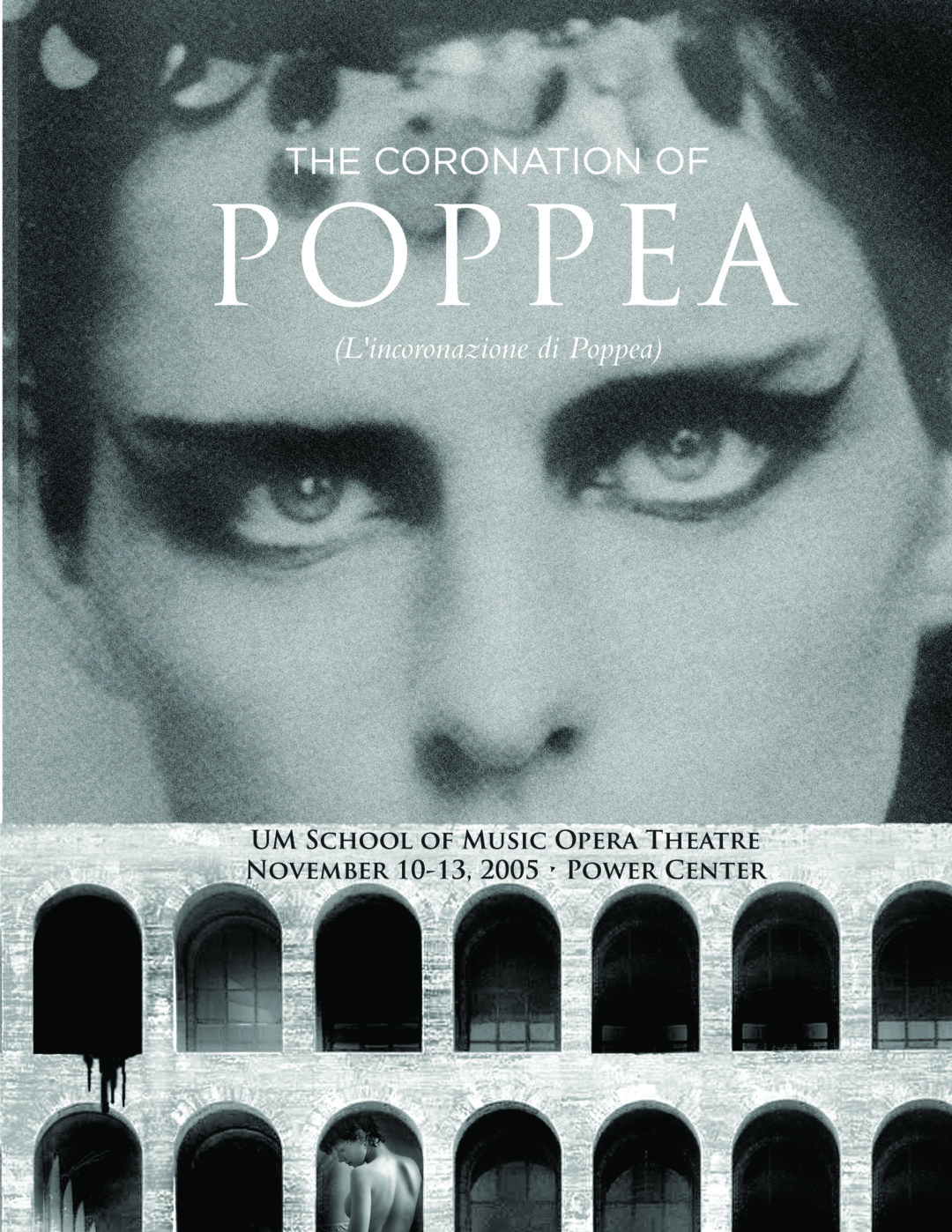 The Coronation of Poppea

Poppea relates the historical account of a beautiful courtesan who schemes to become empress of Rome during Nero’s reign. The plot mixes elements of selfishness, greed, and lust into a portrait of humanity’s excess. Our bold new production directed by Joshua Major supports Monteverdi’s music of expressive intensity in depicting vivid characters, even despicable ones.

Claudio Monteverdi was the most significant composer of opera during its formative years in the 17th century. Some of this genius’s works are still in the repertoire today. His last opera, L’incoronazione di Poppea (1642), is considered to be Monteverdi’s supreme masterpiece, a work that combines tragic and comic elements with deep character development. Poppea is also remarkable for the lyricism Monteverdi embeds within the recititives to interpret human nature and emotion. The opera features passionate laments and love arias including the sublimely beautiful final duet, “Pur ti miro.” Rich in subtleties and tragic moments with a perfect balance between words and music, Poppea is an amazing acheivement of composition and characterization for a composer of seventy-four years.

← The Boys from Syracuse The Laramie Project →