The Boys from Syracuse 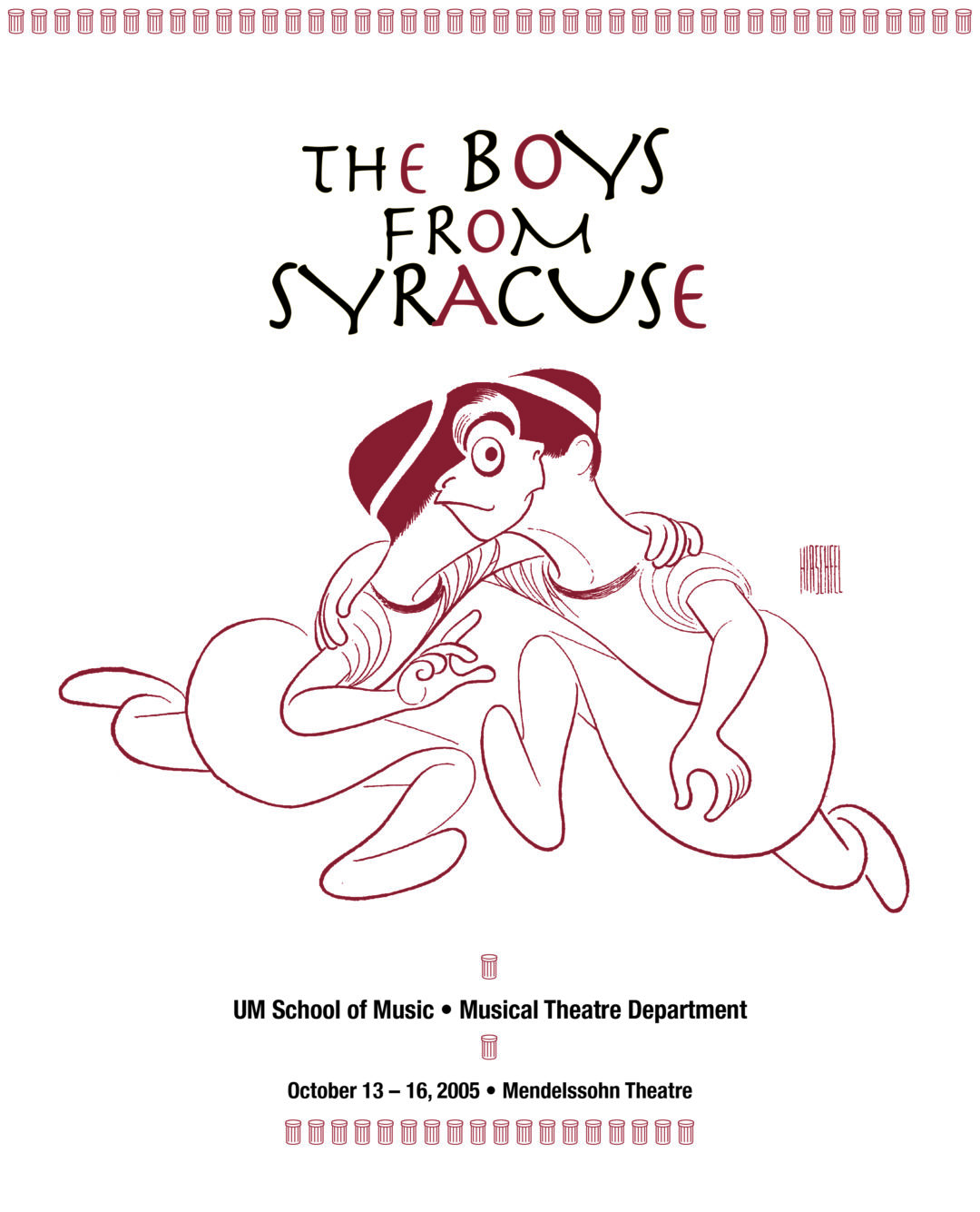 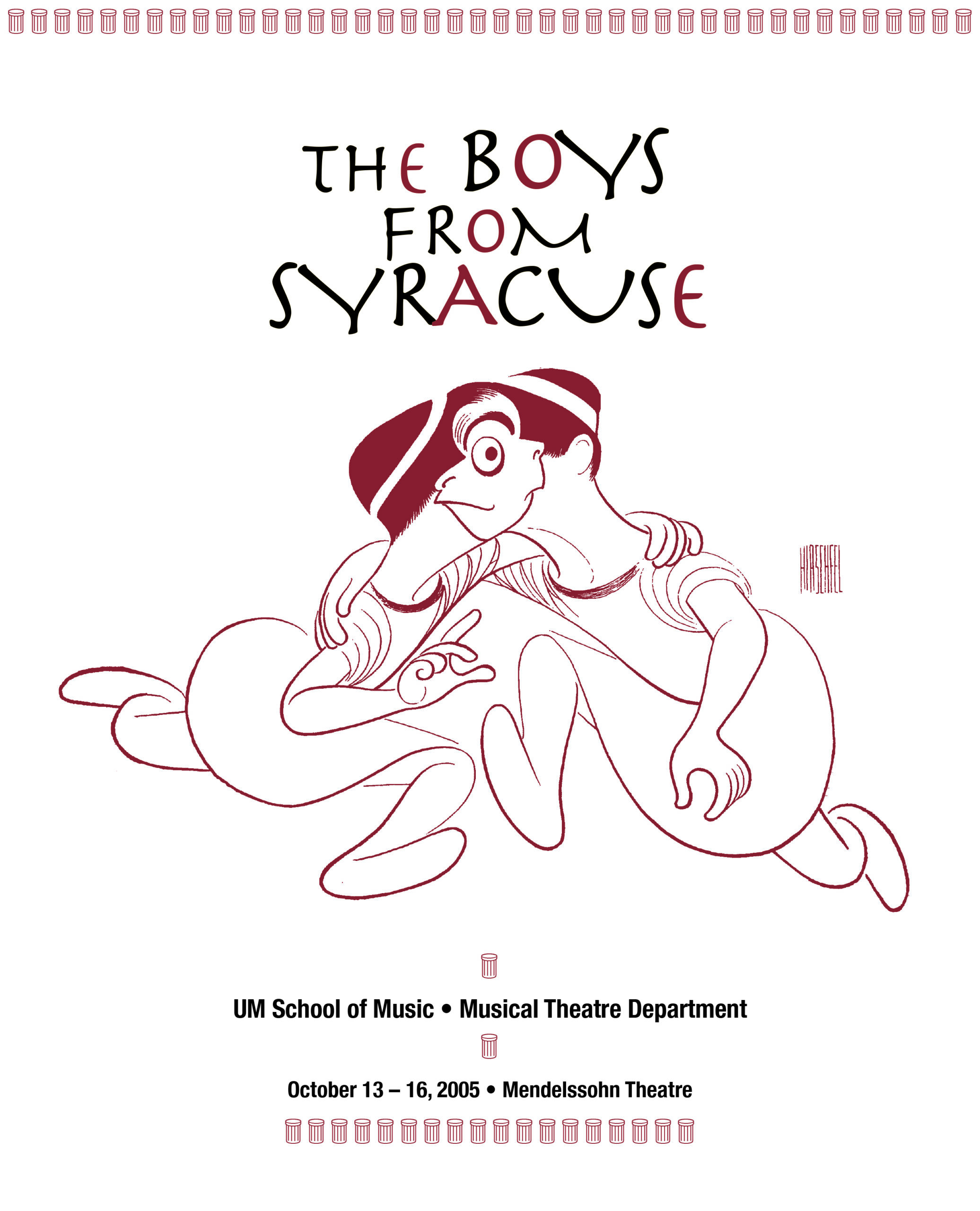 The Boys from Syracuse

Confusion reigns as two sets of identical twins separated at birth end up years later in the town of Ephesus. In a tangled web of preposterous coincidences, wives mistake husbands, servants mistake masters, and townspeople mistake everything in a single hilarious day. Full of physical comedy and farcical mischief, The Boys from Syracuse is a delightful evening of misunderstandings and pandemonium that end in the magical reconciliation of family and true love.

Long before West Side Story and Kiss Me, Kate, The Boys from Syracuse was the first musical to be adapted from the works of Shakespeare when it opened in 1938. This runaway Broadway hit combines the madcap antics of vaudeville with Rodgers’ rich melodies and Hart’s witty lyrics. Featuring an impressive number of songs that are considered standards today, including “Falling in Love with Love,” “Sing for Your Supper,” and “This Can’t be Love,” The Boys from Syracuse is as entertaining, vibrant, and riotous as when it first took Broadway by storm.