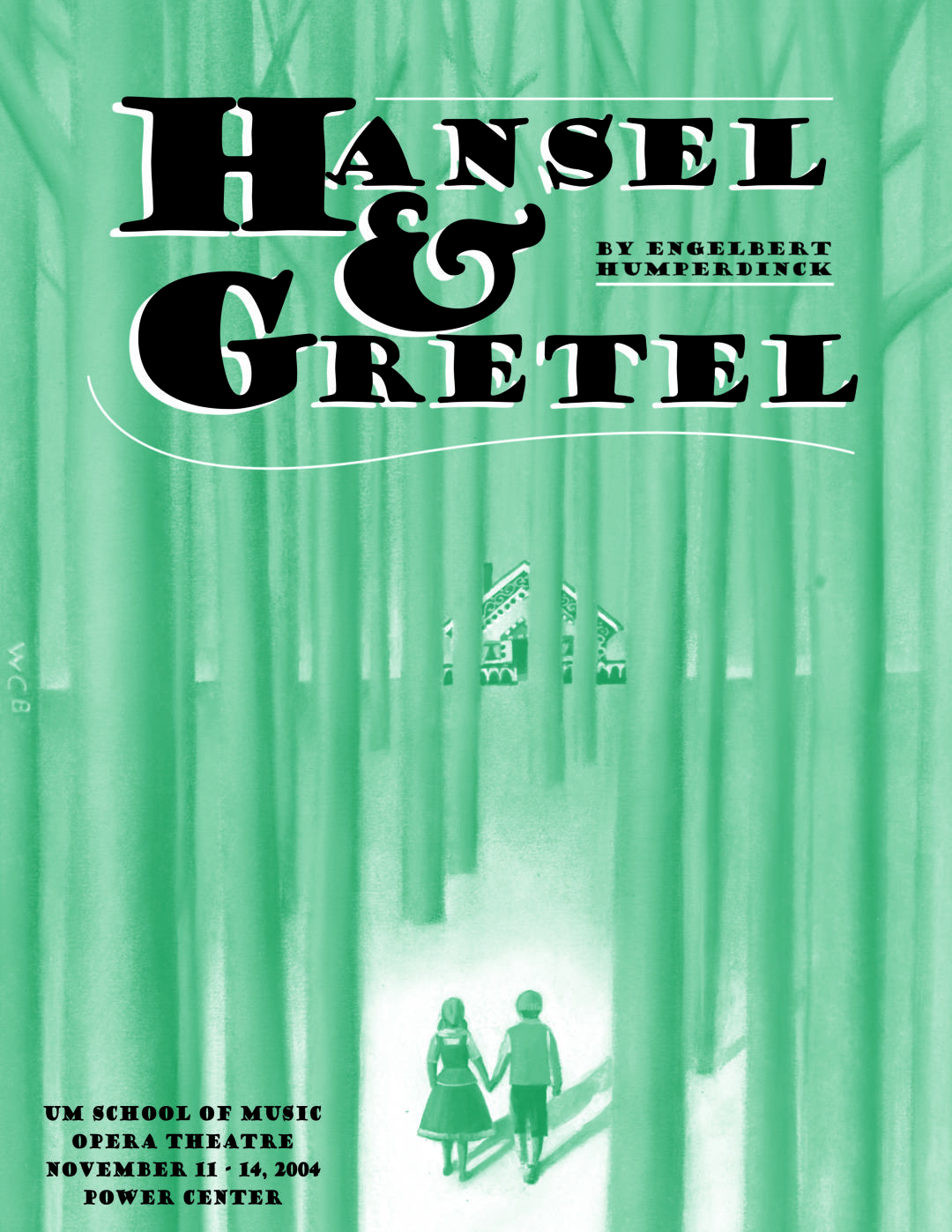 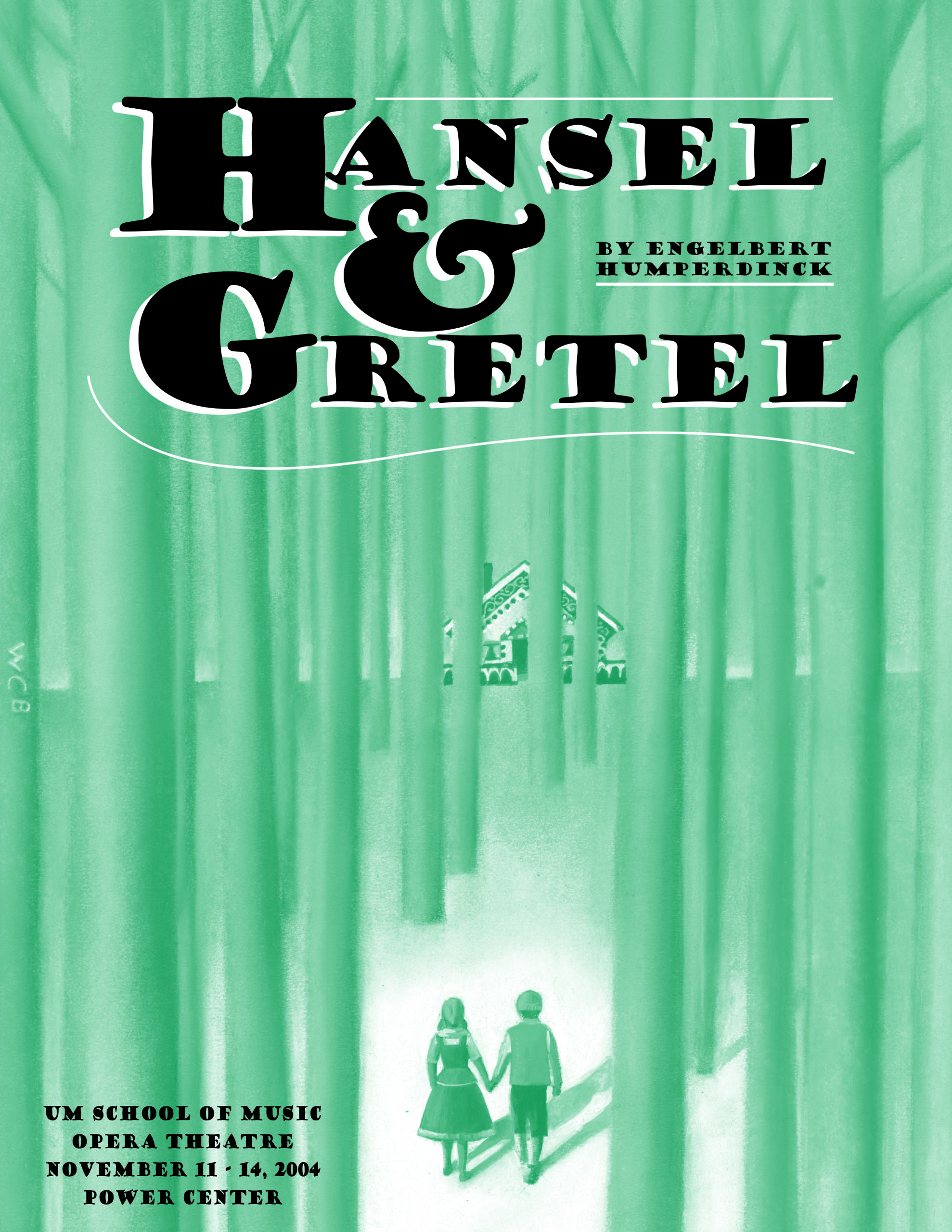 According to Conductor Martin Katz, Hansel and Gretel features one character that the audience frequently forgets, the orchestra. “The orchestra is itself a character in the show,” he muses. “There are very few operas in which the orchestra plays as an important role as in this one. The music is easy to listen to, but is very complicated in terms of composition, much like Strauss or Wagner.”

This is one of the reasons the opera so appeals to Katz. In addition, the score calls for a children’s chorus. For November’s performances, the chorus will be populated with children from Lakewood Elementary in Ann Arbor. Katz greatly enjoys the opportunity to work with school-age children, a group he has only worked with on a previous staging of Hansel and Gretel. Katz views Hansel and Gretel as “similar to works such as the Harry Potter books, which speak to both adults and children. This opera has something for everyone. Beautiful music, familiar melodies, a favorite story and a happy ending!”

Engelbert Humperdinck’s first professional opera was also his most successful one. And, keeping it all in the family, it was his sister who commissioned him to compose it. Adelheid Wette asked him to write the music for a children’s play she had adapted from the Brothers Grimm fairy tale, Hansel und Gretel. Initially not terribly interested, Humperdinck composed four songs for his sibling’s project in 1890. As he continued to study the text, the composer became convinced of its enormous potential and within three years had devised a score praised by Richard Strauss as ” a masterpiece of the highest quality… original, new and so authentically German.” In fact, it was largely a return to the early Romantic style of Weber with a “tip of the hat” to Richard Wagner in its dense, complex orchestration.

The opera premiered in Weimar (with Strauss himself at the podium) on December 23, 1893. Its success made Humperdinck a household name throughout much of central Europe (although, apparently not in America, where Hansel and Gretel was introduced as the work “of this great composer Pumpernickel”). Traditionally, the opera continues to be performed during the holiday season. On Christmas Day, 1931, Hansel and Gretel became the first opera to be broadcast from the stage of New York s Metropolitan Opera to 190 stations nationwide, initiating a legendary weekly radio series that continues to the present day.

This production is sponsored in part by generous support from the University of Michigan Credit Union.

Scene 1 — Hansel and Gretel are bored with their tasks of darning socks and making brooms, so spend their day singing and dancing instead. When their mother returns, she is furious to discover that they have neglected their duties. In her anger, she breaks a pitcher of milk, which was the family’s only food, and then orders the children out into the forest to search for berries. Left alone and in despair, she falls asleep. Father arrives home, having had a very successful day in town selling his brooms. He surprises his wife with a bag full of food, and their troubles seem over for the moment. However, when he discovers that his children have gone into the Ilsenstein forest, he tells his wife of the evil witch who lives there and who turns children into gingerbread! Horrified, the parents rush out into the woods to save their children.

Scene 2 — Meanwhile, Hansel and Gretel have been listening to the birds and enjoying their berry picking. But as night begins to fall, they realize they have lost their way. The sights and sounds of the woods, which so delighted them earlier, now begin to frighten them. They imagine dreadful creatures surrounding them. But they are calmed by the arrival of the Sandman, and he sprinkles them with his magic dust. After saying their traditional prayer, they fall fast asleep, kept safe by their guardian angels.

As dawn breaks, the Dew Fairy awakens the slumbering children, who are amazed to discover that they have shared a wonderful dream. Just then, a mysterious and tantalizing house appears, all covered with sweet things to eat. The hungry children are thrilled with the tasty house, and begin to break off bits to eat. But the frightful Witch of Ilsenstein casts her magic spell, putting Hansel into a cage and forcing Gretel to do her bidding. The witch tries to fatten the children up in order to bake them into gingerbread, but they outsmart her and push her into her very own oven! As the spell is broken, other enchanted children begin to appear. Hansel and Gretel touch them all, one by one, releasing them from the witch’s magic. The children all rejoice and thank Hansel and Gretel for their freedom. The cooked gingerbread witch is pulled from the oven just as Mother and Father arrive. Delighted to find his children safe, Father reminds the children (and all of us) that even when things seem their darkest, we must not despair… happy endings do exist!

In 1890 Humperdinck’s sister, Adelheid Wette, devised a dramatized version of the Grimm story of “Hansel und Gretel” for her children to perform. In her version the parents are a much less alarming pair than they are in the fairy-tale where the mother (step-mother in the first version) is actually determined to leave the children out to die in the wood. Wette softened this, perhaps because she knew that her brother’s music would supply some of the fear and drama. She also introduced the characters of the Father, the Sandman and the Dew Fairy, as well as the chorus of echoes and the angels which provided Humperdinck with scope for a ballet.

At first Wette asked her bother to compose four songs for a dramatized family play (1890). Subsequently they decided to make it a full-scale opera. The premiere, conducted by Richard Strauss, was an instant success and within a year “Hansel und Gretel” had been produced in over 50 theatres in Germany. It soon joined the repertoire of every lyric theatre in the German-speaking world, and within 20 years had been translated into about 20 languages. Richard Strauss, a constant supporter of Humperdinck (he also conducted the premiere of Humperdinck’s “Die Heirat wider Willen” in 1905) described the work as “a masterpiece of the highest quality… all of it original, new and so authentically German,” despite his reservation that “the orchestration is always a little thick.”

Hansel and Gretel was the first complete opera to be broadcast on radio (from Covent Garden, London, January 6, 1923) and the first to be transmitted live from the Metropolitan Opera, New York City, December 25, 1931.

← A Chorus Line The Water →