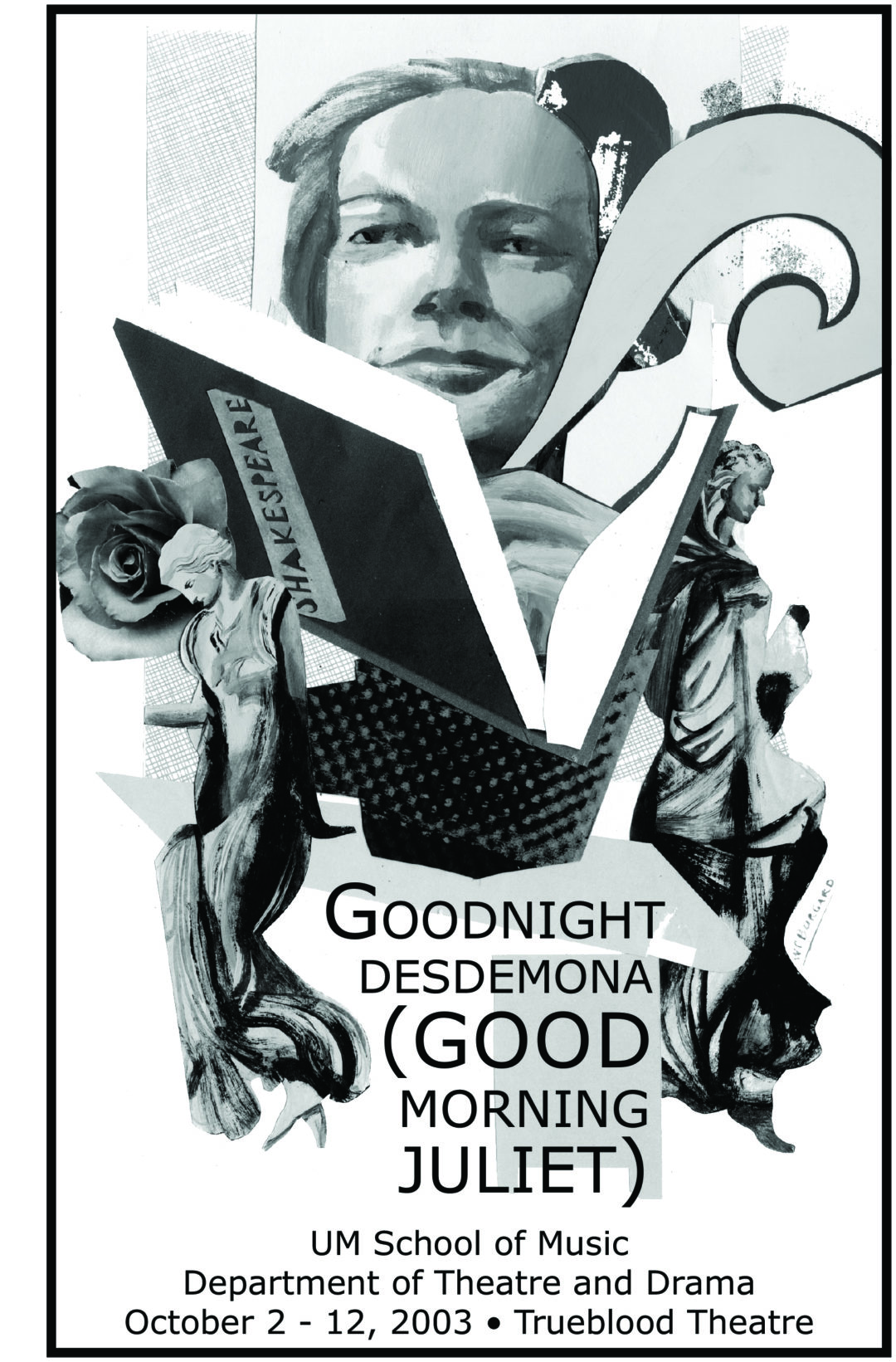 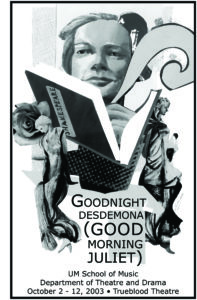 a parody by Ann-Marie MacDonald

Toronto resident Ann-Marie MacDonald is known worldwide for her best-selling novel Fall On Your Knees, an Oprah’s Book Club selection. Although she has just released her second novel, 2003’s The Way the Crow Flies, MacDonald’s background is as a writer and actress in the theater. Goodnight Desdemona (Good Morning Juliet) is her most celebrated work. It was first produced at the Nightwood Theatre in Toronto in 1988. It has since been presented in over 70 productions worldwide, and has received numerous awards including the Governor General’s Award for Drama, the Chalmer’s Award and the Canadian Author’s Association Award.

Using quotations from Shakespeare as well as original prose, Goodnight Desdemona tells the story of Constance Ledbelly, a PhD student who is writing her thesis on an obscure document that she believes will prove Shakespeare had prepared different endings for two of his most famous plays. As she invests herself further into her research, Constance is given a magical opportunity to prove her thesis when she disappears into her wastebasket and enters a world where she comes face-to-face with Desdemona and Juliet. But Goodnight Desdemona (Good Morning Juliet) is more than just a clever farce. Constance’s experiences provide the audience with a view of her journey of self-discovery. Through the course of the drama Constance finds and reaffirms her self-confidence and frees herself from the harmful influence of her mentor, who up until then had manipulated her and passed her work off as his own.

← City of Angels Guys and Dolls →