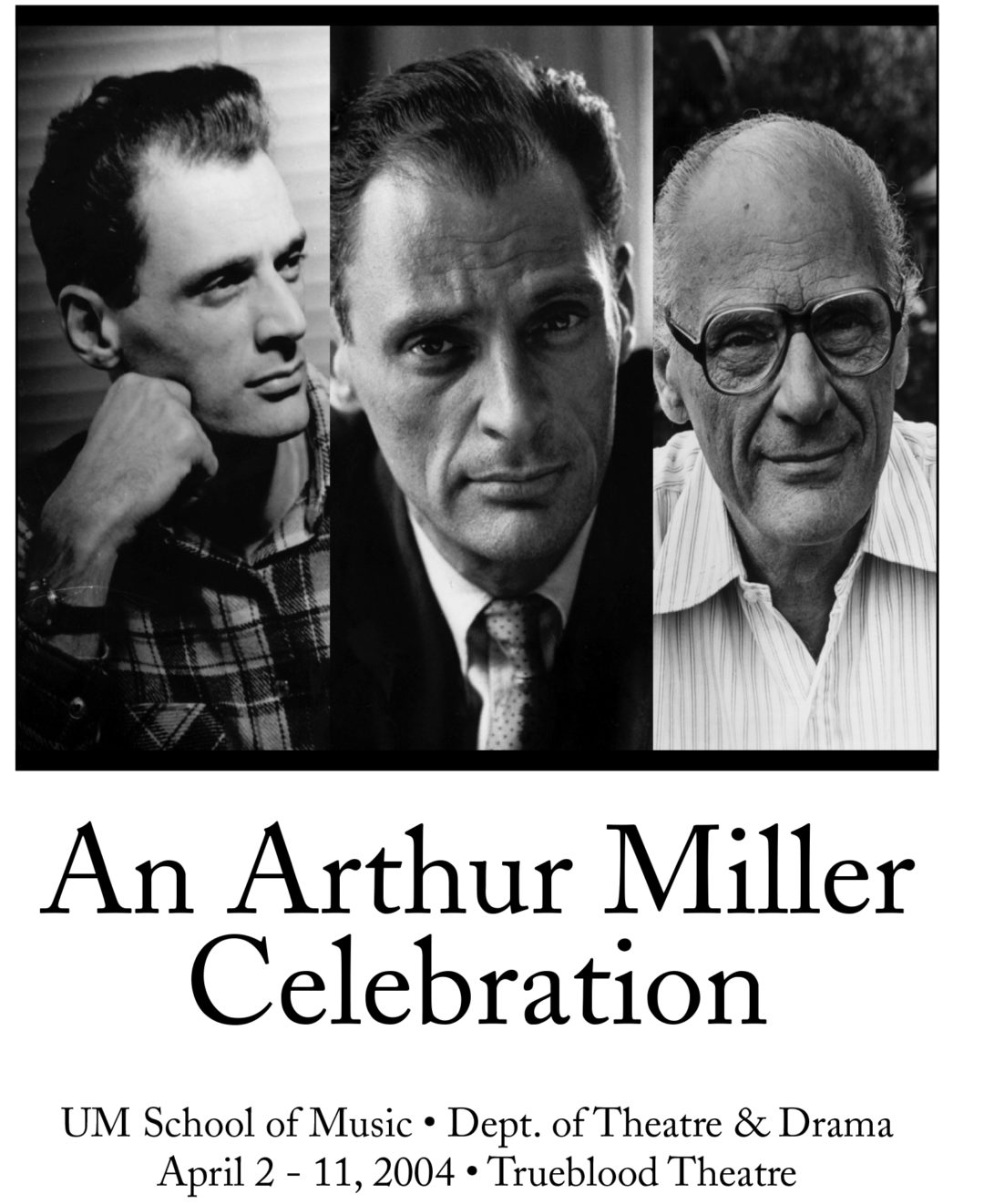 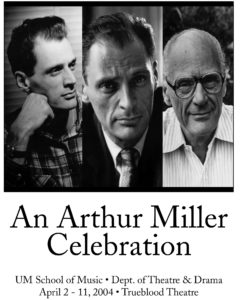 Selections from the works of Arthur Miller
Conceived by Mark Lamos

Pulling scenes from both well-known and rarely performed works by Arthur Miller, this production highlights the depth of work which Miller has contributed to the American and world stage. It explores three distinct influences on Miller’s writing: the Great Depression, love, and persecution – both politically and religiously based. The play contains scenes or monologues from twelve of Miller’s works – All My Sons (1947), Death of a Salesman (1949), The Crucible (1953), A View From the Bridge (1956), After the Fall (1964), Incident at Vichy (1964), The Creation of the World and Other Business (1972), The American Clock (1980), A Memory of Two Mondays (1984), Broken Glass (1994), Mr. Peter’s Connections (1999), and Resurrection Blues (2002) – interspersed with interludes taken from his autobiography Timebends: A Life which was written in 1987.

Part I: The Depression

The Creation of the World and Other Business, 1972

In Chekhov’s play The Seagull, the young playwright Treplev says, “We need new forms!” And in his long and distinguished career, Arthur Miller’s work has never settled for the obvious. His work continually seeks new ground, and he keeps surprising his critics and audiences, remaining restlessly and surprisingly evergreen. It is decidedly inappropriate to label his work as naturalistic, since one of his earliest and most famous plays, Death of a Salesman, was ground-breaking in a dream-like, expressionistic way – shards of naturalism refracted by memory’s agony.

The works of Ibsen and the Greek dramatists – always shockingly new themselves when explored in creative productions – inspired Miller in his early work, yet with each play he has been a tireless experimenter with form and content. This questing spirit has occasionally kept his work from being understood in its own time and his own country, where his audience was often limited by the expectations and commercial profile of Broadway. Yet even there he continually burst the bonds that constrained other playwrights, and bravely followed his own path, politically, morally, spiritually, and artistically.

This celebration of his work includes moments from many corners of his monumental vision of America – from the Depression, which shaped his essential view of men and the world –  to the present. Themes of memory, the Holocaust, responsibility and self-examination, as well as ethical and moral dilemmas simply unattempted by other dramatists, have proven to be Miller’s bread and butter in play after play. He has kept us spellbound dramatically while forcing us to look at the world as moralists. Many are filled – this is always a surprise, somehow – with deft comic moments as well as shattering tragedy. A vast array of characters – men, women, children – have filled the stages of his world with life and truthfulness.

The directors and I have chosen work that gives some impression of the spectacularly variegated textures and palettes this singular American master has delivered to the stage – and to our consciousness.