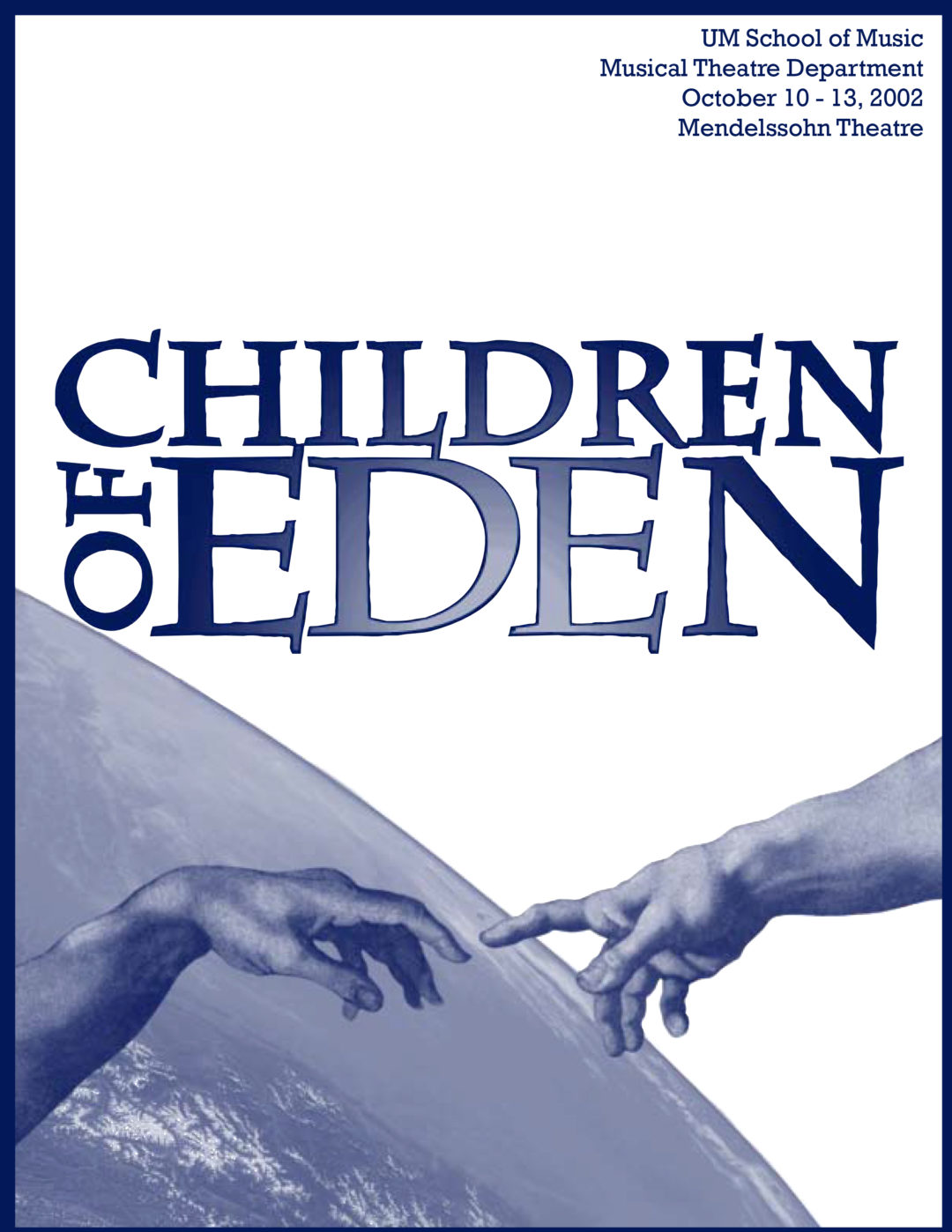 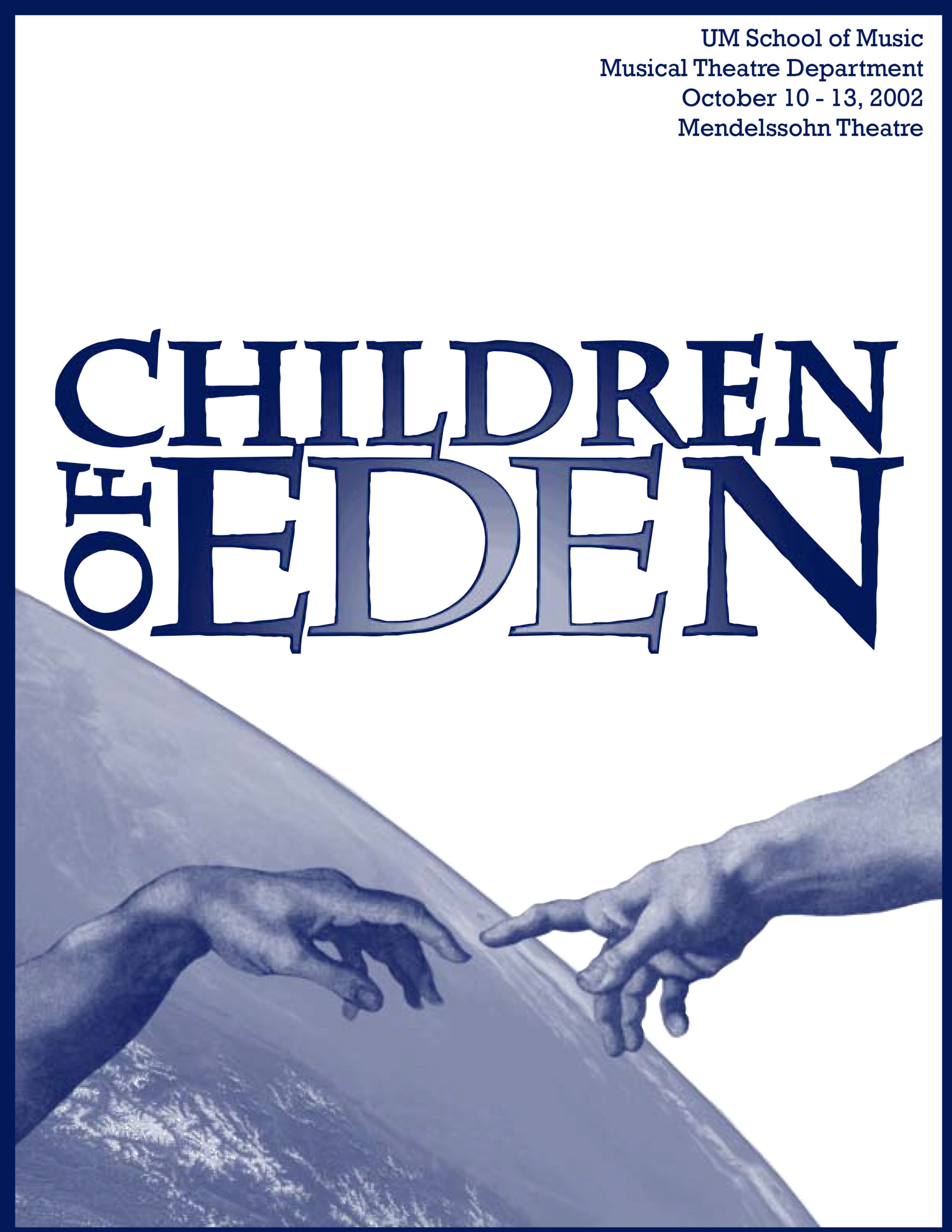 Music and Lyrics by Stephen Schwartz
Book by John Caird

Known for his musicals Godspell and Pippin and for the Academy Award-winning songs he wrote for the animated features Pocahontas and The Prince of Egypt, Stephen Schwartz once again turns to the Old Testament as his subject matter for Children of Eden. In two acts the musical tells the stories of Adam and Eve, and Noah and the flood. Using a wide variety of musical styles, the show addresses the inter-generational conflicts and patterns that are passed so easily from parent to child. “It’s about second chances,” says Schwartz. Indeed, the musical is a compelling story of love, rage, guilt, and their consequences, as well as the need to begin again. The show is appropriate for the entire family.

Children of Eden is now one of the top 20 musicals licensed by Music Theatre International, something almost unheard of for a show that never played on Broadway. The musical originally premiered in London in January of 1991. Regrettably, the debut coincided with the start of Gulf War. Subsequent fears of international travel led to a bleak tourism season in London and one of the worst slumps in West End theatre attendance in history. The musical was unable to survive. Schwartz then brought the show to the states, rewriting it constantly for the numerous small theatre productions that were done over the next several years. His work watching, tweaking and tuning the piece made it leaner and more focused. Still, the show never did play on Broadway, although it did receive a high profile production in 1998 at New Jersey’s Paper Mill Playhouse. Schwartz boasts “Now it’s a much better show.”

Children of Eden is sponsored in part by a grant from the University of Michigan Credit Union.