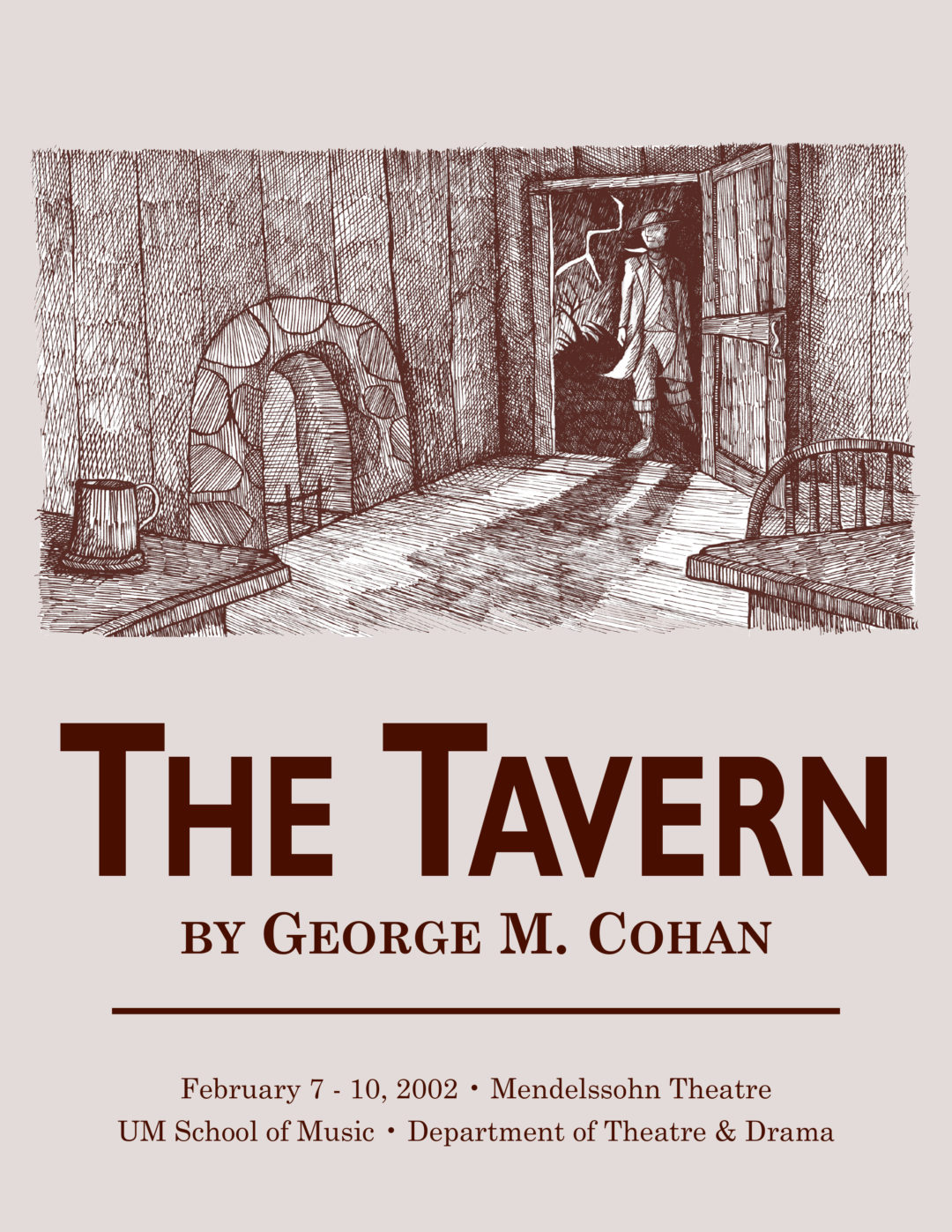 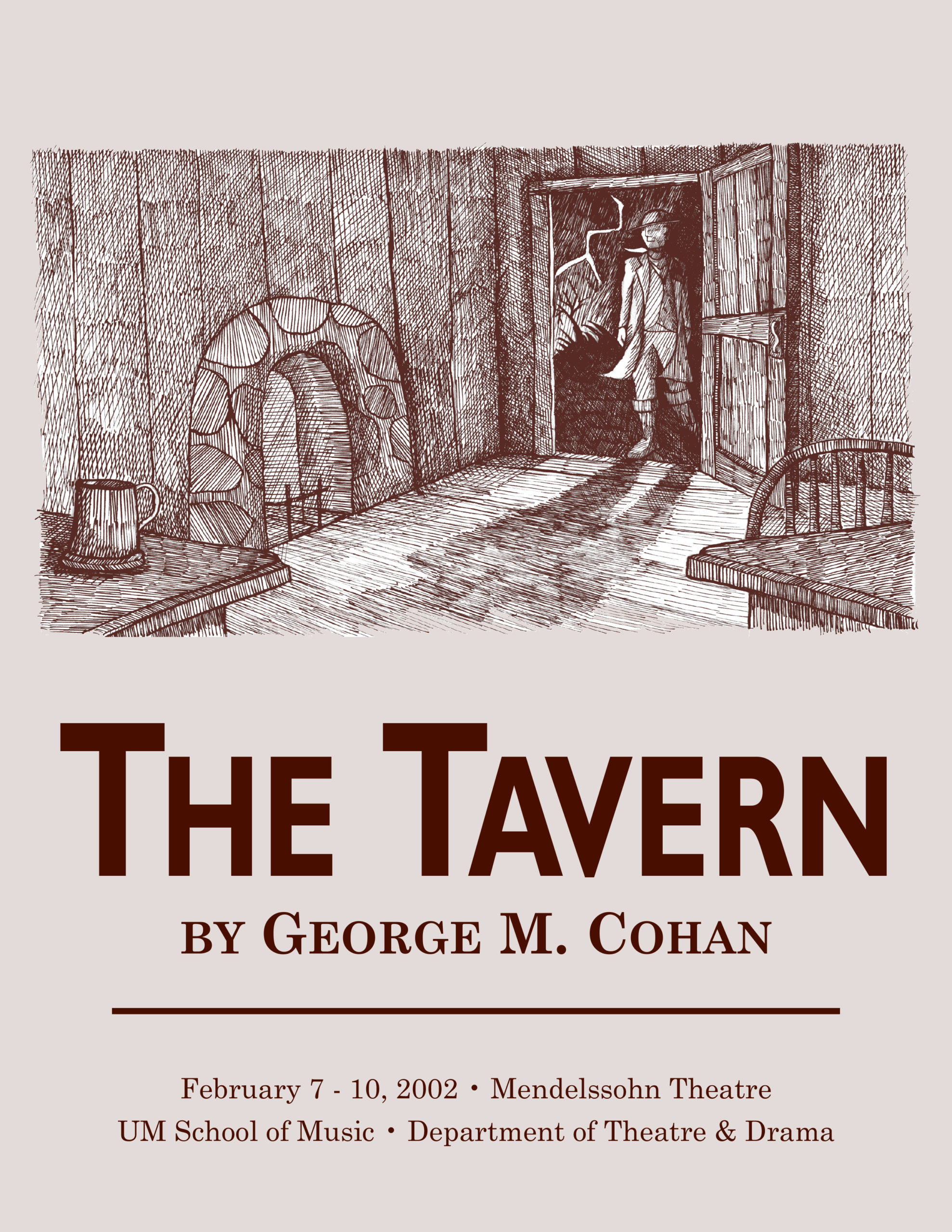 Premiering on Broadway in 1920, The Tavern is about a vagabond who takes shelter from a howling storm only to become a suspect in a mystery that eventually unfolds to involve all of the hotel’s guests and staff. The show is “whimsical and silly,” says director Philip Kerr, “written by a showman who never let his audiences forget that the theatre is supposed to be entertaining.”

This is, in fact, a rare non-musical from the “man who owned Broadway.” It’s likely that many people are unaware that Cohan also wrote plays. But the career of the acclaimed composer of such songs as “You’re a Grand Old Flag,” “Give My Regards to Broadway,” “Yankee Doodle Boy,” and the World War I Anthem “Over There” spanned all aspects of theatre. He wrote 40 shows himself, collaborated on another 40, and shared in the production of still another 150. He made over 1000 appearances as an actor and wrote more than 500 songs.

The Tavern owes a part of its unique history to U-M. In 1962, a playwright in residence at U-M unearthed the show and brought it to the attention of Ellis Rabb, the director of the University-sponsored Association of Producing Artists. Their production sparked a renewed interest in the play that led to its being produced in theatres across the country.

From my earliest days I was profoundly impressed with the fact that I had been born under the Stars and Stripes, and that has had a great deal to do with everything I have written. If it had not been for the glorious symbol of Independence, I might have fallen onto the habit of writing problem plays, or romantic drama, or questionable farce. Yes, the American flag is in my heart, and it has done everything for me. — George M. Cohan

Whatever you do, kid – always serve it with a little dressing. — George M. Cohan to Spencer Tracy