Stephen West is currently professor of music and formerly chair of the Department of Voice (2013-16) at the University of Michigan School of Music, Theatre & Dance. Many of his graduated students are enjoying success in opera and musical theatre in the United States, Canada, and Europe; in major music festivals; and on Broadway and national tours of musical theater works. They have been awarded scholarships to young artist programs and conservatories and have won major national and international vocal competitions.  His music education graduates can be found teaching at major universities and in public and private schools in the U. S. and Canada. He has presented numerous master classes for Classical Singer Magazine, at Opera in the Ozarks and Oberlin Conservatory of Music, and for the Bel Canto Institute in Florence, Italy, where he has taught voice during the summer.

In a long and distinguished career, bass-baritone Stephen West has appeared with many of the finest opera companies in the world, including the Metropolitan Opera; Teatro alla Scala; the Bayreuth, Salzburg and Santa Fe Festivals; Opéra National de Paris; Deutsche Staatsoper Berlin; Teatro Carlo Felice; Teatro Regio; the Lyric Opera of Chicago; New York City Opera; and the San Francisco, Seattle, Washington, and Dallas operas, among many others. He has performed with leading symphony orchestras such as the Los Angeles Philharmonic; the Boston, Atlanta, and Montreal Symphonies; and the Philadelphia and Cleveland Orchestras in venues such as Carnegie Hall, Tanglewood, and the Hollywood Bowl. He has also collaborated with many world-famous conductors, including Riccardo Muti, Sir Andrew Davis, Rafael Frühbeck de Burgos, Sir Charles Mackerras, Julius Rudel, Michael Gielen, James Levine, and Richard Bonynge.

A true “singing actor,” West triumphs in roles such as Boito’s Mefistofele and Gounod’s Méphistophélès, and as the heroes of Verdi. He is an exponent of contemporary music and excels in the repertoire of Wagner. His Seattle Opera portrayal of Hans Sachs in Die Meistersinger von Nürnberg inspired Bryan Magee of the London Daily Telegraph to write, “he covered himself with glory. At the end the entire audience rose spontaneously in a standing ovation. I suspect it was one of those special nights of which I shall find myself saying on future occasions: ‘I was there.’”

Continuing a highly successful performing career, West recently sang Sir Humphrey Davenaut in Marschner’s Der Vampyr with New Orleans Opera; Verdi’s Requiem in Toledo, Detroit, and Ann Arbor; Mozart’s Cosi fan tutte, Die Zauberflöte and Die Empführung aus dem Serail with the Ann Arbor Symphony; and Javert in Les Misérables, King Arthur in Camelot, and Emile de Becque in South Pacific with the Encore Musical Theater Co. in Michigan. Previous engagements include Beethoven’s Symphony No. 9 with the Ann Arbor Symphony; an acclaimed Tevye in Fiddler on the Roof at the Encore Theater; Timur in Turandot in a semi-staged production with Toledo Opera; and Pater Profundis in Mahler’s Symphony No. 8 with the Grand Rapids Symphony. He reprised the role of Mephistopheles in Dusapin’s Faustus, the Last Night at the Concertgebouw in Amsterdam, and sang Dr. Schön in Lulu for both Teatro alla Scala in Milan and the Wiener Festwochen in Vienna. He also performed as a soloist in Mahler’s Das klagende Lied with the Orquesta Sinfónica de Minería in Mexico City and appeared as Dr. Schön and Jack the Ripper in Lulu with the Opéra de Lyon, France. Other recent successes include performing Candy in Of Mice and Men for Fort Worth Opera; a return to the Metropolitan Opera to reprise Monterone in Rigoletto; and the role of Mephistopheles in the American premiere of Pascal Dusapin’s Faustus, the Last Night for Spoleto Festival USA and Philharmonie in Essen, Germany.

Additional highlights of past seasons include his return to the Metropolitan Opera as Heinrich in Lohengrin and Zuniga in Carmen, and to New York City Opera as Braxton and Sherrin in The Mines of Sulfur. He performed Der Wanderer in Siegfried and his first Wotan in Das Rheingold with the Palacio de Belles Artes in Mexico City, the title role in a concert performance of Attila with Chorus Pro Musica in Boston, and Horace in Blitzstein’s Regina at Bard’s Summerscape Festival.

Over the course of many seasons with the Metropolitan Opera, Prof. West has sung the Commendatore in Don Giovanni, the Animal Trainer/Athlete and Dr. Schön in Lulu, Dr. Kolenáty in The Makropoulos Affair, Fafner in Das Rheingold, and in Der Rosenkavalier with the company on tour in Japan. He made his New York City Opera debut singing the title role in Boito’s Mefistofele, and also starred as Ezra Mannon in Mourning Becomes Electra, the title role in Verdi’s Attila, Leporello in Don Giovanni, Andrew Borden in Lizzie Borden, and Sparafucile in Rigoletto with the company. At Lyric Opera of Chicago, West has sung Claggart and Flint in Billy Budd, Peter in Hänsel und Gretel, John Quincy Adams in the world premiere of Anthony Davis’s Amistad, and Dr. Kolenáty in The Makropoulos Affair. With Opera Colorado, he has sung more than 20 productions, highlighted by Hans Sachs in Die Meistersinger, Figaro in Le nozze di Figaro, Don Alfonso in Così fan tutte, the title role in Gianni Schicchi, and Baron Ochs in Der Rosenkavalier.

Other operatic highlights include Scarpia in Tosca with Cleveland Opera and Seattle Opera; Don Fernando in Fidelio with Dallas Opera; Méphistophélès in Gounod’s Faust with Opera Ontario and the Baltimore Opera; the Comte des Grieux in Manon with the Dallas Opera; Mars in Henze’s Venus und Adonis, Don Basilio in Il Barbiere di Siviglia, and Monterone in Rigoletto, all with Santa Fe Opera; and the Forester in The Cunning Little Vixen with the Washington Opera at the Kennedy Center.

In concert West has sung Timur in Turandot, the title role in Boito’s Mefistofele, and Rossini’s Stabat Mater, all with the Columbus Symphony Orchestra; Beethoven’s Missa Solemnis with the Atlanta Symphony Orchestra; the Mozart Requiem and Coronation Mass with Voices of Ascension at Alice Tully Hall; and Tiresias in Stravinsky’s Oedipus Rex with the Cleveland Orchestra, conducted by Christoph von Dohnányi. He made his Boston Symphony Orchestra debut singing the role of Uncle Sarvaor in Manuel de Falla’s La vida breve and was featured as Pater Profundis in Mahler’s Symphony No. 8 in the 75th Anniversary Gala Concerts at the Hollywood Bowl.

West is also the recipient of many awards, including the 1995 New York City Opera Kolozsvar Award, a grant from the Rockefeller Foundation, two National Awards from the Metropolitan Opera, and two prizes from the Seventh Tchaikovsky International Competition in Moscow. He has studied with renowned teachers such as Margaret Harshaw, Maitland Peters, and extensively with world-renowned basses Hans Hotter and Jerome Hines. 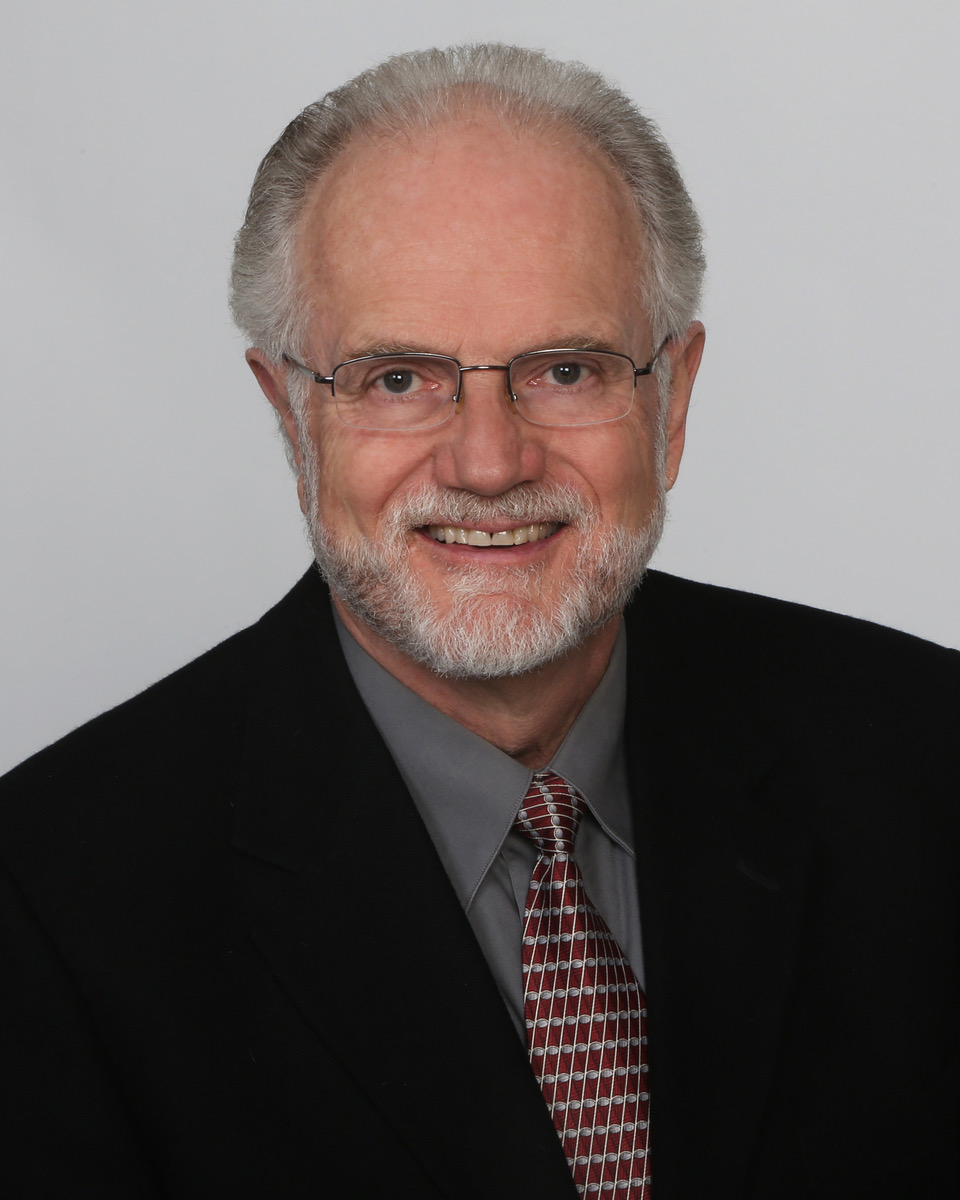