Ensembles under Haithcock’s guidance have received a wide array of critical acclaim for their high artistic standards of performance and repertoire. These accolades have come through concerts at national and state conventions, performances in major concert venues, and recordings on the Albany, Arsis, and Equilibrium labels. Haithcock was selected to conduct the world premiere of Daron Hagen’s Bandanna, an opera for voice and wind band, commissioned by the College Band Directors’ National Association. He is a leader in commissioning and premiering new works for concert band.

Haithcock has earned the praise of both composers and conductors for his innovative approaches to developing the wind ensemble repertoire and programming. Haithcock is in constant demand as a guest conductor and as a resource person for symposiums and workshops in a variety of instructional settings as well as festival and all-state appearances throughout the country.

A graduate of East Carolina University – where he received the 1996 Outstanding Alumni Award from the School of Music – and Baylor University, Haithcock has done additional study at a variety of conducting workshops including the Herbert Blomstedt Orchestral Conducting Institute. The Instrumentalist, the Michigan School Band and Orchestra Association, the School Musician, the Southwest Music Educator, and WINDS magazine have published his articles on conducting and wind literature. 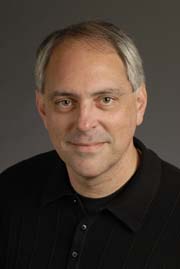