Mark Madama has been at the University of Michigan since 2000, teaching musical theatre performance classes at levels from freshmen to senior; musical theatre history classes from the 1860s to the present; and directing numerous productions including Assassins, Rent, Big River, Guys and Dolls, Company, City of Angels, The Pajama Game, Nine, Ragtime, Into the Woods, Children of Eden, Good News!, The Full Monty and the Horton Foote play 1918. He has also worked on the yearly “Senior Showcase,” which is presented in Ann Arbor and New York.

Before starting his tenure at Michigan, Madama worked as a director, writer, and actor throughout the world. He has been one of the resident directors at Music Theatre of Wichita for over twenty years. He has also worked regionally at such theatres as The Center Theatre Group in Los Angeles, Studio Ensemble Theatre in New York, Casa Manana Musical Theatre, Pittsburgh CLO, Theatre Under The Stars, Kansas City Starlight, Theatre Memphis, and Lyric Theatre of Oklahoma.

Madama’s production of Tintypes, in which he played a leading role as well as directing, was awarded “Best Production” at the Dundalk International Theatre Festival in Dundalk, Ireland, with Madama awarded “Best Director” honors as well. His Tintypes also had the honor of representing the United States as the first American theatrical production to be presented in the Eastern block countries of Czechoslovakia and Poland after the fall of the Iron Curtain.

Madama co-authored a new version of the 1927 musical Good News!, which has now been performed in over three hundred theaters in the United States, plus numerous international productions. He also wrote the book for the musical White Cliffs of Dover, which toured throughout the U.S. for over two years.

Madama has had the opportunity to teach master classes in many of the top performing arts studios, high schools, and universities throughout the country, and continues to coach many professionals on upcoming auditions. 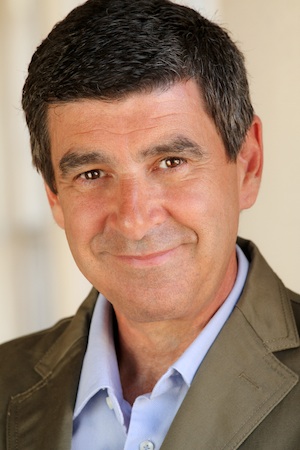