Becker is the author of three books: Deep Listeners: Music, Emotion and Trancing (2004), awarded the Merriam prize as the best book published in Ethnomusicology for that year; Traditional Music in Modern Java (1980); and Gamelan Stories: Tantrism, Islam and Aesthetics in Central Java (1993).  She is the editor of Art, Ritual and Society in Indonesia (1979) and the three-volume set of translations entitled Karawitan: Source Readings in Javanese Gamelan and Vocal Music (1984/1987/1988).  These three volumes are the first substantial set of translations ever made of musical works written by Southeast Asian scholars and musicians.

Becker has received numerous awards, grants, and fellowships.   In 1967 she was awarded the Charles Seeger prize by the Society for Ethnomusicology.  Since then her research has been honored and supported by the Society for Ethnomusicology, the National Endowment for the Humanities, the Smithsonian Institute, the Social Science Research Council, the Rockefeller Foundation, and the Fulbright Foundation, as well as grants from the School of Music Faculty Research Fund, the Horace H. Rackham School of Graduate Studies, and the Office of the Vice President for Research at the University of Michigan.  She was the first recipient of Michigan’s John D’Arms Award for graduate student mentoring, and was awarded the Glenn McGeoch Collegiate Professorship of Music (2000). 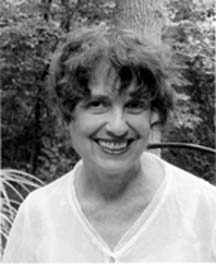