John Neville-Andrews has more than 45 years’ of professional experience in acting, directing, and producing. He has taught at Penn State University, Yale School of Drama, the University of Maryland, the University of Rhode Island, and California Institute of the Arts. As the artistic producer of The Shakespeare Theatre in Washington, D.C., Neville-Andrews garnered critical acclaim for his productions of Shakespeare and the classics. He is a co-author, actor, and director of the enigmatic comedy El Grande de Coca-Cola (Drama Desk Award, Best Musical, 1972) and Bullshot Crummond, a parody of the H. C. McNeile “Bulldog Drummond” books, which was made into a movie by George Harrison’s Handmade Films.

Other credits as an actor and director include numerous productions at prominent regional theatres across the country, including the Utah Shakespeare Festival; American Players Theatre; Yale Repertory Theatre; Williamstown Theatre Festival; Olney Theatre Center; The Long Wharf Theatre; and Texas Shakespeare Festival. On Broadway, Neville-Andrews acted in The Elephant Man (Tony Award) and off-Broadway in The Homecoming and Clarence.

Among the numerous musicals, he has successfully directed are the national tours in the U.S. and Germany of Gershwin’s Crazy For You. Based on those productions he was authorized by the Gershwin Estate to adapt and direct a 90-minute version for the Sands Casino in Atlantic City. During his distinguished tenure as the artistic producer of the Michigan Shakespeare Festival, he not only presented vanguard productions of Shakespeare, but he was instrumental in the Festival being selected as “The Official Shakespeare Festival of the State of Michigan.” Awards include the Smithsonian Institute’s Certificate of Excellence (Playaround Shakespeare, 1987) and the 1983 American Theatre Association Award for “Contribution to Theatre as an Author, Actor, and Director.” In 2012 he was awarded the prestigious Claribel Baird Halstead Collegiate Professorship by the School of Music, Theatre & Dance. 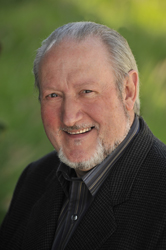