Joan Noble-Pruett is currently in her 25th season with Michigan Marching Band as the flag instructor, and is a professor in the School of Music, Theater and Dance at the University of Michigan, Ann Arbor, and holds a dual appointment with the Michigan Athletic Department. She is the director of the Michigan Winter Ensemble, the Winter Competition color guard of the Michigan Marching Band. This also marks her ninth year as the assistant coach of the Michigan Dance Team. She brings a wealth of experience gathered through her years working with color guard ensembles across the country. With the Dance Team, she lends her expertise in formations, transitions, and precise execution.

Noble-Pruett continues to work with numerous high school programs throughout the country and is a sought-after judge around the United States for Color Guard, Marching Band, and Dance Team competitions. This past spring Noble-Pruett was a guest presenter at the College Band Directors National Association of Marching and Athletic Bands in Seattle, WA, the Universal Dance Association and Varsity University at the Dallas Coaches Conference, as well as the Costa Mesa Conference in CA. Each summer she is a featured instructor at Central Michigan University’s Drum Major and Color Guard clinics, working with guard and drum majors on strength, conditioning, and movement.

Prior to Michigan, Noble-Pruett was the color guard instructor for the Indiana University Marching Hundred for four years. She also taught Color Guard and movement with the Star of Indiana Drum and Bugle Corps and the Spirit of Atlanta.

While she was active in competition herself, she competed for six seasons in Winter Guard International and was part of the gold medal-winning State Street Review at the world championships in 1987. She also competed for nine seasons in Drum Corps International with several ensembles, including the Schaumburg Guardsmen, 27th Lancers, and Santa Clara Vanguard.

Noble-Pruett lives in Farmington Hills, MI. with her husband Brandt and son, Steven. 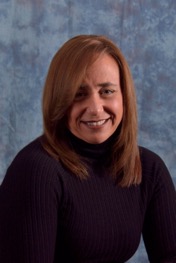