GRAMMY Award winner Jerry Blackstone is a leading conductor and highly respected conducting pedagogue.  Now emeritus professor of conducting, he served on the faculty of the University of Michigan School of Music, Theatre & Dance for thirty years where as director of choirs he led the graduate program in choral conducting and oversaw the University’s eleven choirs.   In February 2006, he received two GRAMMY Awards (“Best Choral Performance” and “Best Classical Album”) as chorusmaster for the critically acclaimed Naxos recording of William Bolcom’s Songs of Innocence and of Experience. The Naxos recording of Milhaud’s monumental L’Orestie d’Eschyle, on which Blackstone served as chorusmaster, was nominated for a 2015 GRAMMY Award (“Best Opera Recording”). Opera Magazine reviewer Tim Ashley wrote: “the real stars, though, are the University of Michigan’s multiple Choirs, who are faced with what must be some of the most taxing choral writing in the entire operatic repertory. Their singing has tremendous authority and beauty, while the shouts and screams of Choéphores are unnerving in the extreme. Their diction is good too: the occasions when we don’t hear the words are Milhaud’s responsibility, rather than theirs. It’s an extraordinary achievement, and utterly mesmerizing.”

The University of Michigan Chamber Choir, conducted by Blackstone, performed by special invitation at the inaugural conference in San Antonio of the National Collegiate Choral Organization (NCCO) and presented three enthusiastically received performances in New York City at the National Convention of the American Choral Directors Association (ACDA).  As conductor of the University of Michigan Men’s Glee Club from 1988-2002, Professor Blackstone led the ensemble in performances at ACDA national and division conventions and on extensive concert tours throughout Australia, Eastern and Central Europe, Asia, South America, and the United States.

Professor Blackstone is considered one of the country’s leading conducting teachers, and his students have been first place award winners and finalists in both the graduate and undergraduate divisions of ACDA’s biennial National Choral Conducting competition.  His 2016 rehearsal techniques DVD, Did You Hear That? (GIA Publications) deals with the conductor’s decision-making process during rehearsal.  Santa Barbara Music Publishing distributes Blackstone’s acclaimed educational DVD, Working with Male Voices and also publishes the Jerry Blackstone Choral Series.

Blackstone is an active guest conductor and workshop presenter and has appeared in forty-two states as well as New Zealand, Australia, Hong Kong, Shanghai, and Sicily. In the summer, he leads the Adult Choir Camp and the Choral Conducting Institute at the Interlochen Center for the Arts.

Prior to coming to the University of Michigan in 1988, Dr. Blackstone served on the music faculties of Phillips University in Oklahoma, Westmont College in California, and Huntington University in Indiana. 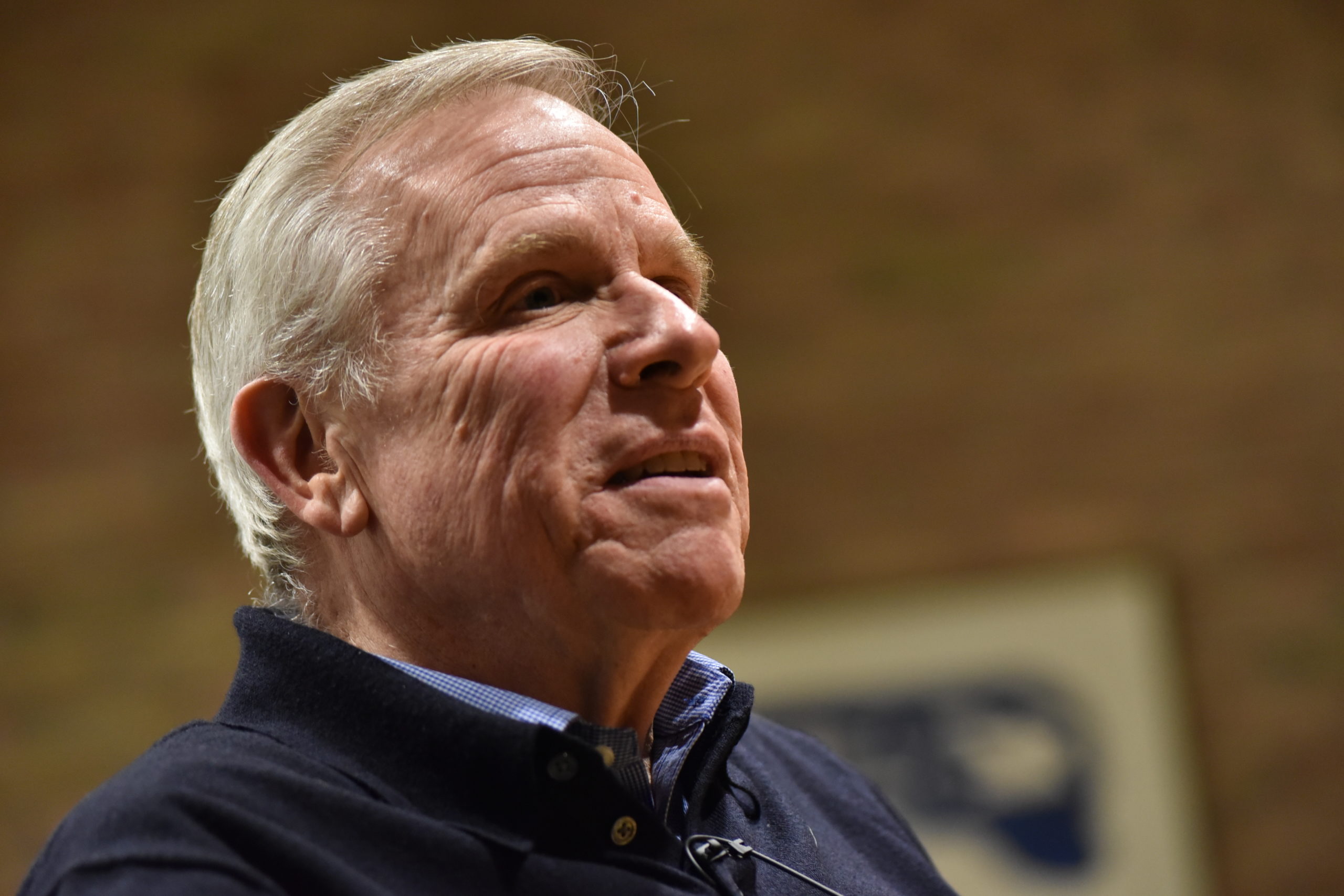