In his music, Evan Chambers (b.1963 Alexandria, LA) seeks to capture the energy and physicality of folk performance, translating it into the language of contemporary classical idioms. His compositions bear the stamp of his family’s participation in the American folk revival and an early exposure to the edginess and immediacy of community music-making. The result is a new music that honors traditional roots as diverse as Albanian polyphony, Sufi Qawwali music, Sacred Harp singing, Irish dance tunes, and American polkas. His work has been described by The Washington Post as “luminous, wistful…undeniably poignant,” “with an elegant sense of restrained longing.”

Chambers is known for his intense vocal performances of his own works, and is also an Irish-traditional fiddler. He appeared as the fiddle soloist in his Concerto for Fiddle and Violin at Carnegie Hall with the American Composers Orchestra (its second Carnegie performance) and his orchestral song-cycle The Old Burying Ground was also performed in Carnegie Hall. He won first prize in the Cincinnati Symphony Composers’ Competition, and was awarded the Walter Beeler Composition Prize by Ithaca College; his work has also been recognized by the American Academy of Arts and Letters, the International Luigi Russolo Competition, Vienna Modern Masters, and the American Composers Forum. Chambers’s works have been performed by the Cincinnati, Kansas City, Spokane, Memphis, Toledo, New Hampshire, and Albany Symphonies, among others. He has written commissioned works for the Albany Symphony, Toledo Symphony chamber players, the USMA Wind Ensemble, eighth blackbird, the Verdehr Trio, Quorum, the Greene String Quartet, the Detroit Chamber Winds and Strings, and the University of Michigan Bands. He has been a resident of the MacDowell Colony and Yaddo, and his work has been supported by grants from the NEA, Argosy Foundation, Meet the Composer, the Arts Foundation of Michigan, and ArtServe Michigan.

He is a professor of composition at the University of Michigan School of Music, Theatre & Dance, and served as chair of the Department of Composition for a number of years. Chambers graduated with highest honors from the U-M, where he received a DMA and MM in composition. He also holds a BM in viola performance from Bowling Green State University, where he studied viola with Bernard Linden and was honored as an Accomplished Graduate in 2002. His composition teachers include William Albright, Leslie Bassett, Marilyn Shrude, and Nicholas Thorne; he also studied electronic music with George Wilson and Burton Beerman.

His works have been released on recordings by Equilibrium, the Foundation Russolo-Pratella, Cambria, Centaur, Clarinet Classics, Albany Records, and Dorian Sono Luminus. His orchestral song-cycle The Old Burying Ground is available on Dorian Sono Luminous and on iTunes. For a complete list of works, sound samples or to order music online, visit his website. 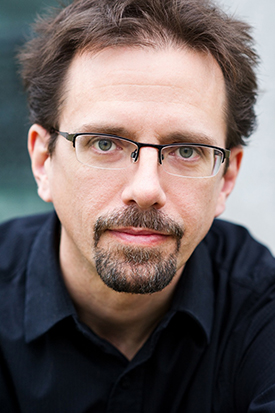