Violinist Aaron Berofsky has toured extensively throughout the United States and abroad, gaining wide recognition as a soloist and chamber musician. As a soloist, he has performed with orchestras in the United States, Germany, Italy, Spain, and Canada. He has performed the complete cycle of Mozart violin sonatas at the International Festival Deia in Spain and has appeared in such renowned venues as Carnegie Hall, Alice Tully Hall, the 92nd Street Y, the Corcoran Gallery, Het Doelen, L’Octogone, the Teatro San Jose, and the Museo de Bellas Artes. Mr. Berofsky has been featured on NPR’s Performance Today and on the Canadian Broadcasting Company. His acclaimed recordings can be found on the Sony, New Albion, ECM, Audio Ideas, Blue Griffin and Chesky labels.

Berofsky has been the first violinist of the Chester String Quartet since 1992. The quartet has been acclaimed as “one of the country’s best young string quartets” by the Boston Globe, and as having “irrepressible energy and unflagging good taste” by the Los Angeles Times. Tours have taken them throughout the Americas and Europe and the quartet members have collaborated with such artists as Robert Mann, Arnold Steinhardt, Franco Gulli, members of the Alban Berg Quartet, Andres Diaz, Eugene Istomin, and Ruth Laredo. Some notable projects over the years have included the complete cycles of the quartets by Beethoven and Dvorak, and numerous recordings by such composers as Mozart, Haydn, Barber, Porter, Piston, Kernis, and Tenenbom. The Chester Quartet has served as resident quartet at the University of Michigan and at Indiana University – South Bend.

An alumnus of the Juilliard School, Mr. Berofsky was a scholarship student of Dorothy DeLay. Other important teachers have included Robert Mann, Felix Galimir, Glenn Dicterow, Lorand Fenyves and Elaine Richey. Mr. Berofsky is known for his commitment to teaching and is professor of violin at the University of Michigan and visiting professor at the Hochschule fur Muisk in Detmold, Germany. He taught at the Meadowmount School of Music for many summers and now teaches at the Chautauqua Institution. He has also taught at Oberlin, Interlochen, the Adriatic Chamber Music Festival, and the Conservatorio Palma Mallorca. Mr. Berofsky’s interest in early music led him to perform with the acclaimed chamber orchestra Tafelmusik on period instruments, and he has recorded with them for the Sony label. With a strong dedication to new music as well, he has worked extensively with many leading composers of the twentieth and twenty-first centuries, performing, commissioning and recording music by John Cage, William Bolcom, Zhou Long, Michael Daugherty, Aaron Jay Kernis, Susan Botti, and Bright Sheng. Aaron Berofsky is the concertmaster of the Ann Arbor Symphony. He has served as concertmaster for the Orkestra Sinfonica Bilbao, the Juilliard Orchestra, and the Lansing Symphony as well. He performs frequently with the Camerata Adriatica as a soloist and continues to appear regularly in recital and at festivals throughout North America and Europe. 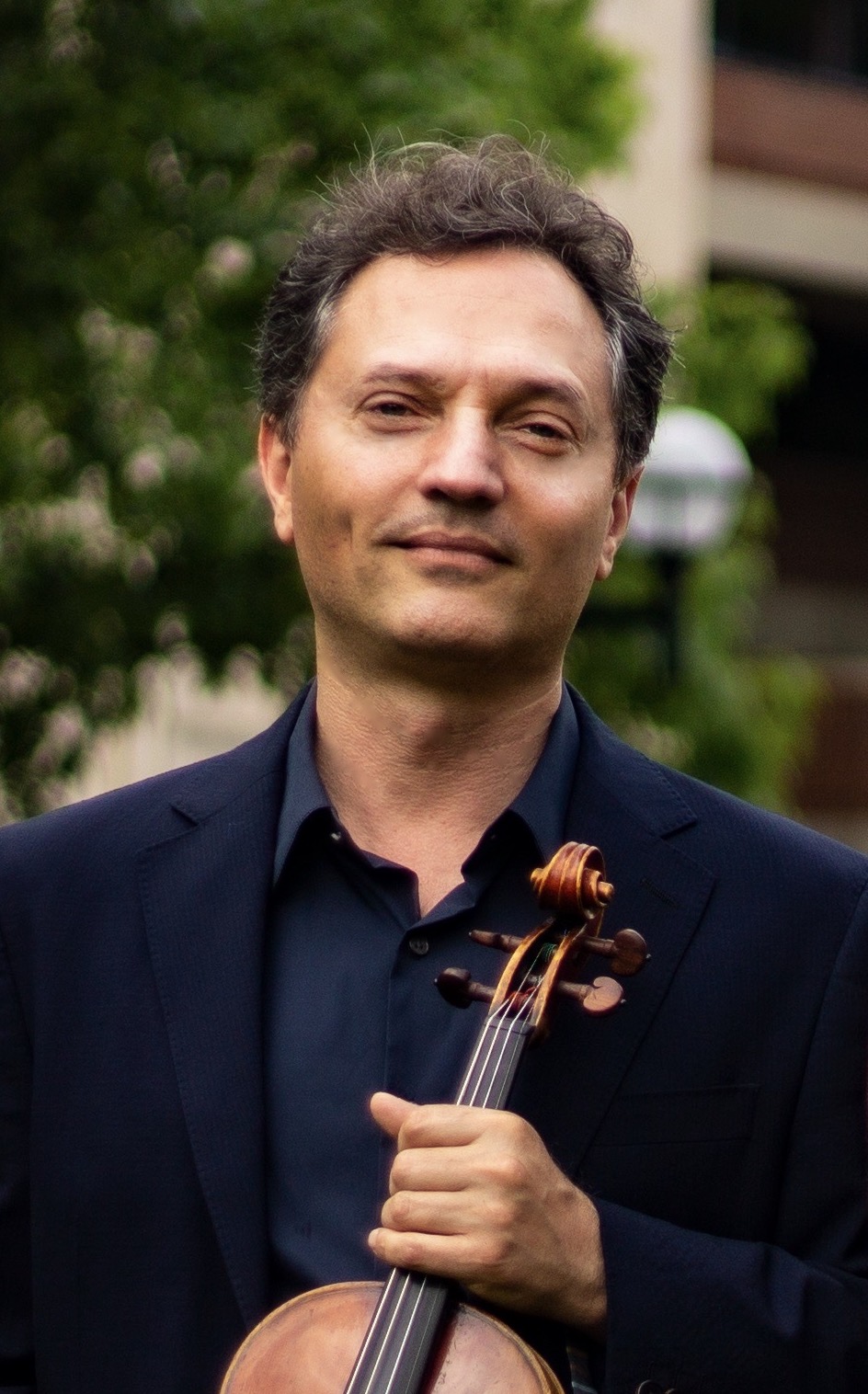 Schumann Violin Sonata No. 1 in A minor with Ellen Hwangbo, piano