Applications are now being accepted on a rolling basis following the May 1, 2022, priority deadline. Feel free to contact SMTD Engagement & Outreach Staff via email (smtd-youthandadult@umich.edu) if you have any questions.

*NOTE: Dates and times for MYETE 2022-23 Season Events are subject to change 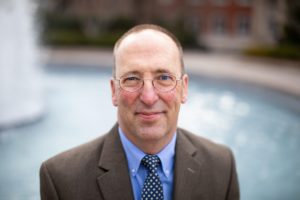 A dedicated educator, Zerkel’s students have enjoyed numerous musical and professional successes under his direction. He has had multiple winners in the Leonard Falcone Competition, the solo competition of the International Tuba Euphonium Conference, and the national Music Teachers National Association solo competition. Alumni from his studio have performed with the Cleveland Orchestra, Chicago Symphony Orchestra, and the New York Philharmonic. Many others are leading successful teaching careers at the secondary and post-secondary level.

(updated for 2022-23 season)
Those interested in participating in the 2022-2023 Michigan Youth Euphonium & Tuba Ensemble Season should complete an application by following the directions posted in the following section.

NOTE: The Michigan Youth Euphonium & Tuba Ensemble does not require an audition to participate.

ELIGIBILITY
Students interested in the Michigan Youth Euphonium & Tuba Ensemble must be enrolled in grades 9 through 12 for the 2022-2023 academic year.

A discounted tuition rate of $315.00 per additional ensemble is available for musicians who participate in multiple ensembles. This discount is applied to the ensemble of equal or lesser value.