Caitlin Lynch to join Department of Voice in Fall 2022 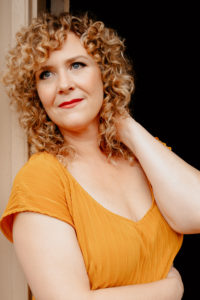 The University of Michigan School of Music, Theatre & Dance announces that Professor Caitlin Lynch (BM ‘02) will join the faculty as assistant professor of voice in fall 2022. An acclaimed performer, Lynch is also a passionate teacher, mentor, and producer.

“As an alumna of our vocal program, as well as through her much-lauded successes as a performer and advocate for new music, Caitlin Lynch will bring a fresh and rich perspective to the Department of Voice,” said Scott Piper, associate professor of music, Norma L. Heyde Faculty Development Professor, and chair of the Department of Voice. “Furthermore, Caitlin has a commitment to the cultivation of the type of professional relationships that will extend the impact and reach of our department. We’re excited to welcome Caitlin back to her alma mater.”

In addition to her U-M degree, Lynch also holds a degree from the University of Cincinnati’s College Conservatory of Music, and she was a member of young artist programs with Seattle Opera, Houston Grand Opera, Cincinnati Opera, and Glimmerglass Opera.

Lynch made her debut at the Metropolitan Opera in 2013 as Biancofiore in Francesca da Rimini and has since returned as Cynthia in Nico Muhly’s Two Boys, Pamina in Mozart’s The Magic Flute, and Contessa Almaviva in Le nozze di Figaro.

She began her 2021–22 season with her company debut at Austin Opera, as Contessa Almaviva in Le nozze di Figaro. Other appearances during the season include the First Lady in Die Zauberflöte with Houston Grand Opera; a concert of Bolcom, Price, and Brahms with Chamber Music Detroit; and performances of Beethoven’s Ninth Symphony with the Kansas City Symphony. In future seasons, she will continue her relationship with the Metropolitan Opera, sing a leading role in a world premiere opera with Houston Grand Opera, return to Music of Remembrance in Seattle, and debut with the Saint Paul Chamber Orchestra.

Lynch has a private studio and has been on faculty at Wayne State University. In collaboration with Wayne State University’s Detroit Song Book, she commissioned seven new poems and songs in response to Covid-19 in 2020–21, called Song Portraits. She recently recorded an album of 23 songs in seven different languages with pianist Jean Schneider, entitled Sweet Dreams: Lullabies and Night Songs.

Regarding her new faculty position, Lynch shared, “This is a full circle moment for me, having graduated from SMTD with my bachelor of music in voice performance in 2002. I am honored to work under the dynamic leadership of Dean Gier, alongside this incredible faculty. I particularly look forward to teaching and learning from the talented students of SMTD. I am committed to making beautiful music, in a meaningful and collaborative way, with and for this special community.”

Lynch and her husband, baritone Jonathan Lasch, cofounded Detroit Song Collective, which is dedicated to celebrating the living power of song to move hearts, change lives, and transform the world. They live in Ferndale, Michigan, with their three children.