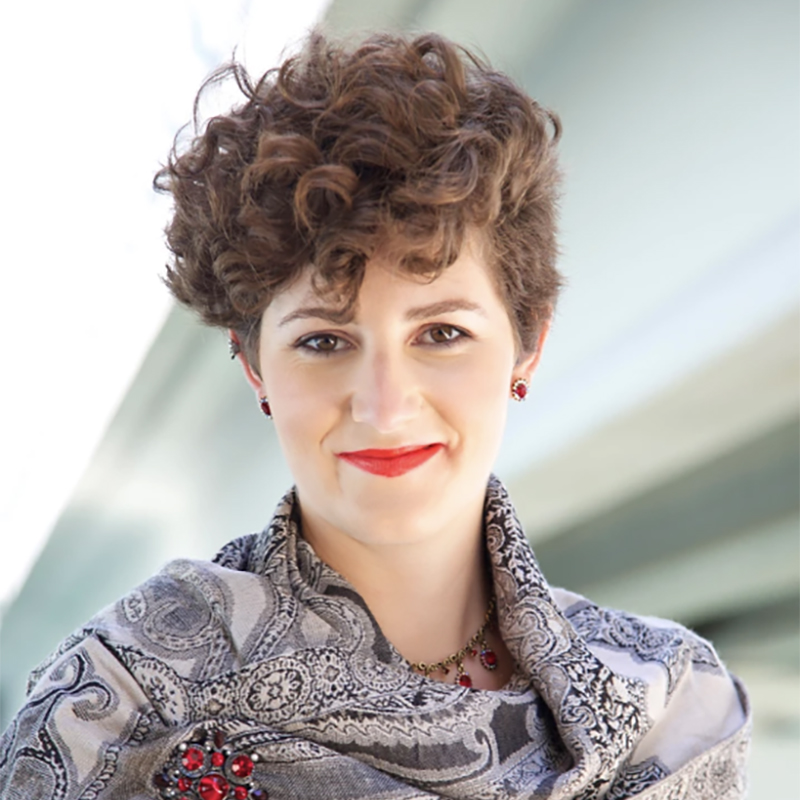 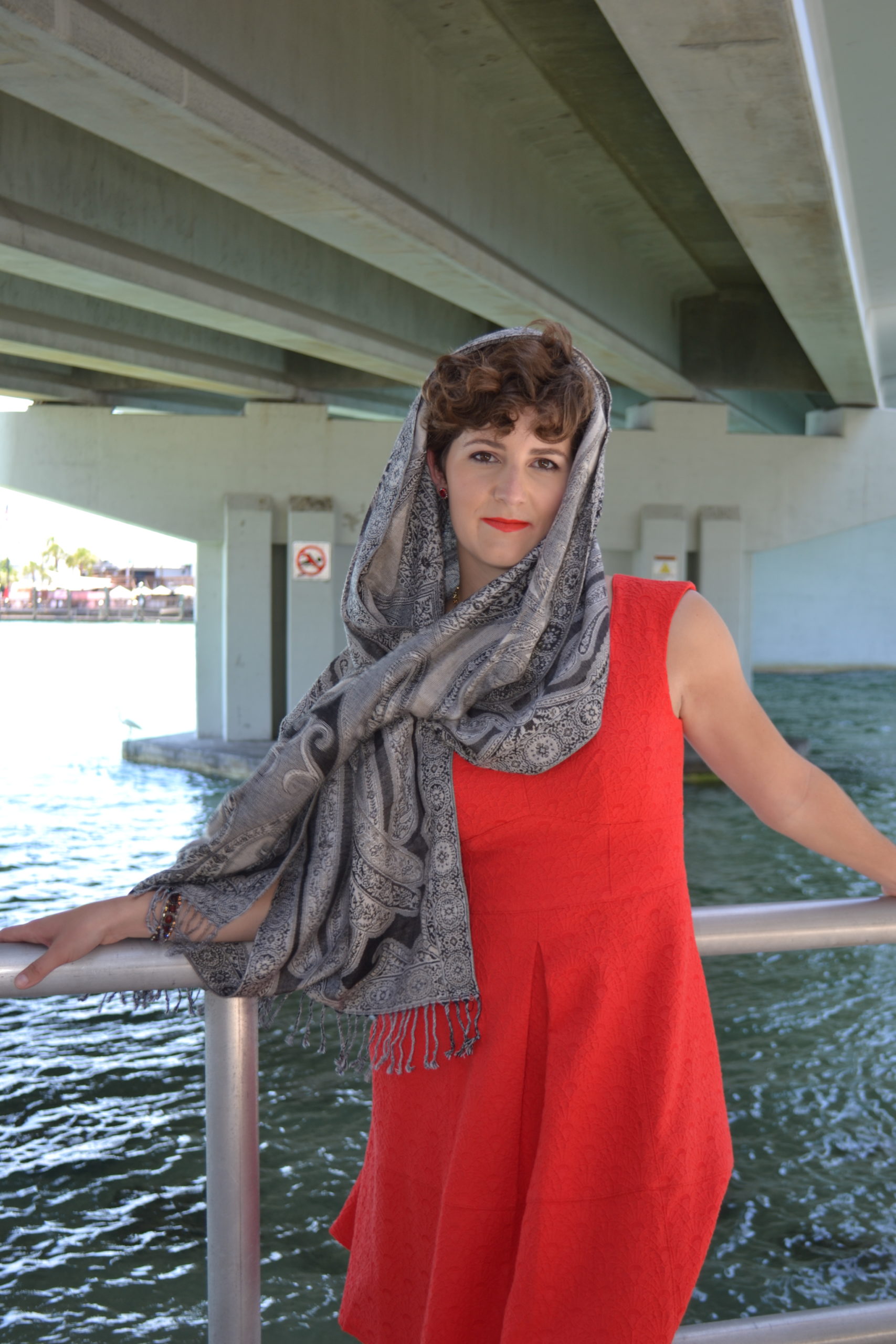 American mezzo-soprano Dr. Tessa Romano (MM ‘15 Vocal Performance) is a singer, educator, and collaborator currently living and working in Ōtepoti Dunedin, Aotearoa New Zealand. They are Head of Voice at the University of Otago School of Performing Arts where they are devoted to finding ways of decolonizing the conservatory-based structure and curricula.

Tell us about your journey to your current position
My journey to becoming Head of Voice at the University of Otago actually has quite a strong connection to the University of Michigan. In 2014, I toured with the University of Michigan Chamber Choir, under then conductor Professor Jerry Blackstone, to Australia and Aotearoa, New Zealand. It was on that tour that I at one point met the woman who I would later replace after her retirement from this role, and I also met a young musician who is now a student of mine. It is a small world! I found this position on a listserv not long after finishing up my Doctorate of Musical Arts in vocal performance and pedagogy, which I pursued at the University of Colorado Boulder immediately after finishing my Masters at Michigan. I was freelancing in New York City at the time that I found this position, but my partner and I had always considered living and working abroad, and I had a strong will to teach at a university. This job popped up, I applied, and came here to interview (in the days when it was still safe to travel internationally), and it turned out to be a great fit.

What has it been like teaching voice/performing in New Zealand during the pandemic?
Aotearoa, New Zealand was one of the first countries in the world to institute a strict lockdown right from the start, so it was difficult at first. I will admit that I quite liked working from home initially, and I was lucky not to be surviving on performance alone since so many performances were canceled for a while. It was still summer-like weather at the time thanks to Southern Hemisphere reverse seasons, so we were still able to take lots of beautiful walks along the harbor even while we couldn’t travel more than 5km from our homes. Teaching singing online was challenging, but my students at Otago proved very resilient and flexible. However, because of the government’s hard and fast initial take on COVID, it became controlled by June and we have had very few and very short lockdowns since the first. Thanks to those wonderful policies and the collective caring of communities here, I have largely been able to resume performing and teaching in person.

What projects are you currently working on?
I am preparing music for several performances coming up this year, including with the Dunedin Symphony Orchestra, the Dunedin City Choir, and the ensemble I co-founded here called The Octagon Ensemble. We are lucky enough in Aotearoa to have dealt with COVID very efficiently very early on so many live performances are still able to go on as normal here, as long as we stay vigilant. Probably the two projects I am most excited about at the moment are a recital program that I am preparing for the University of Otago concert series which will be looking at Spanish song and zarzuela across the globe with a critical decolonizing lens, and a collaborative project born from New Zealand Opera’s pilot year of Voices of Aotearoa 6:24. In this NZO program, 24 creatives were placed into groups of four people, which each included a singer, instrumentalist, writer and composer, in order to come up with a concept for an opera. I have really enjoyed working with the collaborators from this program and we are planning on fleshing out our opera and presenting it later this year and early next year. Funny enough, the theme that our opera revolves around is silence.

How did your training at SMTD prepare you for your current position? Did you expect your university experiences to translate?
I use all of the skills I developed in my classes at SMTD in my current position as Head of Voice at the University of Otago. I teach my students diction, singing, a bit of vocal pedagogy, and musicology. And in terms of making the connection to the position here, it was my first tour to Aotearoa with the U-M Chamber Choir that helped me understand how amazing this place is, and former U-M Professor Jerry Blackstone was instrumental in putting me in touch with a few folks in Aotearoa who could help me better understand the music community and University system prior to my interview.

What is special about Michigan?
I am still amazed that the University of Michigan is able to create such a specialized and fantastic conservatory-like experience within that larger University community. I learned so much while I was there that I use every single day, and I have also kept in touch with many of my colleagues at Michigan who have been wonderful connections in getting to where I am now. It has been wonderful to see my classmates at Michigan succeed at what they do and to champion each other’s growth. I still think back to the opera productions I was involved in at the University of Michigan, and am in awe of the quality. Professor Freda Herseth, who was my voice studio professor at Michigan, has been a fantastic mentor for me since graduating. And an additional University of Michigan highlight for me was the “India Program” run by U-M Professor Stephen Rush. It was a pivotal part of my experience at Michigan and has deeply influenced the way that I practice, research, teach, and think about music today. Before that trip, I hadn’t realized that there were forms of classical music outside of Western Classical. It was a complete perspective shift that I think has made me a better person, as well as a better creative and academic. There is so much that is special about Michigan.

Share a favorite Michigan and/or SMTD memory.
An on-campus experience that was particularly special to me was as a performer in the 2014 production of Dead Man Walking at the University of Michigan. If anyone is familiar with the book or the movie, they might understand how heavy and heartbreaking that story is, and we were able to hear it from Sister Helen Prejean’s own lips when she came to visit shortly before the performance dates. It may not have been the happiest experience, but it was incredibly moving and created a connection with that music, that story, and my colleagues at the time that I haven’t felt in a production since. It was one of the most challenging performance experiences of my life, but for that reason was also one of the most rewarding.

What is something outside of your art that you are passionate about?
At the moment, I am very passionate about hiking and being outside, and also probably a little too enthusiastic about bringing the outdoors inside… I have 22 house plants and counting. John Cage apparently had 200 house plants in his NYC apartment, so it could be worse.

What inspires you artistically?
There is a lot that inspires me artistically at the moment – I have the privilege to collaborate with a lot of composers both in Aotearoa and in the United States, and each one feeds me artistically in a different way. I am also inspired by my partner, Michigan alumnus Rushi Vyas, who is a poet. A few of his poems are actually being set to music for me right now by Aotearoa composer Kenneth Young, and I am very excited to hopefully premiere those in September of this year. More abstractly though, I am incredibly inspired by this place I now find myself – Aotearoa New Zealand – which has such a rich natural history and human history prior to colonization about which I knew next to nothing before arriving here. It has been so gratifying to listen to and learn from Māori and Pasifika folks, and consider how I relate to land and the settler experience in both positive and negative ways. It has made me incredibly aware of the dampening of Indigenous cultures and voices in the United States, and my lack of knowledge of the original guardians of the land on which I was born on.