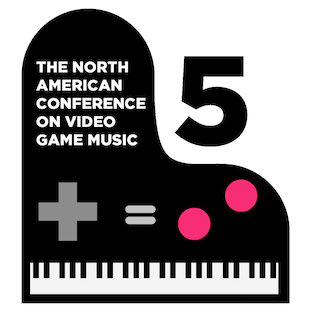 The fifth annual North American Conference on Video Game Music (NACVGM) will be held at the University of Michigan School of Music, Theatre & Dance (SMTD) on Saturday, January 13 and Sunday, January 14, 2018 from 9 am to 6 pm each day. The program, daily schedule, and registration information can be found at smtd.umich.edu/nacvgm.

The conference is supported by SMTD, the University of Michigan Office of Research, and the Benard L. Maas Foundation, and it is being organized by Matthew Thompson, assistant professor of music at SMTD.

NACVGM offers an opportunity for scholars in the fields of musicology, music theory, ethnomusicology, media studies, sound studies, composition, and more to discuss all aspects of music in video games. Topics at past conferences have included case studies of influential games and composers, technology and its impact on game music, teaching game music, analyzing game music, and music’s relationship to game narratives.

Numerous presentation topics at the 2018 conference will be featured, from analyses of early game audio to discussions of online cover videos, and from the teaching with video game music on college campuses to explorations of the sound effects of alcohol in video games.

Two keynote sessions will be presented beginning on January 13 at 5 pm when award-winning game audio guru Marty O’Donnell will discuss “Creativity and Technology: Chocolate and Peanut Butter, or Oil and Water?” O’Donnell’s video game career has included composing, sound design, implementation, and direction and casting of voice actors. Some of his blockbuster hits include the first three games in the Halo series. He also collaborated with Sir Paul McCartney on the music for Destiny and has a newly released Playstation VR game, Golem.

On January 14 at 10:45 am, William Gibbons, associate professor of musicology and associate dean at the College of Fine Arts at Texas Christian University, will deliver the second keynote, “Gamifying Classical Music and Classifying Game Music.” The topic aligns with his upcoming Oxford University Press book, Unlimited Replays: The Art of Classical Music in Video Games, to be published in 2018.

Since 2013, Thompson has taught “Video Game Music” at U-M, essentially a music appreciation course taught through the lens of video game music. The course is open to all students and attracts a wide variety of majors; the typical class can contain those who do not play video games and are curious about how a whole semester can be devoted to what they think of as “bleeps and bloops,” to video game fanatics and students who have gone on to work in game design, virtual reality technology, or game audio for their careers. Thompson attended the inaugural NACVGM in 2014 where he presented a retrospect on what he had learned by teaching his first semester of the class.

“At the time, I was the only one teaching with game audio; the other conference scholars were presenting analyses of the music and audio in games,” said Thompson. “I knew immediately that I wanted to host NACVGM at U-M in the future, to help bridge the connection between the ‘ivory tower’ of academia and the interests of many contemporary students. I’m especially delighted to see that someone who attended the inaugural conference and was inspired by my talk years ago (Jesse Kinne) is now presenting about his own experience of using video game music to teach at his campus.”

Thompson’s own presentation this year at NACVGM will focus on the history and pedagogy of piano collections of video game music as he details groundbreaking plans to explore these further in a studio teaching format during 2018-2019.