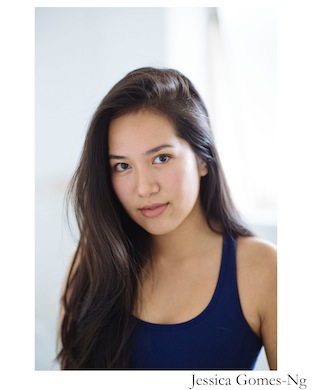 When the New York Philharmonic comes to Ann Arbor this year for their second major orchestral residency with the University of Michigan’s University Musical Society, two U-M students will take center stage with them at Hill Auditorium Nov. 18.

Jamie Colburn and Jessica Gomes-Ng of the U-M School of Music, Theatre & Dance will perform the roles of Tony and Maria, respectively, in selections from West Side Story as part of one of the Philharmonic’s popular Young People’s Concert series.

The casting extends the second year of the New York Philharmonic’s five-year orchestral residency with UMS to the U-M Department of Musical Theatre, which is one of the top programs in the country and currently the most represented on Broadway.“This is such a great opportunity for the students, who traveled to New York and will be working directly with the New York Philharmonic for this mainstage concert, but also for the Philharmonic, which has the opportunity to see firsthand the incredible talent at the University of Michigan,” said UMS president Matthew VanBesien.

The full Philharmonic residency takes place Nov. 16-19 and is part of “Bernstein’s Philharmonic: A Centennial Festival,” which celebrates the former Philharmonic music director and laureate conductor on the centennial of his birth.

In addition to selections from West Side Story, the program will feature excerpts from Candide, On the Town, Symphony No. 1 (“Jeremiah”) and Symphony No. 2 (“The Age of Anxiety”).

The program that will include performances by Colburn and Gomes-Ng will also welcome Jamie Bernstein, the composer’s daughter, and speaker and pianist Makoto Ozone. Detroit Symphony Orchestra music director Leonard Slatkin will conduct, and Theodore Wiprud will host the performance.

Colburn, a U-M junior working toward his BFA in musical theatre, is the founder and artistic director of Exit Left Theatre Company, located in his hometown of Holland, Mich. His performance credits include Connecticut Repertory Theatre’s production of “1776,” Encore Musical Theatre Company’s “Sweeney Todd” and Festival 56’s “The Drowsy Chaperone.” At U-M, Colburn has performed in productions of “The Winter’s Tale” and “A Man of No Importance.”

“I was a musician growing up and so was my dad, so it’s not lost on me that I’m going to be performing with some of the top musicians in the world, which is such a privilege,” Colburn said. “What’s even more exciting to me is that, on a personal note, my dad has always talked about watching the original Young People’s Concerts by Leonard Bernstein when he was young, so this performance is really going to be for him.” 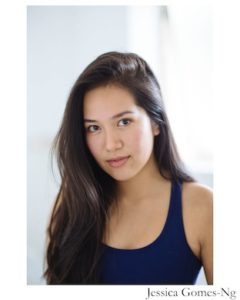 Gomes-Ng is a musical theatre senior from Auckland, New Zealand. Recent credits at the university include “One Hit Wonder,” “The Little Mermaid,” “Hotel California,” “The Tempest” and “Big Fish.”

“To say that I’m excited to be performing with the New York Philharmonic is an understatement,” Gomes-Ng said. “And to be performing the role of Maria—it resonates with me not only because of everything happening in the world today, but because of my personal story of overcoming cultural adversity. It’s just such an honor.”

In addition to the Young People’s Concert, U-M students will perform side-by-side with New York Philharmonic musicians in two “Off The Grid” chamber music pop-up concerts.

The Philharmonic’s “Off the Grid” performances—which will take place outside of New York City for the first time as part of the residency—will be held in two unique, secret Ann Arbor hotspots Nov. 16. Space is limited, so free admission will be awarded by lottery. Those interested in attending can register for the lottery before 8 p.m. Nov. 13.

The residency will feature three mainstage performances as well as over two dozen additional free events for the university and the regional community.