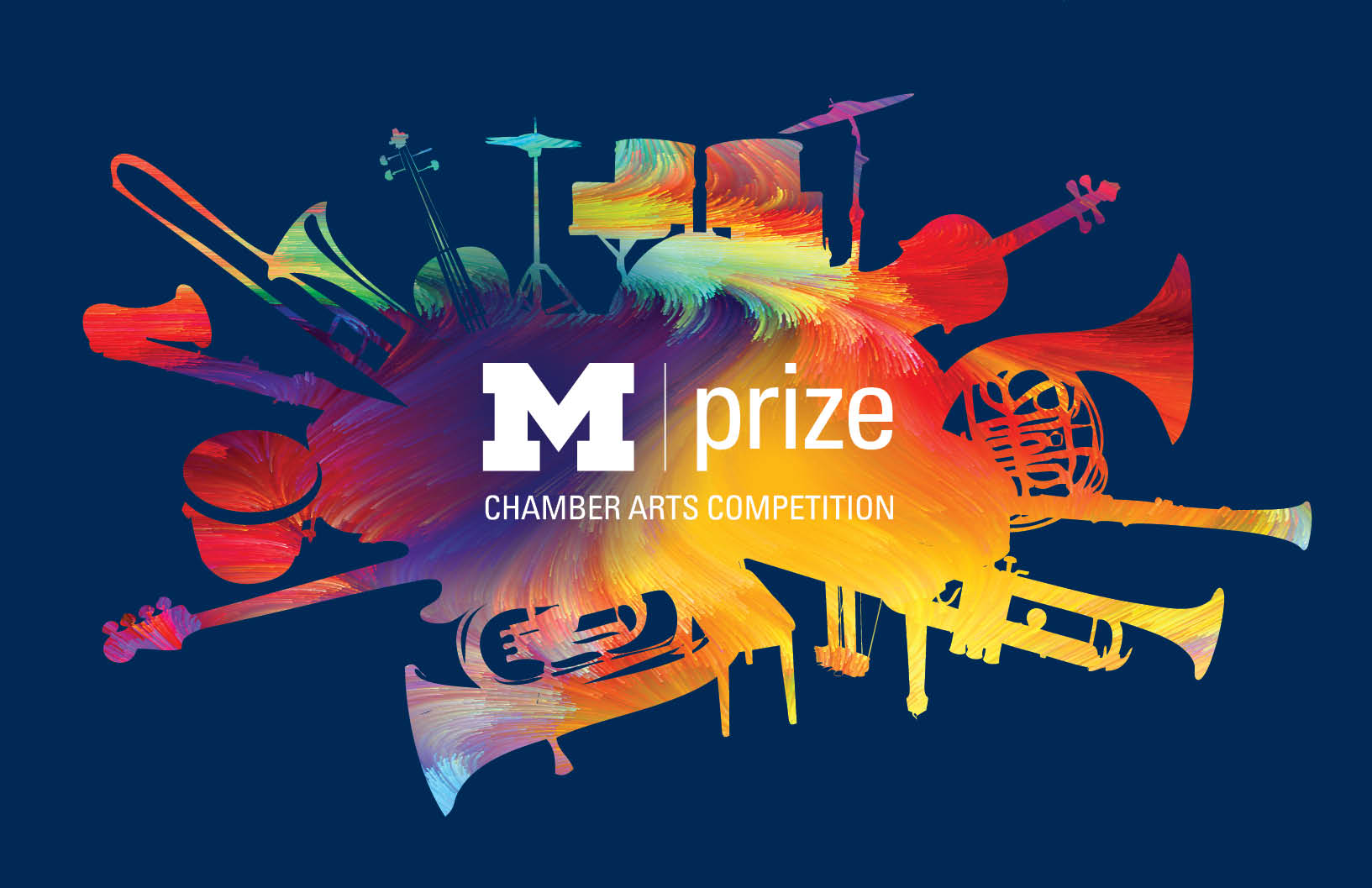 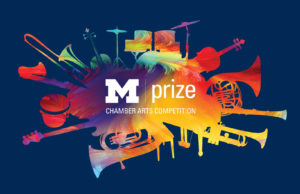 The Department of Chamber Music at the University of Michigan School of Music, Theatre & Dance (SMTD) has announced the 2018 edition of the M-Prize Chamber Arts Competition, featuring a grand prize of $100,000, the largest cash award for any chamber arts competition in the world.

The 2018 M-Prize Competition will be held May 3-6, 2018 at SMTD and Hill Auditorium in Ann Arbor, MI. Applications are now being accepted, with a deadline of Monday, January 15, 2018. Complete information, including eligibility, repertoire, and application materials, is available on the M-Prize website. M-Prize also awards an additional $109,000 in prize money divided amongst the winning small ensembles in both junior and senior divisions in three categories: Strings, Winds, and Open (comprising any instrumentation or genre).

In addition to the cash award, the grand prizewinner receives performance and residency opportunities with prestigious presenters including the University Musical Society (UMS, Ann Arbor) and National Sawdust (Brooklyn). New this year, the M-Prize winner will also be offered management by Concert Artists Guild (CAG), receiving the full scope of CAG’s management services as they join the CAG roster. Since 1951, CAG has helped more than 500 young musicians launch their concert careers.

CAG will also offer first place M-Prize laureate ensemble in the strings, winds or open categories automatic entry into the CAG Competition Semi-finals in mid-October of that calendar year. Winners of the annual competition join the CAG roster where they receive comprehensive management support, including a debut recital in Weill Recital Hall at Carnegie Hall, concert bookings, opportunities through the CAG commissioning program and CAG records label, marketing, publicity, and mentorship.

“With CAG’s generous prize offer, M-Prize becomes even more valuable to our Senior first place laureates,” said M-Prize artistic director Matt Albert, founding violinist/violist of the groundbreaking ensemble Eighth Blackbird and chair of SMTD’s Department of Chamber Music. “We hope our competition can contribute to the world of chamber music, helping many different groups advance their careers more deeply than the isolation of a single spotlight. This collaboration realizes another big step in that direction.”

“I cannot imagine a more organic partnership, since our two organizations are so closely aligned,” said Steve Shaiman, CAG’s senior vice president and director of artist management. “The fact that four of CAG’s current ensembles have had such successful experiences at M-Prize is a clear illustration of that.”

The partnership of CAG and M-Prize evolved out of their common missions-to discover the most outstanding young chamber ensembles and to help launch and advance their careers. Additionally, both organizations openly welcome both traditional and non-traditional musicians who preserve and/or expand the chamber music canon. Numerous M-Prize laureate ensembles are featured on the CAG roster including the Donald Sinta Quartet and Argus Quartet (as a result of the October 2017 CAG competition), as well as the Verona Quartet (2016 M-Prize 2nd place-senior strings) and PUBLIQuartet (2017 M-Prize semi-finalist-senior open).

M-Prize, supported by U-M’s Office of the Provost and an anonymous donor, was launched in 2016. Previous winners were the Calidore String Quartet (2016) and Russian Renaissance (2017), who represented the senior “open” category. Russian Renaissance performs at Rackham Auditorium in Ann Arbor on January 27, 2018, presented by UMS, and will lead master classes and more on the U-M campus.

“As M-Prize enters its third year, we’re thrilled to give a platform for the most exciting voices of this generation of chamber music ensembles, both high school and college/young professional,” said Albert. “We want to be a competition that measures the breadth of their experiences, including how they play for different audiences and how they speak about themselves, as well as one that develops a long-lasting relationship with its laureates.”

The M-Prize winner also receives performance and residency opportunities with Azica Records, Great Lakes Performing Artist Associates, and Chamber Music America among others, and the three senior first place laureate ensembles return to SMTD for a residency to work with students.

“Our M-Prize Laureate residencies have made a huge impact at SMTD, with our students gaining valuable first-hand knowledge and the laureate ensembles growing through the opportunity to work with students at one of the most prestigious performing arts schools in the nation,” said Albert.

The Grand Prize Gala Concert, on Sunday, May 6, in which the top ensembles in the three senior categories compete at Hill Auditorium, will be free and open to the public and live streamed by Detroit Public Television.

For more information, visit the M-Prize website and join the conversation using #theMprize.