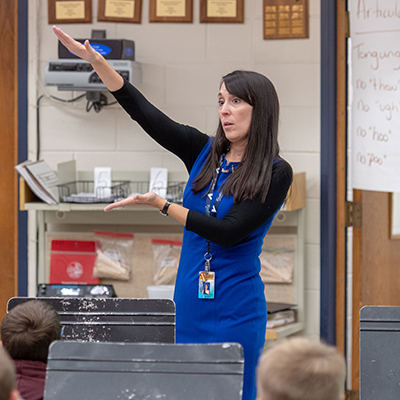 Strike Up the Band: U-M alumni teachers dominate in music classrooms across Michigan

Chances are good that if you or someone you know has taken a music class in Michigan in the last 70 years, it was taught by a University of Michigan graduate.

More than 400 U-M alumni are now at the helm of hundreds of elementary, middle and high school music classrooms across the state of Michigan.

Boasting one of the oldest music education programs in the country, the U-M School of Music, Theatre & Dance is considered a national leader in preparing successful music pedagogues for 21st century challenges. For many years, there has been a 100-percent job placement rate for U-M graduates hoping to begin a career as a music educator.

“Beyond our incredible placement numbers in Michigan, you can find many of our alumni teaching in public schools in each of the 50 states, and in many countries around the world,” says Michael Hopkins, associate professor and chair of the music education department. “It is rare that I go to a conference anywhere across the U.S. and do not run into someone who graduated from our program.”

Each year, SMTD’s Department of Music Education accepts about 15-20 new undergraduates in a competitive audition process, according to Colleen Conway, professor of music education.

“What’s really unique about our program is that, musically, our students are incredible—the educators that we’re producing are top-notch performers who also want to become music teachers,” said Conway, who has been teaching at U-M for nearly 20 years.

“The students I’ve had here get really fired up about changing the world, and they see beyond the music a little bit and understand that what they’re doing will change lives. I can’t put my finger on what that is—maybe it’s the energy of campus or the way that Michigan encourages them to think beyond their little piece of the world.” 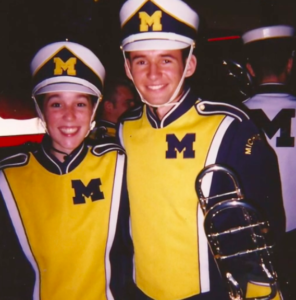 She played the clarinet. He played the trombone. If it weren’t for the fact that there are only a select club of music majors who are also in the Michigan Marching Band each year, it’s possible that Kellie (BM ’02) and Joe McInchak (BM ’02) may not have formed such a strong bond during the 1998 season, which also happened to be their freshman year at U-M.

“We were a couple before the end of the first semester, and we’ve been together ever since,” said Kellie, who said that she and Joe married in 2004, just two years after graduation.

The two are now a husband and wife co-teaching team at Tecumseh Schools, a small rural district in southeast Michigan where they work with band students in grades 5-12.

Kellie, who started giving clarinet lessons to younger kids before she graduated high school, has always wanted to be a music teacher. She currently teaches band in 5th, 6th and 7th grades.

“What I really love about working with the band, which is quite different from many other teaching assignments, is that we really get to form a strong connection with these kids over the course of many years and watch them grow,” she said. “What really drives me to teach these days is that music is something that helps kids to become more like themselves instead of everybody else.”

The McInchaks, who have three young children of their own, Andrew, Leo and Claire, both worked at various schools—Kellie at Western High School and Middle School in Parma, and Joe at Elmwood Park High School in Chicago and North Farmington High School in Michigan—before bringing their practice together nearly four years ago in Tecumseh.

While working side-by-side at school and at home might prove challenging for many couples, Joe says that the opportunity has been a dream come true.

“We’d always talk about maybe working together formally one day,” said Joe, who is the high school band director. “Though we worked at different schools prior to being at Tecumseh, we’ve constantly collaborated on some level; it’s the way we’ve always operated as a couple.” 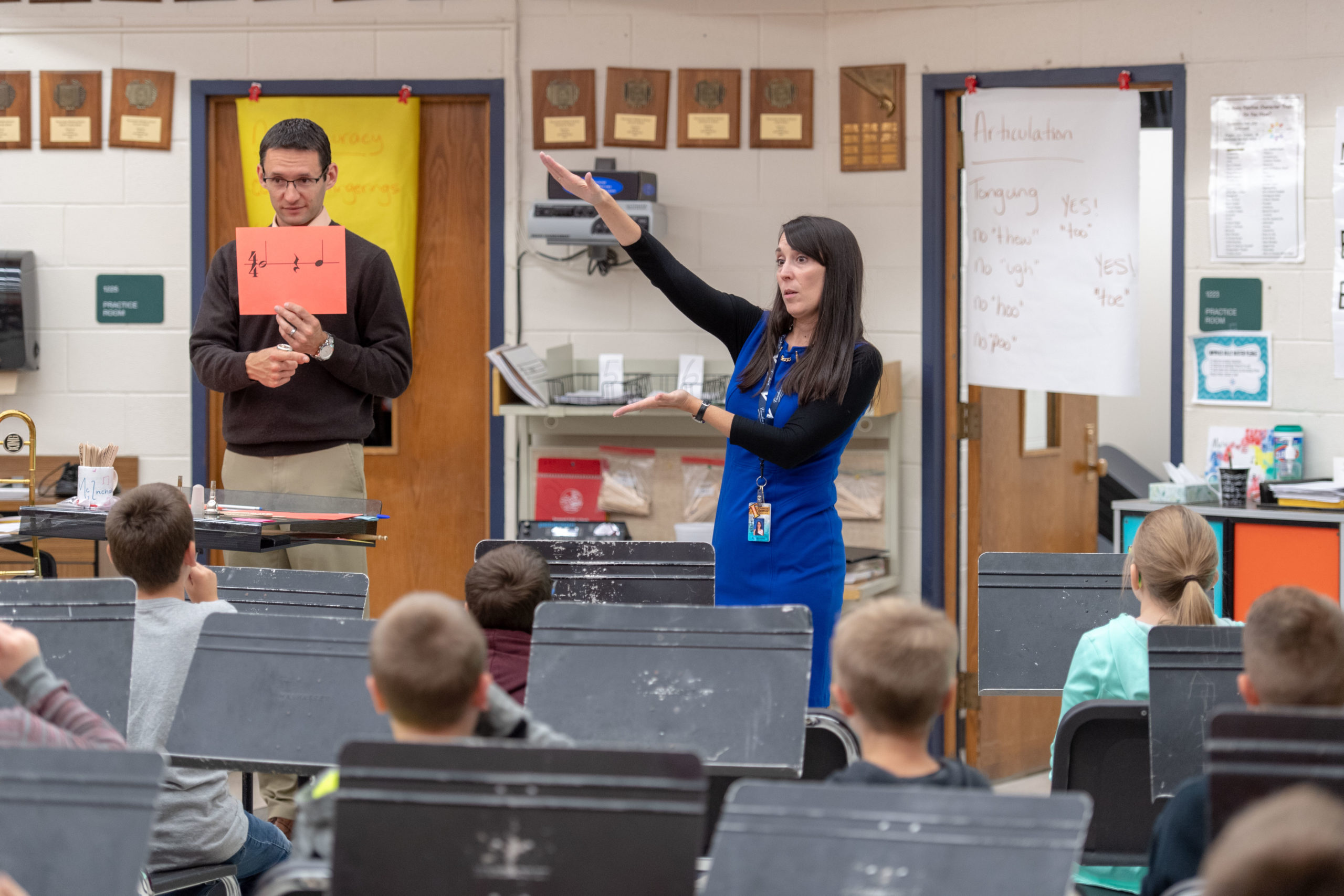 Kellie and Joe McInchak, husband and wife and UM grads, lead the band department at Tecumseh Public Schools in Tecumseh, Mich., on Oct. 24, 2018.

The McInchaks have maintained strong ties to U-M, mentoring student teachers from the music education program over the years, and bringing their own students on annual field trips to campus.

“We’ve never been too far away from Ann Arbor,” said Kellie, who mentioned that the couple brought their own kids to their first Michigan Football game last year. “The football game was great, but we were especially excited for them to see the marching band.”

A Legacy Marches On: Alan Posner and Bob Ambrose 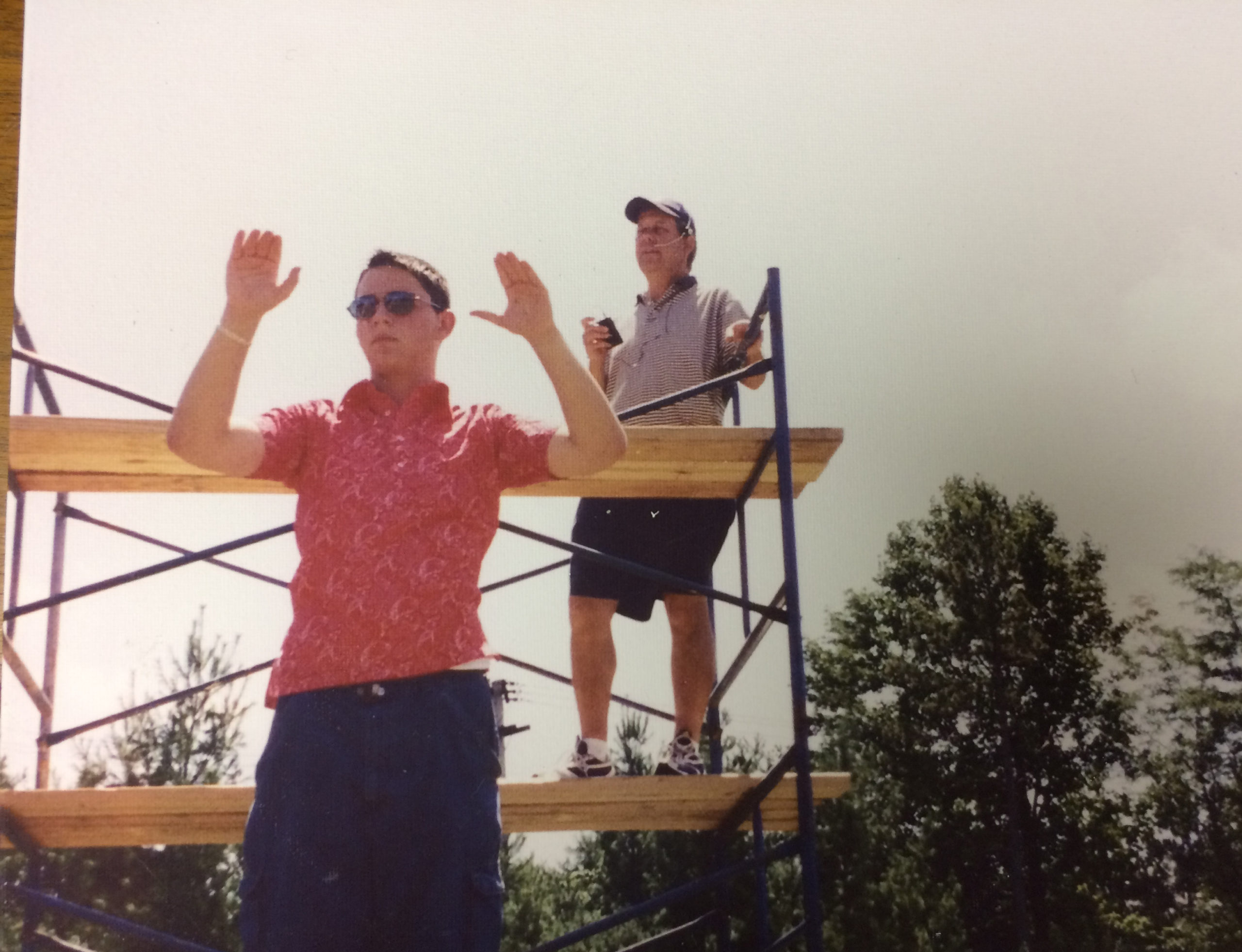 While learning to play the saxophone from his mentor and band director Bob Ambrose, Alan Posner (BA ’08) decided before graduating from Bloomfield Township’s Andover High School that he, too, wanted to lead the band.

Posner hadn’t imagined that he would one day follow in Ambrose’s footsteps to take over the very program that he had grown up in at Bloomfield Hills High School.

When Ambrose, who is also a U-M alumnus (MM ’82), retired after the 2014-15 school year, Posner started teaching during the 2015-16 school year (one year after Andover and Lahser high schools merged to become Bloomfield Hills High School).

Ambrose, a trombonist who spent 38 years teaching music in Michigan, met Posner when he was in the 6th grade and taught him until he graduated in 2004.

“Anybody who knows Alan knows that he’s a great musician, really bright and has boundless energy,” Ambrose said. “What I love about teaching music is that I really get to watch my students grow over the course of seven years or more, or in Alan’s case, for more than 20.” 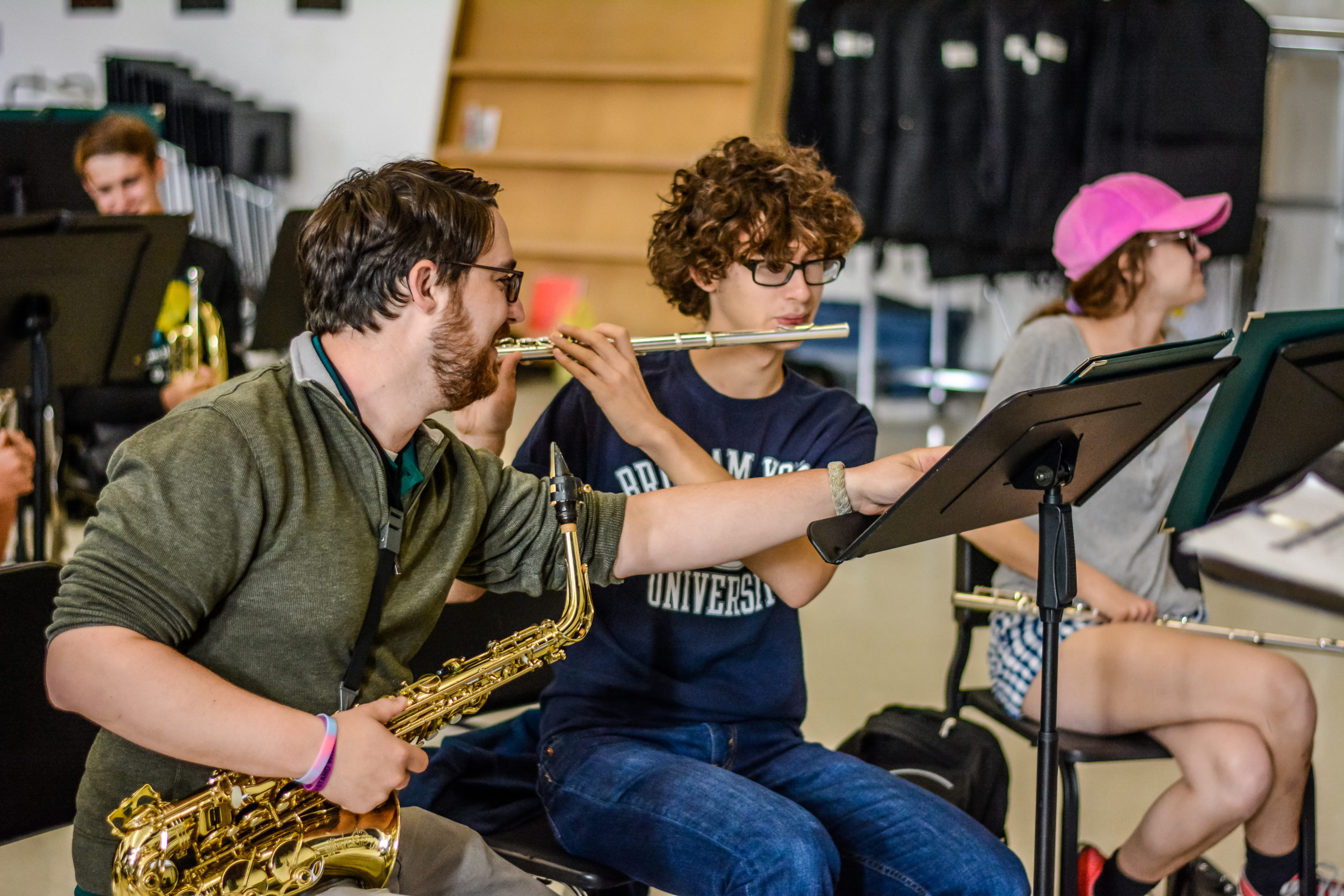 Alan Posner (BA ’08) is the director of bands at Bloomfield Hills High School.

Ambrose still keeps in contact with Posner, answering questions from time to time, even stepping in to teach classes recently when Posner took time off to welcome his first son.

“As a teacher, mentor and now a great friend, Bob has had a profound effect on my life, and is the main reason for my success today,” said Posner, who entered his 11th year as a band director in 2018, having also taught in Suttons Bay, Mich., and at Berkley High School and Norup International School, both in Berkley, Mich.. 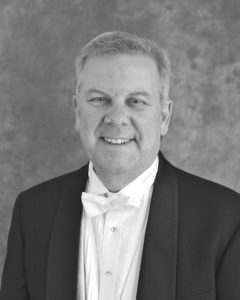 “For me, teaching is really about the students, to see where they start and how far they come. So many of them have beyond exceeded my expectations—to see them go to college and, regardless of their major, to see that they are able to build upon a strong foundation in music.”

Posner, who was in the Michigan Marching Band, Concert Band and Symphony Band during his time at U-M, currently serves as president of the Michigan School Band and Orchestra Directors Association, District IV. He performs regularly with many groups in the Detroit area, including “Klezundheit,” a band that he directs that plays klezmer, a traditional style of Jewish music.

Ambrose continues to be active in the field, teaching clinics, adjudicating and working on instrument fittings for a local music store. In addition, he enjoys visiting his grandchildren in New York and Charlottesville, Va., where his daughter Katy Ambrose (BM ’02) teaches horn at the University of Virginia.

Maize and Blue and Green and White: Iain Novoselich 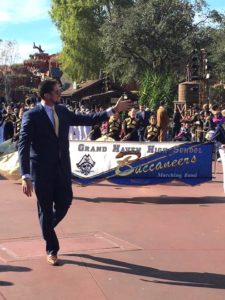 Iain Novoselich (MM ’14) is the director of bands at Grand Haven High School.

Iain Novoselich (MM ’14) had been teaching for about four years at Addison High School and then Grand Haven High School, where he currently teaches, before deciding to apply for his master of music in music education from U-M.

He remembered crossing paths with Conway around 2006, who was a visiting lecturer while he was taking undergraduate classes at Michigan State University. It was one of the reasons that he decided to explore U-M’s graduate program.

“Colleen is a great educator—she’s incredibly intense and wonderful, and I remember that it was her who made me realize that the University of Michigan’s network was one that I wanted to become a part of,” Novoselich said. “For me, it was a great opportunity to branch out and gain invaluable insight from a faculty different from my undergrad.”

Novoselich, like many of his peers, opted for U-M’s program that offers a Master of Music in music education over the course of three summer semesters, which is designed specifically for working professional educators.

“What’s great about having gone to both schools at different points in my career is that my network has gotten bigger and the music ed world has gotten much smaller,” he said. “At the end of the day, we’re all working toward the same goals, teaching and helping kids here in Michigan to grow.”