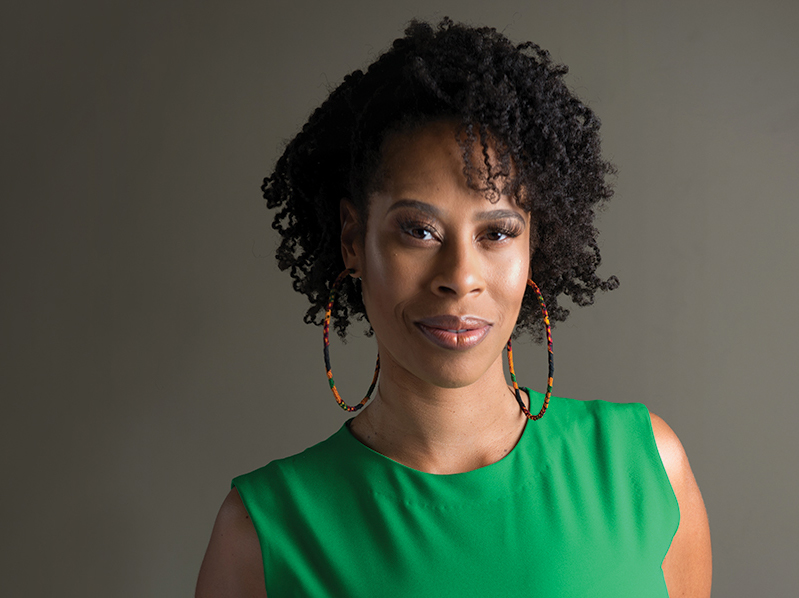 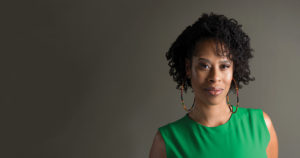 Playwright Dominique Morisseau (BFA ’00, theatre) was one of 25 distinguished individuals selected to receive a 2018 MacArthur Fellowship. Also known as the MacArthur “Genius Grant,”  the $625,000, no-strings-attached award is presented to “extraordinarily talented and creative individuals as an investment in their potential.”

In announcing her award, the MacArthur Foundation said Morisseau “uses lyrical dialogue to construct emotionally complex characters who exhibit humor, vulnerability, and fortitude as they cope with sometimes desperate circumstances. Her plays juxtapose beauty with destruction, hope with despair, and bring to light the complicated realities of urban African American communities.”

A native Detroiter, Morisseau began writing plays as a student at SMTD, studying with Prof. OyamO (Charles Gordon).  Her three-play cycle, The Detroit Project, includes Skeleton Crew, Paradise Blue, and Detroit ’67. Her additional plays include Sunset Baby, and Follow Me to Nellie’s.

Another play, Blood at the Root, was performed at SMTD in fall 2017, with Morisseau attending a reading where she worked with students as they developed their characters.

A co-producer on the Showtime series Shameless, Morisseau’s new play, Pipeline, recently completed its run at Lincoln Center, and her new musical, Ain’t Too Proud: The Life and Times of the Temptations, is headed for Broadway in the spring following runs in Berkeley (CA), Los Angeles, Washington, D.C., and Toronto, where it is currently being performed at the Princess of Wales Theatre.

The MacArthur Fellows Program is intended to encourage people of outstanding talent to pursue their own creative, intellectual, and professional inclinations. In keeping with this purpose, the Foundation awards fellowships directly to individuals rather than through institutions. Recipients may be writers, scientists, artists, social scientists, humanists, teachers, entrepreneurs, or those in other fields, with or without institutional affiliations. They may use their fellowship to advance their expertise, engage in bold new work, or, if they wish, to change fields or alter the direction of their careers.