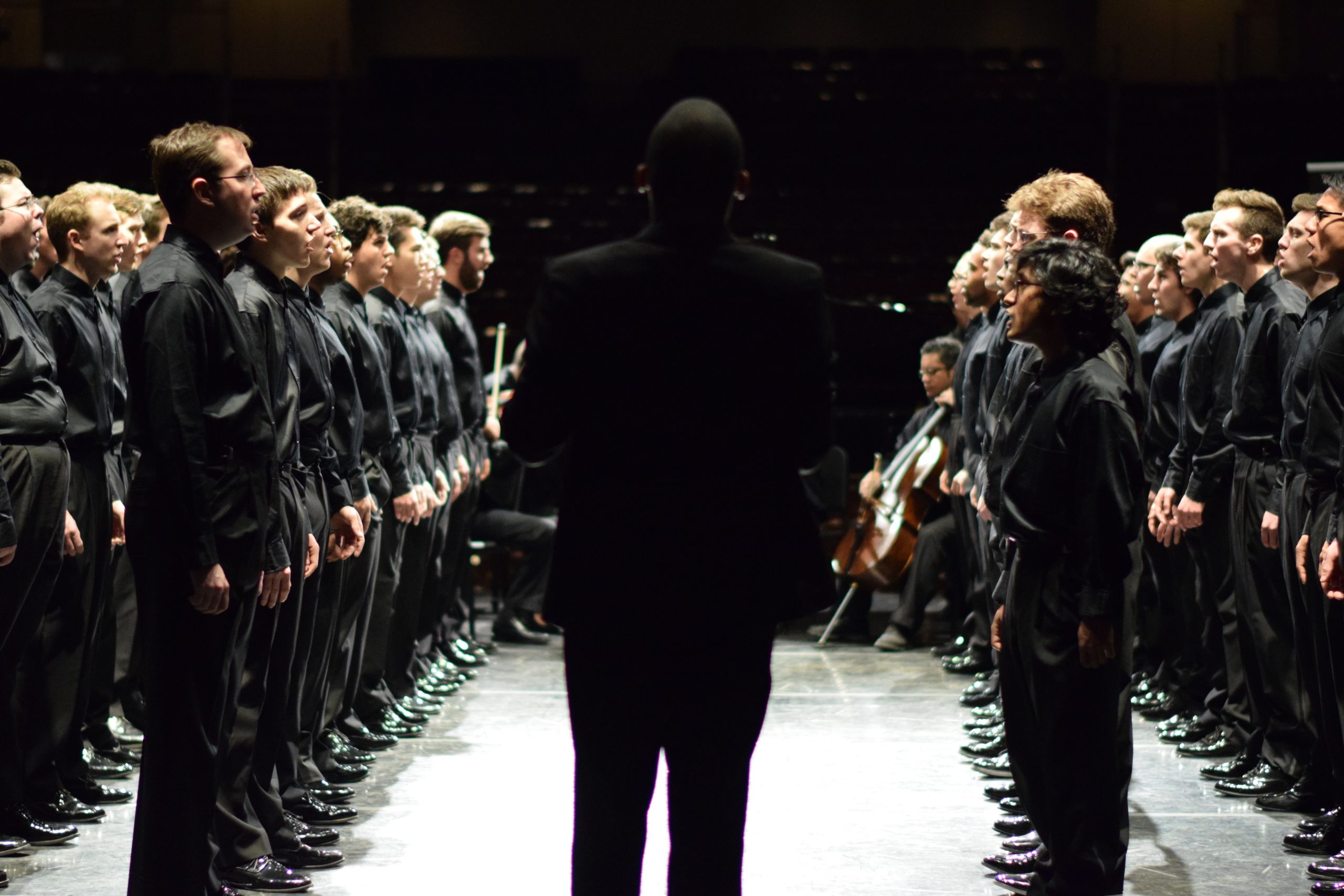 These men are the subjects of a powerful multimovement work by Atlanta-based composer Joel Thompson titled “Seven Last Words of the Unarmed” that was debuted by the Men’s Glee Club at the University of Michigan in October 2015.

Though the song and accompanying documentary premiered nearly five years ago, the recent deaths of George Floyd, Ahmaud Arbery and Breonna Taylor have led many to revisit or discover the work for the first time. ⠀ 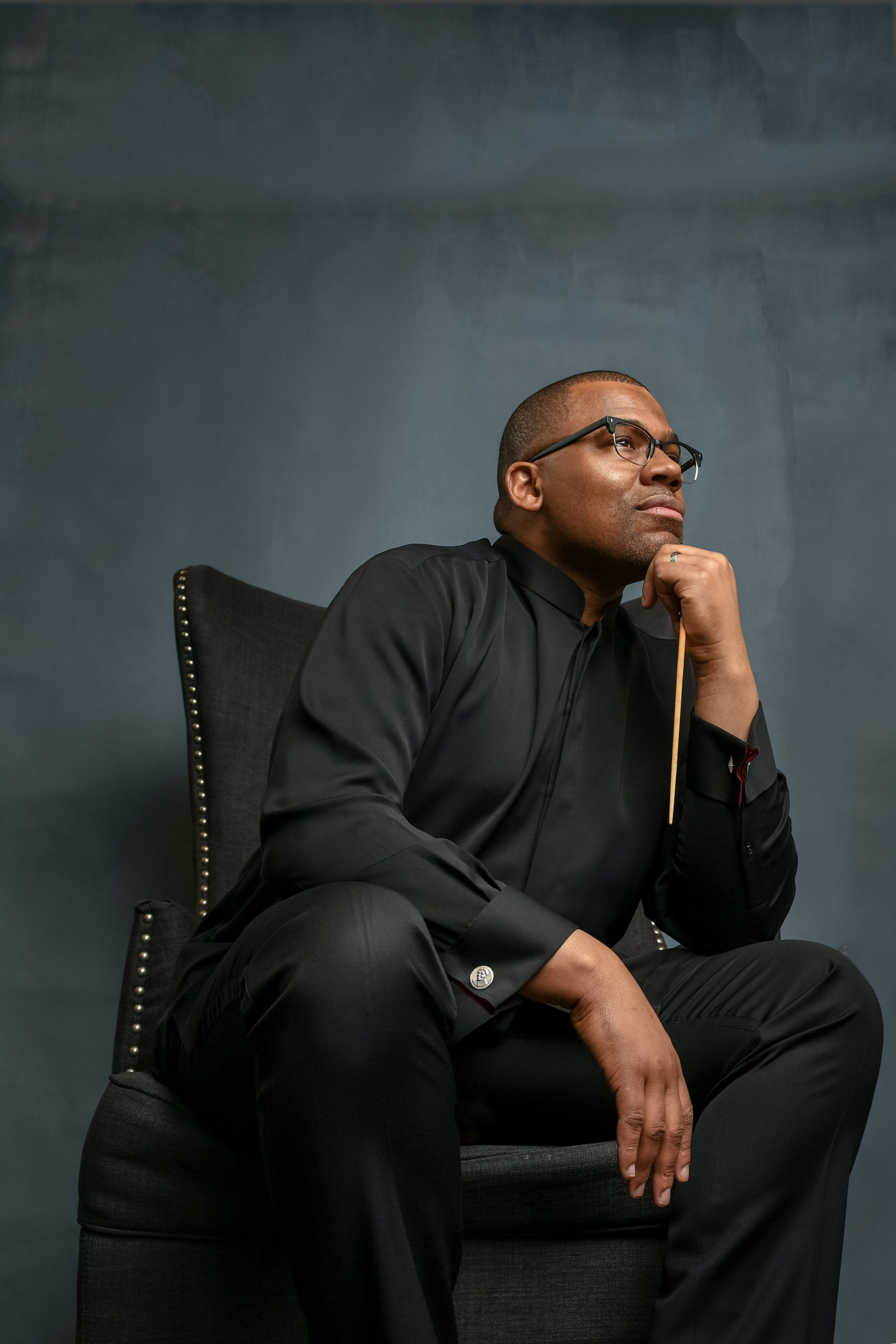 “It is unreal to me that we worked on this project so long ago, yet somehow resonates even more now than it did then,” said Eugene Rogers, who originally commissioned the work as former director of the Men’s Glee Club. “People have been sharing it again and reaching out—it has been really overwhelming.”

Since premiering “Seven Last Words” and producing an award-winning film with Michigan Media, Rogers has spent the last few years working with scholars from other disciplines to create educational resources, which were recently made available to the public at sevenlastwords.org.

“Right now, people are looking for comfort, and they’re also looking for constructive, concrete ways to process these events and move forward,” said Rogers, who is now director of choral activities at the U-M School of Music, Theatre & Dance. “We have created in-depth, thoughtful resources for those who want to use this artistic work to begin these critical conversations in our classrooms, workplaces, places of worship and homes.”

On the “Seven Last Words” project website, you can learn more about the seven men and their stories, and view the 24-minute-long film “Love, Life & Loss,” which features a full performance of the song alongside interviews with Thompson, Rogers and various student performers.

The website also provides a rich resource for those looking to teach or to use the work as a catalyst for critical discourse in their personal spaces of influence.

To do this, Rogers enlisted the help of U-M law professor Margo Schlanger to curate important information on U.S. policing and reforms, and U-M School of Education design coordinator Darin Stockdill, who created curricula for high school and university teachers, as well as discussion guides for community and professional organizations.

Thompson met Rogers while workshopping his composition in 2015. He was initially inspired by Iranian-American artist Shirin Barghi’s #lastwords project, where he drew from more than a dozen of Barghi’s illustrations containing the dying words of unarmed black men shot and killed by police or other authority figures. He then chose seven statements that aligned most closely with the classical structure of Joseph Haydn’s “Seven Last Words of Christ on the Cross.”

Each movement is distinctly different, borrowing influences from musical theater, Bach, Brahms, and even aleatoric music—a style of music where an element of the composition is left to the spontaneity of the performers, which can be heard as students repeat Oscar Grant’s last words “You shot me! You shot me!” in Movement V.

“‘Seven Last Words of the Unarmed is essentially a diary entry of the pain I was experiencing,” said Thompson, who is currently pursuing a doctoral degree in composition at Yale University. “I’m literally where I’m at today because Eugene took a chance on me and bravely chose to program it and teach with it despite the risks involved.”

“Releasing the piece into the world has created a space where people have been able to open their hearts up, and that part of this journey has been fulfilling.”