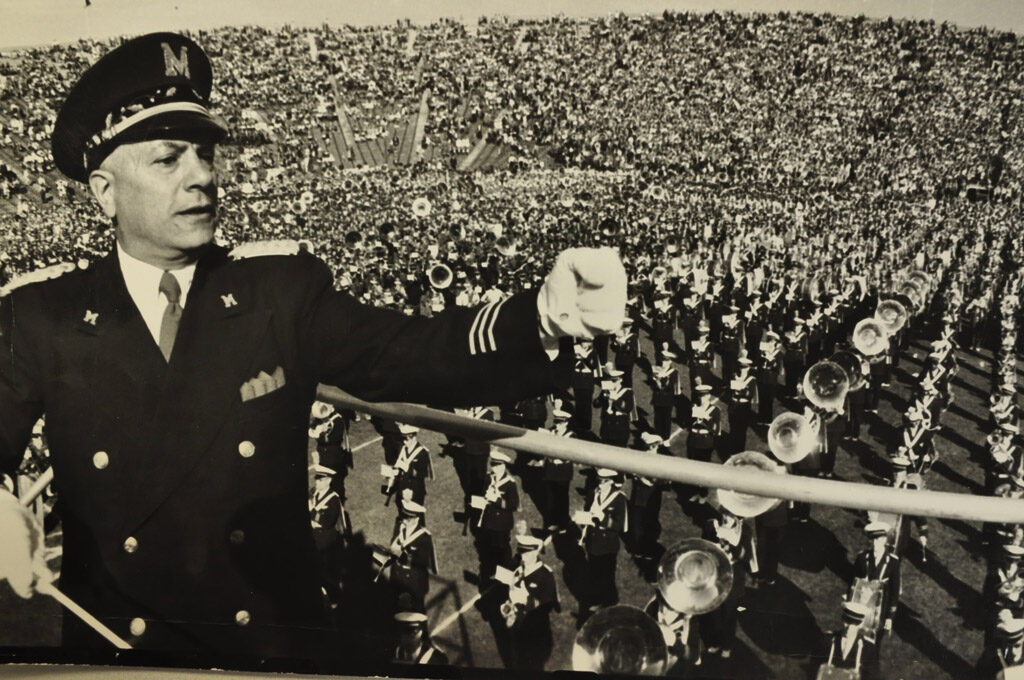 SMTD is pleased to share this reflection on William D. Revelli written by Professor Emeritus Paul R. Lehman (MM ’59, wind instruments, PhD ’62, music education). Until his retirement in 1996, Lehman served as the senior associate dean of SMTD. He is a member of the Music Educators Hall of Fame and an honorary life member of the International Society for Music Education.

I believe it’s no exaggeration to say that in the 1950s, 60s, and 70s when my career was in its early stages, there was no one in the field of instrumental music education in America more widely known or more highly respected than William D. Revelli, director of bands at the University of Michigan. He was constantly in demand across the nation as a guest conductor, adjudicator, and clinician.

I first encountered him in 1947, when I was a high school student in Ohio playing in a band he guest-conducted, and I quickly resolved to go to Michigan someday to study with him. In 1957 I enrolled in the master’s degree program in wind instruments at U-M, and my expectations were not merely fulfilled they were exceeded in every respect. I stayed to earn a PhD and my principal mentors during that period were Professors Allen P. Britton and Marguerite V. Hood.

During my three years as a doctoral student, my wife Ruth served as secretary to Prof. Revelli and the Wind Instrument Department, and she came to know him on a personal as well as a professional basis. Her responsibilities were vastly more far-reaching than her job title suggests, especially during the winter term of 1961 when Prof. Revelli took the Symphony Band on a semester-long tour of the Soviet Union and the Middle East sponsored by the U.S. Department of State.

Bill Revelli was a stern disciplinarian who always insisted on excellence. He demanded that every student put forth his or her best effort in every task undertaken. “If it’s worth doing, it’s worth doing right” was his motto. At the same time, he was a warm and caring person with a playful sense of humor. His fundamental motivation was a burning desire to do all that he could to improve the performance of the nation’s bands in every setting from the elementary school to the professional level, and, in the process, to make the players better people. He would do whatever was possible to aid and assist his students. He was especially effective in helping graduates find good jobs, and an impressive number of U-M band alumni held prominent positions in college and university band programs and music departments throughout the nation.

In my student days, before the construction of the Moore Building, the School of Music was dispersed in a variety of buildings across the main campus (We had not yet become partners with Dance and Theatre). Harris Hall, an unprepossessing brick structure at the northwest corner of State and Huron streets, was the headquarters where Revelli built a world-class Wind Instrument Department, and this was the building in which he reigned supreme. He was small in stature but a giant in every other respect. His resume included a stunning array of honors and achievements, and he was a leader in his field in a way that would be almost impossible to duplicate in today’s complex world. 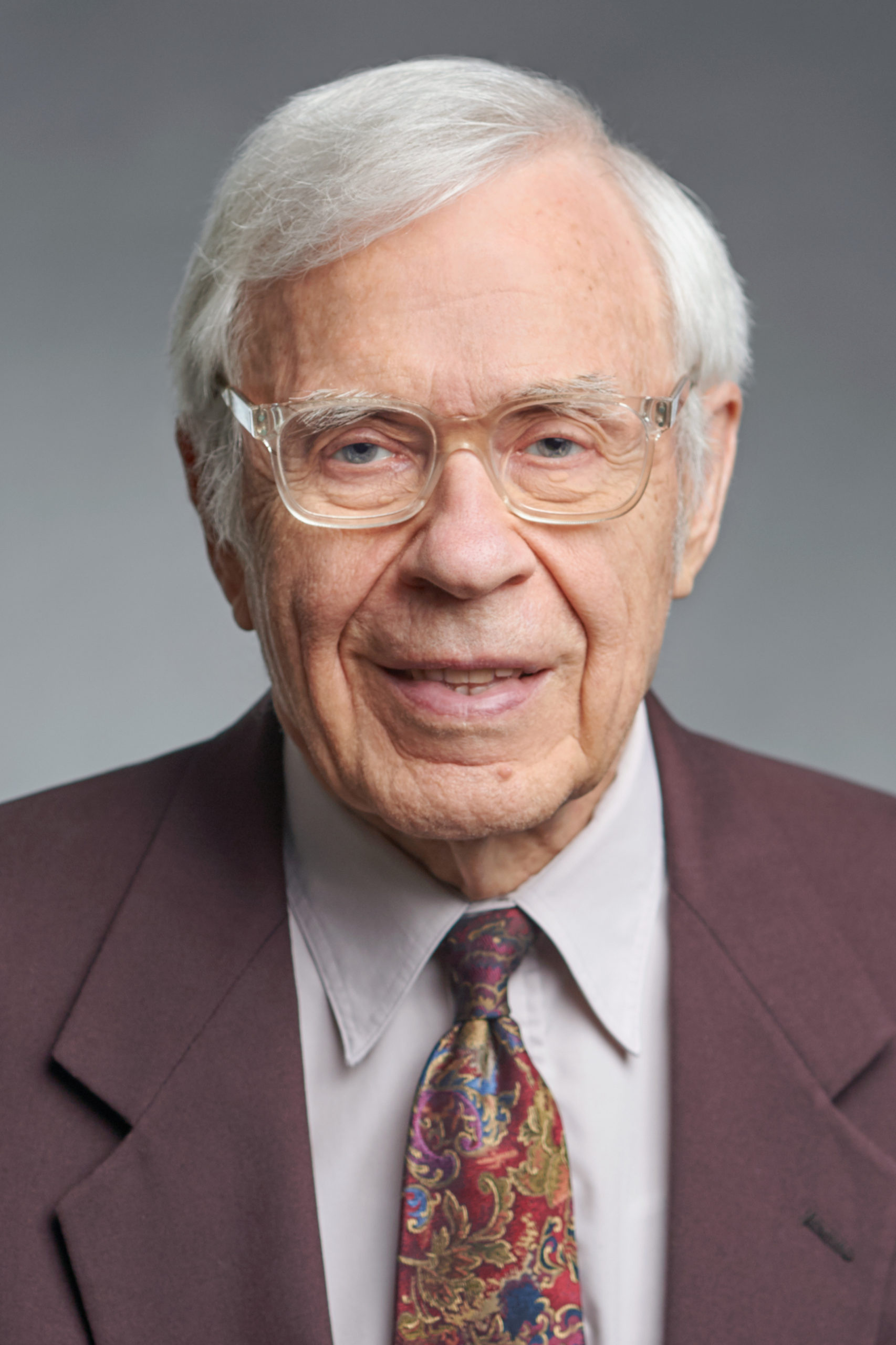 I returned to U-M in 1975, this time as a professor, and I retired in 1996 as the senior associate dean of SMTD. U-M was a major influence in my life at every stage, even when I was absent from Ann Arbor for thirteen years while teaching at the University of Colorado, the University of Kentucky, and the Eastman School of Music.

To some readers, Bill Revelli, Allen Britton, and Marguerite Hood might be merely names in historical documents, but to me, they remain living human beings that I interacted with every day and that shaped my career. It was largely the three of them, and the other faculty at Michigan—and my fellow students there—that set the stage for whatever successes I have managed to achieve. I owe them all a great debt of gratitude.