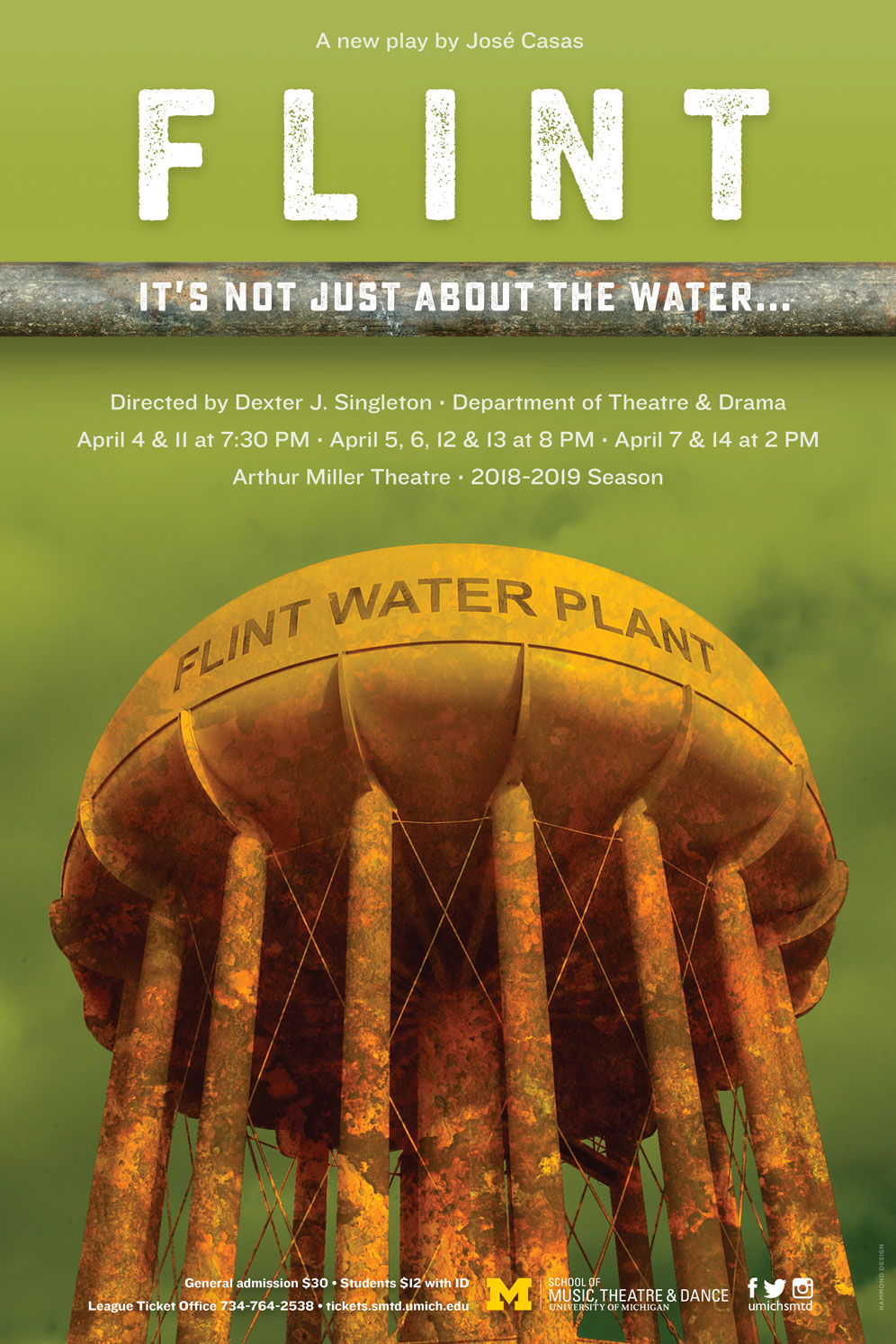 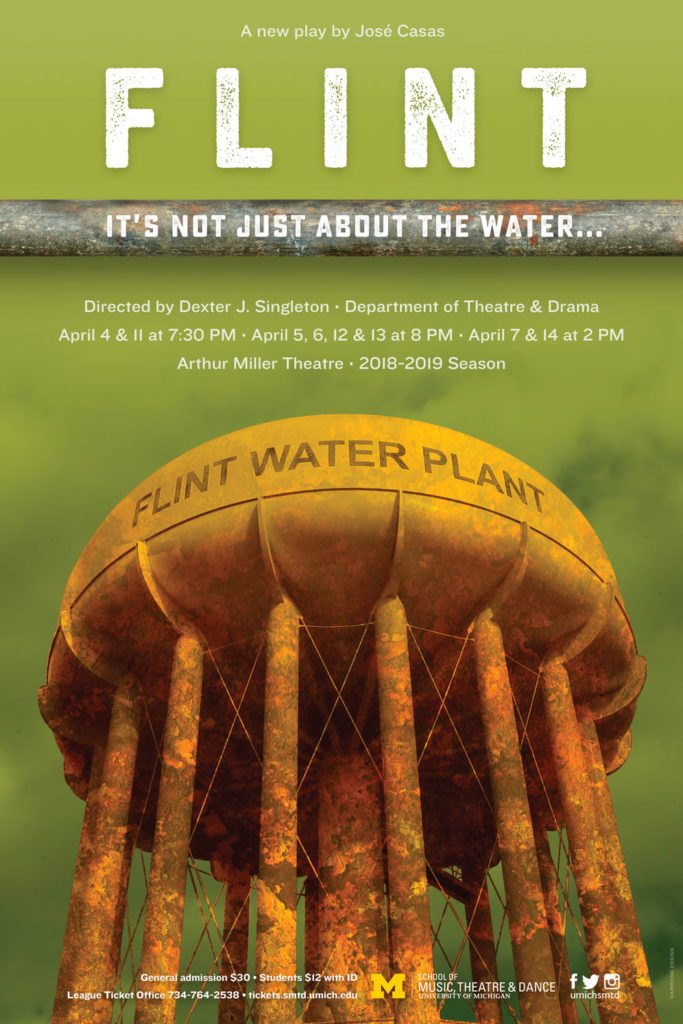 a new play by José Casas

In April 2014, looking to save money, officials in Flint, MI, switched its city water source from the Detroit City system to the Flint River. Soon after the switch, residents began to complain about foul-tasting, smelly water as well as skin rashes and hair loss. As a crisis unfolded, evidence began to grow that the water switch resulted in thousands of Flint residents drinking lead-poisoned water. Protests, litigation, court orders, State intervention, and indictments ensued, many of which amplified the infrastructure deficiencies of the city. In the style of The Laramie Project, Flint explores the current state of the water crisis through narratives based and inspired by the lives and stories of people affected by the tragedy.

Department of Theatre & Drama faculty member and playwright José Casas defines himself as an issue-based playwright. His work 14, inspired by deadly border crossings over a decade ago, was presented by the department last February. Casas’s new drama creates a mosaic of a city struggling to survive and present itself to the world by exploring its hidden stories and history. Guest stage director Dexter Singleton, now based on the East Coast, grew up in Detroit and has relatives in Flint, bringing a local touch to the production. With many of the issues remaining unresolved four years out, Flint serves as a platform for dialogue regarding the future of the city and its resilient residents, as well as for other communities facing similar problems.

When I first arrived at the University of Michigan, I did not know anything about the city of Flint, Michigan. As people began informing me about the situation, I decided to learn more about the situtation. I consider myself an issue-driven writer. I’m very much about social justice and telling stories of communities that have been traditionally underserved or marginalized. As I started to do my own research, the narratives shared with me broke my heart, fueled my anger with the system, and inspired me to create a play honoring this community. This play is about the senselessness of the Flint Water Crisis. This play is about the complexity of the issue and that it’s just about the water. This play is a call to action. And, ultimately, it’s very much a play about what we take for granted. So many people talk about the arts as an escape from their real life, but then what do you do in real life? Are you actually engaging? I want people to come away from the play knowing the crisis in Flint isn’t over, and I want people to think about what change means in their own lives, whether it’s in Flint, in the university, or in their own community.