You For Me For You 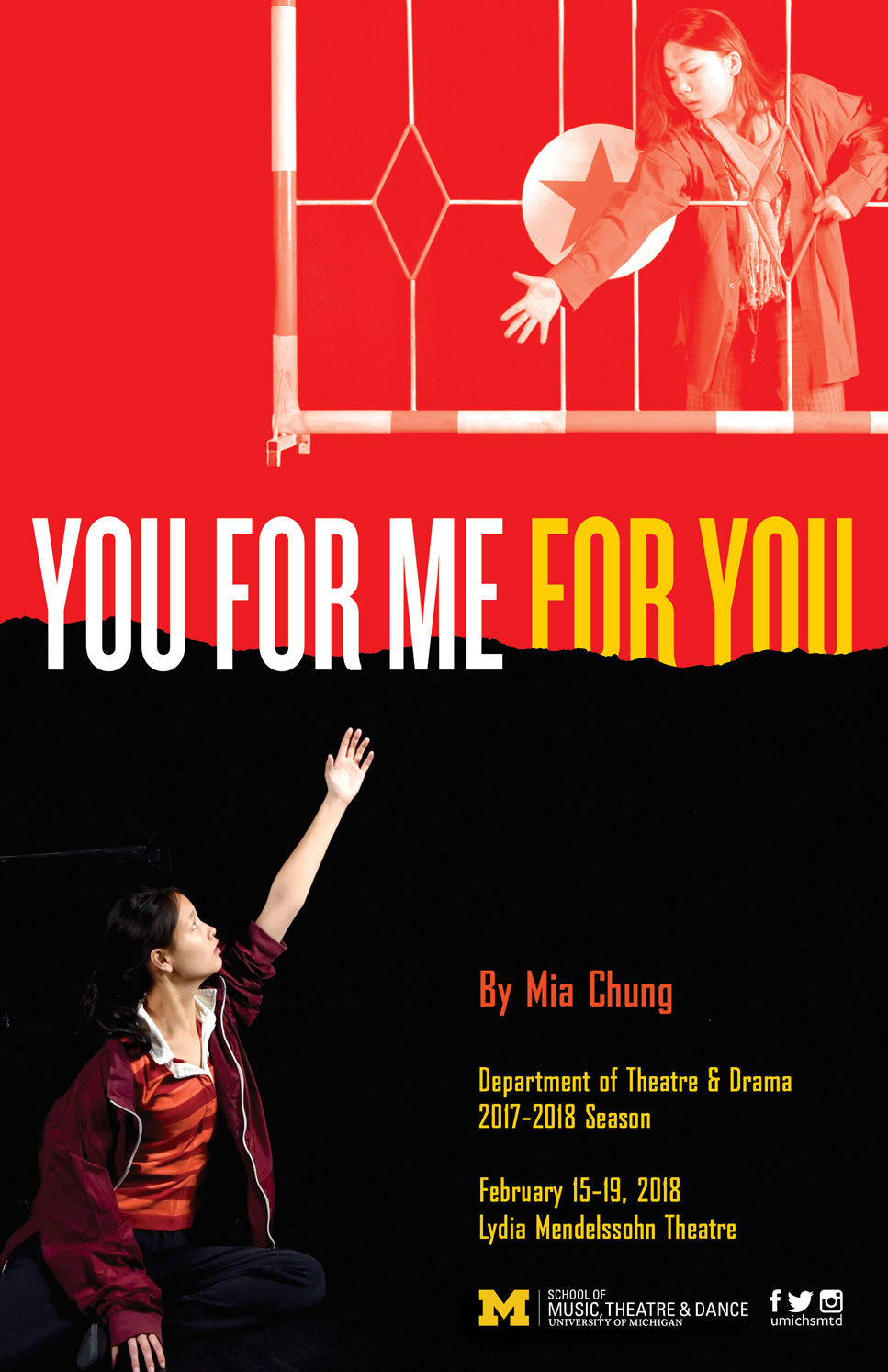 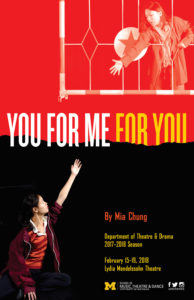 You For Me For You

Two devoted sisters, living in the Best Nation in the World, struggle to simply survive. Taking their chances, the women attempt to escape North Korea but only one manages to cross the border. As one sister navigates the bewildering culture and language of her new home of New York City, the other remains in a state of suspended animation in a world where double-speak is one’s only hope of moving forward.

You For Me For You is the first work by award-winning playwright Mia Chung. Debuted by the Wooly Mammoth Theatre Co. in 2012, the play drew immediate acclaim for its magic realism and view of two contrasting cultures. You For Me For You has since been produced regionally in the U.S. and at the Royal Court Theatre in the U.K. The Independent declared, “An exhilarating, surreal roll through both North Korea and American society… a brilliantly imaginative journey not to be missed.” 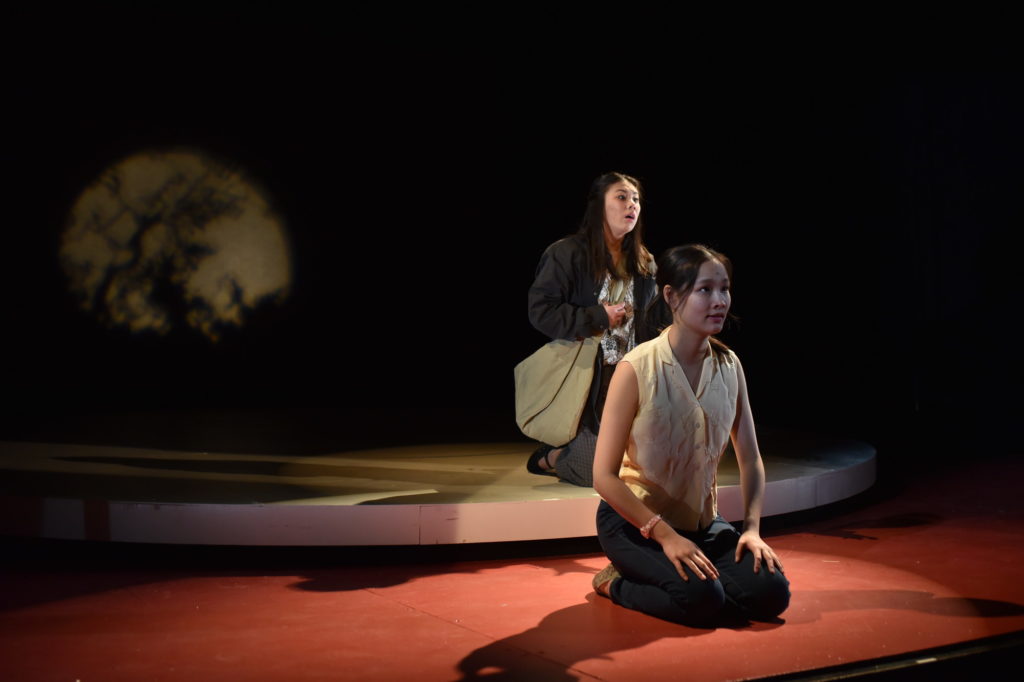 Presented in collaboration with the Nam Center for Korean Studies.

Over a year ago, while attending the National Theatre Conference in NYC, I watched playwright Mia Chung receive the Barrie and Bernice Stavis Playwright Award, and I saw an excerpt of her play, You for Me for You. Both she and her play took my heart and I came back to Michigan, knowing I had to direct it. The story of two sisters, so loving, so desperate to save each other, juxtaposed with the craziness that is North Korea and the equal insanity of big city living in the U.S., brought to life by Mia’s incredible ear for prose and poetry, was irresistible. Add to that the older sister Minhee’s plunge into a magical, timeless world – part Alice-in-Wonderland, part surrealistic dream – AND Ms. Chung’s take on Americans’ obsession with consumerism and “the pursuit of happiness”, makes for a very timely tale!