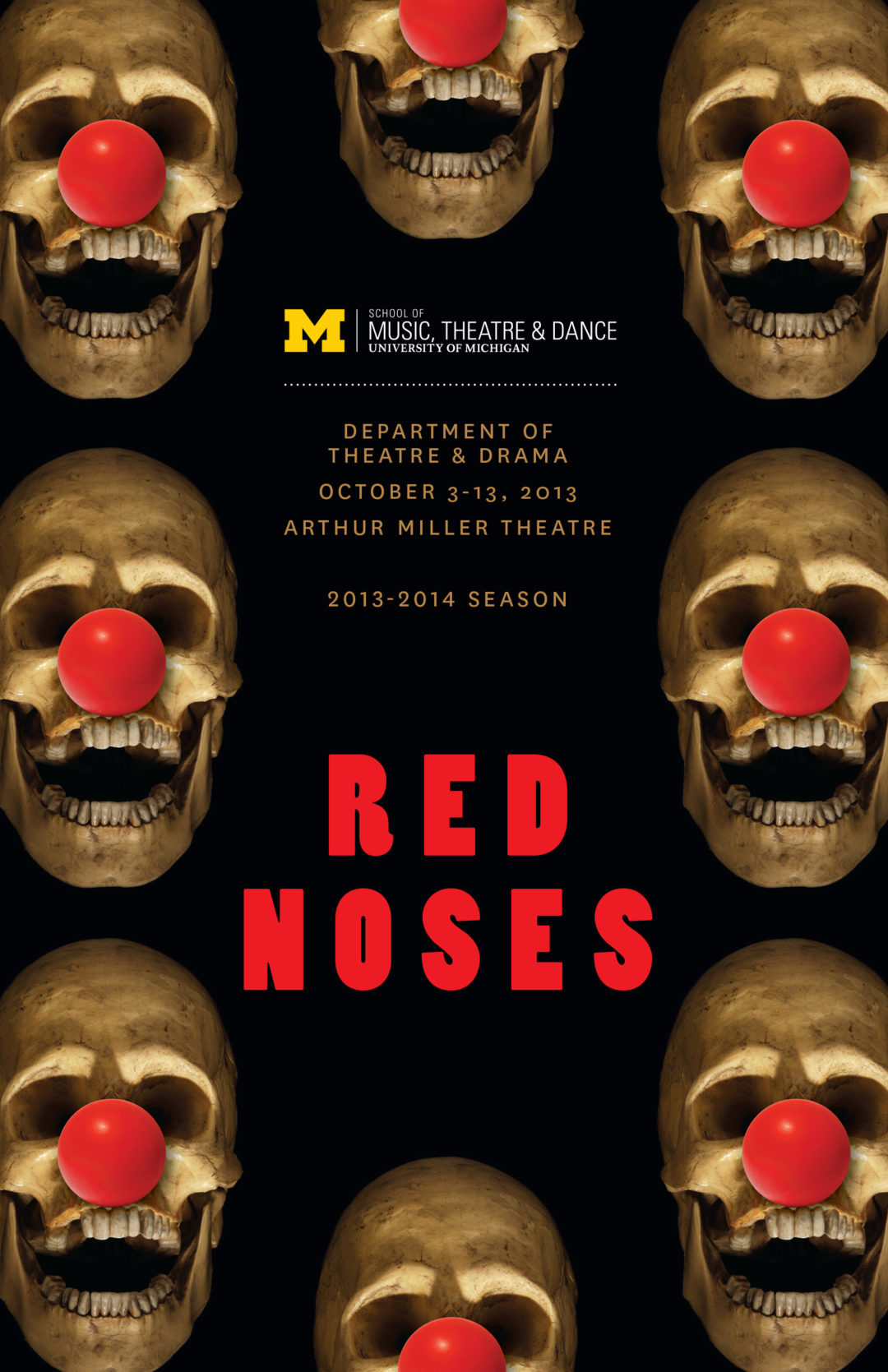 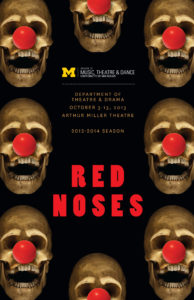 The Story: Surrounded by the black plague in 14th century France, Catholic priest Father Flote struggles to provide comfort to his flock. Looking for a sign from God, Flote finds his calling when he inadvertently causes laughter. Gathering together a ragtag group of performers, Flote and his troupe of Red Noses tour the country spreading joy amidst the devastation. Along the way, they must contend with roving groups of flagellants, corpse robbers, and other scavengers. But once the health crisis has passed, the church hierarchy may not be as tolerant of the Red Noses power of laughter as it seeks to reassert its ecclesiastical authority.

Background: Best-known for his irreverent play The Ruling Class, English playwright Peter Barnes maintained a passionate belief that a joke can be an instrument of change rather than  a diversion from reality. His plays embrace a non-naturalistic style featuring slapstick, surprise, and hectic comedy. Red Noses, written in 1978, received its first performance in 1985 by the Royal Shakespeare Company and earned Barnes an Olivier Award. Hilarious and thought provoking, Red Noses is a dark comedy that celebrates the subversive power of laughter. 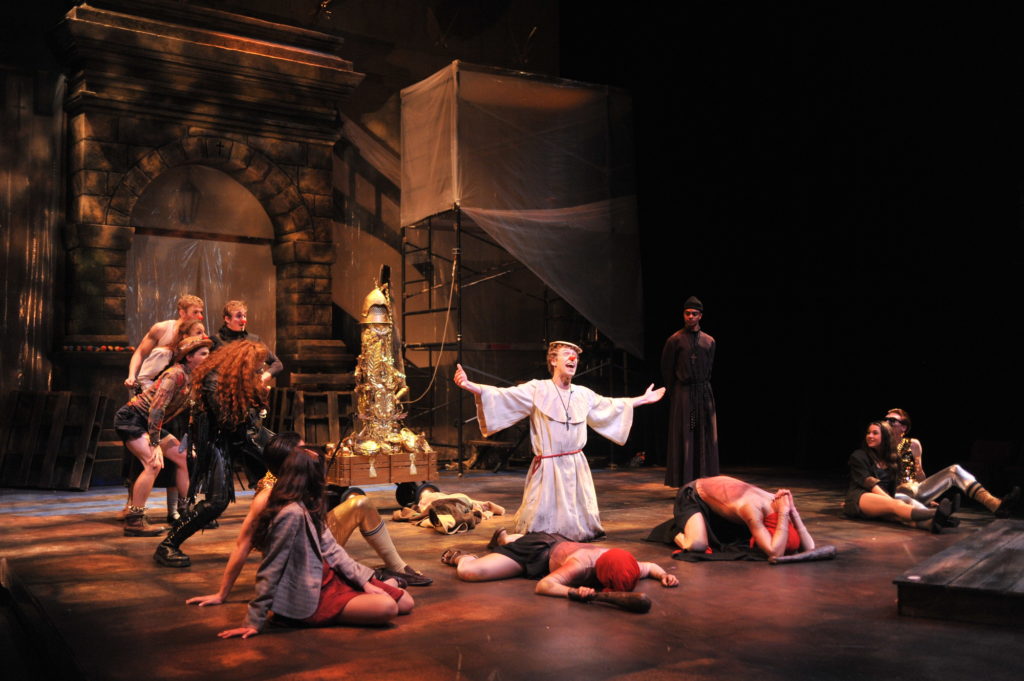