The Skin of our Teeth 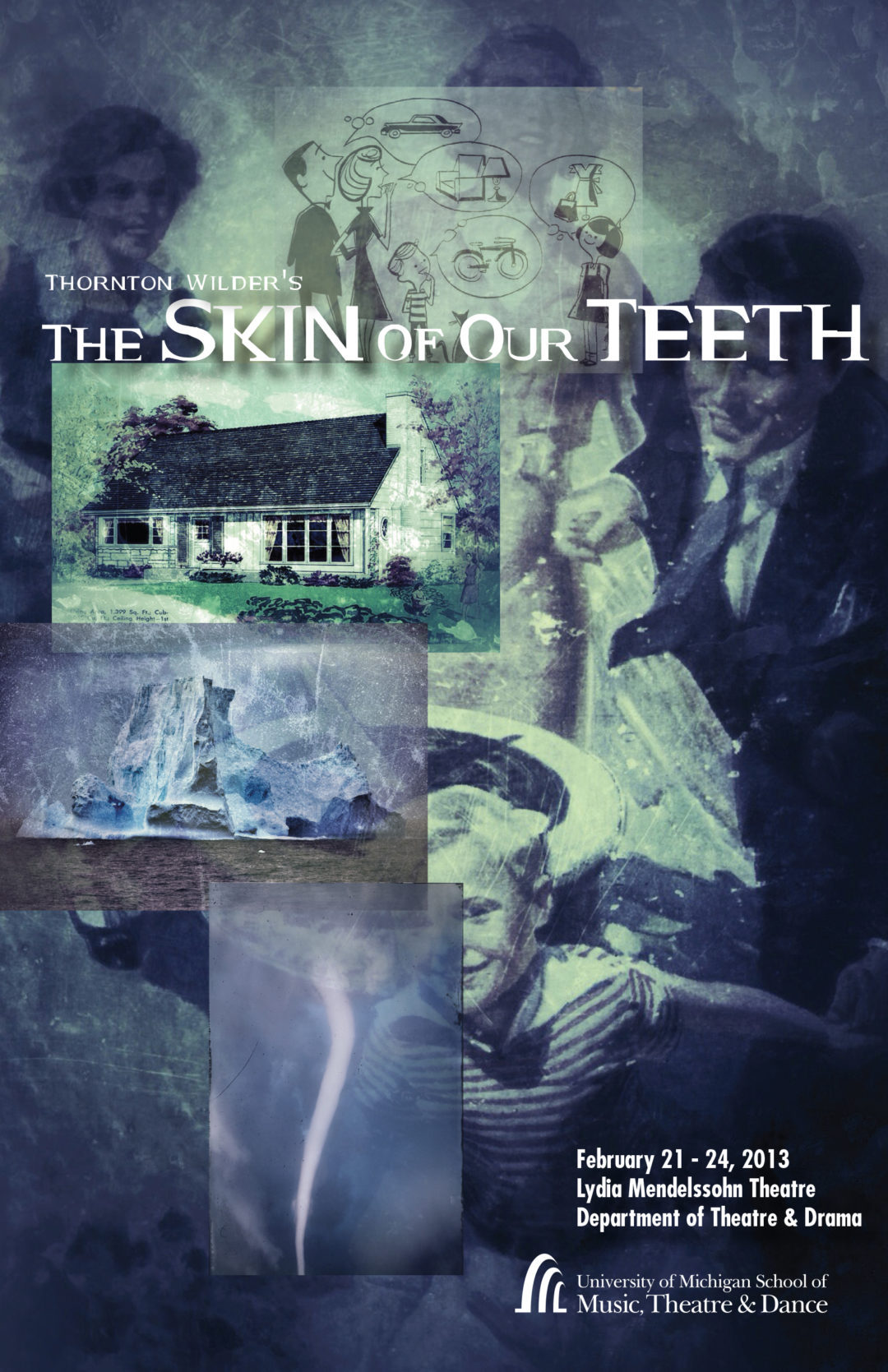 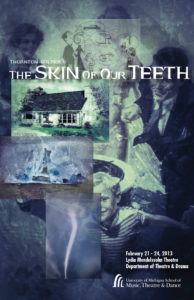 The Skin of our Teeth

a comedy by Thornton Wilder

The Story: Meet the Antrobus family of Excelsior, NJ – Father (the inventor of the wheel), Mom, two children, and their maid Sabina. It’s a typical day – kids at school, Dad at work, Mom & Sabina dealing with home and pets – an ordinary day except…well, the world is going to end in twenty-four hours. How does one prepare for the apocalypse? Fortunately the Antrobuses are pros at survival, having lived through the end of the world a few times already in their five thousand year-old marriage. It will happen again as we follow the family through the ages in their quest to survive, even flourish, by the skin of their teeth.

Background: Earning Thornton Wilder his third Pulitzer Prize, The Skin of Our Teeth premiered in 1942 in the midst of WWII. The New York Times called it “an intellectual vaudeville about survival through the ages.” Combining absurdity with solemnity, Wilder uses anachronisms as the basis for comedy to show how, faced with cataclysmic disaster, the human race endures and recreates the world anew at every turn. Funny and profoundly moving, The Skin of Our Teeth is a riotous tour of humanity and a testament to abiding hope. 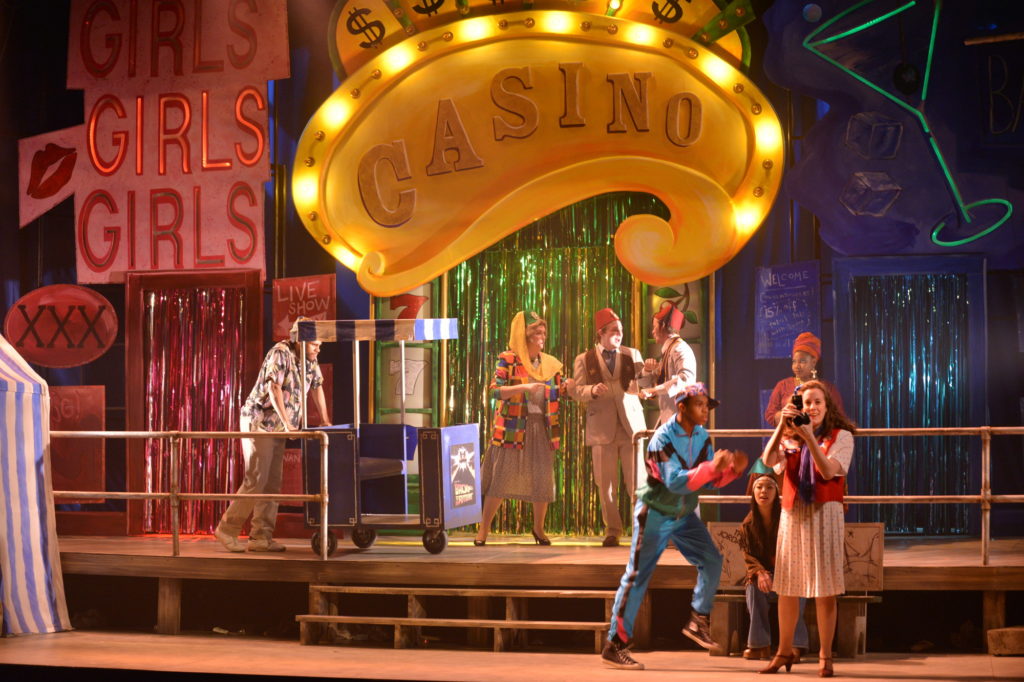 [accordion title=”Story of the Play”]

Here is a comedy about George Antrobus, his wife and two children, and their general utility maid, Lily Sabina, all of Excelsior, New Jersey. George Antrobus is John Doe, or George Spelvin, or you — the average American at grips with a destiny, sometimes sour, sometimes sweet. The Antrobuses have survived fires, flood, pestilence, the seven-year locusts, the ice age, the black pox and the double feature, a dozen wars and as many depressions. They run many a gamut, are as durable as radiators, and look upon the future with a disarming optimism. Alternately bewitched, befuddled, and becalmed, they are the stuff of which heroes are made – heroes and buffoons. They are true offspring of Adam and Eve, victims of all the ills that flesh is heir to. They have survived a thousand calamities by the skin of their teeth. Here is a tribute to their indestructibility.

Human beings are fallible. According to one origin myth, we made a choice in the garden to partake of the tree of knowledge. Partaking in that knowledge created in us both hope and fear, or rather belief in, or distrust of, the people with whom we go through existence. And from those two points of view stem all that is great and terrible in mankind. The balance of hope and fear in people determines their actions and propels them, either towards peaceful coexistence or wrathful aggression.

Written in 1940 and 1941, opening first in New York ten months after Pearl Harbor and the beginning of U.S. involvement in the 2nd great war of the still young century, Wilder, despite mounting evidence to the contrary, looked at the turbulent present and the destructive past, and saw in that tangle of evidence a reason to hope. For all of the horrors of the young century, and the centuries that came before, he saw progress. Or, as Mr. Antrobus states: “We’ve learned. We’re learning.”

No wide-eyed idealist, Wilder understood that the path of human progress was not an easy one. There is comfort that comes from the black and white clarity of war, when viewed in contrast with the terrible ambiguous greyness of peace. Working with, rather than fighting against, is always the more challenging course – and yet, it is always the most challenging course that yields the greatest results.

The course of human events is, I think, a tight spiral, wending slowly but surely ever upward. With every revolution, we climb ever so slightly higher – that much closer to a world of peace and shared prosperity. You can’t see it from where you are at, sadly. It takes the long view – the view from a thousand miles away. It takes, unfortunately, faith – trust in the better nature of man, even as evidence piles up to the contrary. It is only through that faith that we can take up Wilder’s seemingly impossible charge, to “save the human race.”

Thank you for coming tonight – it feels really good to be home.