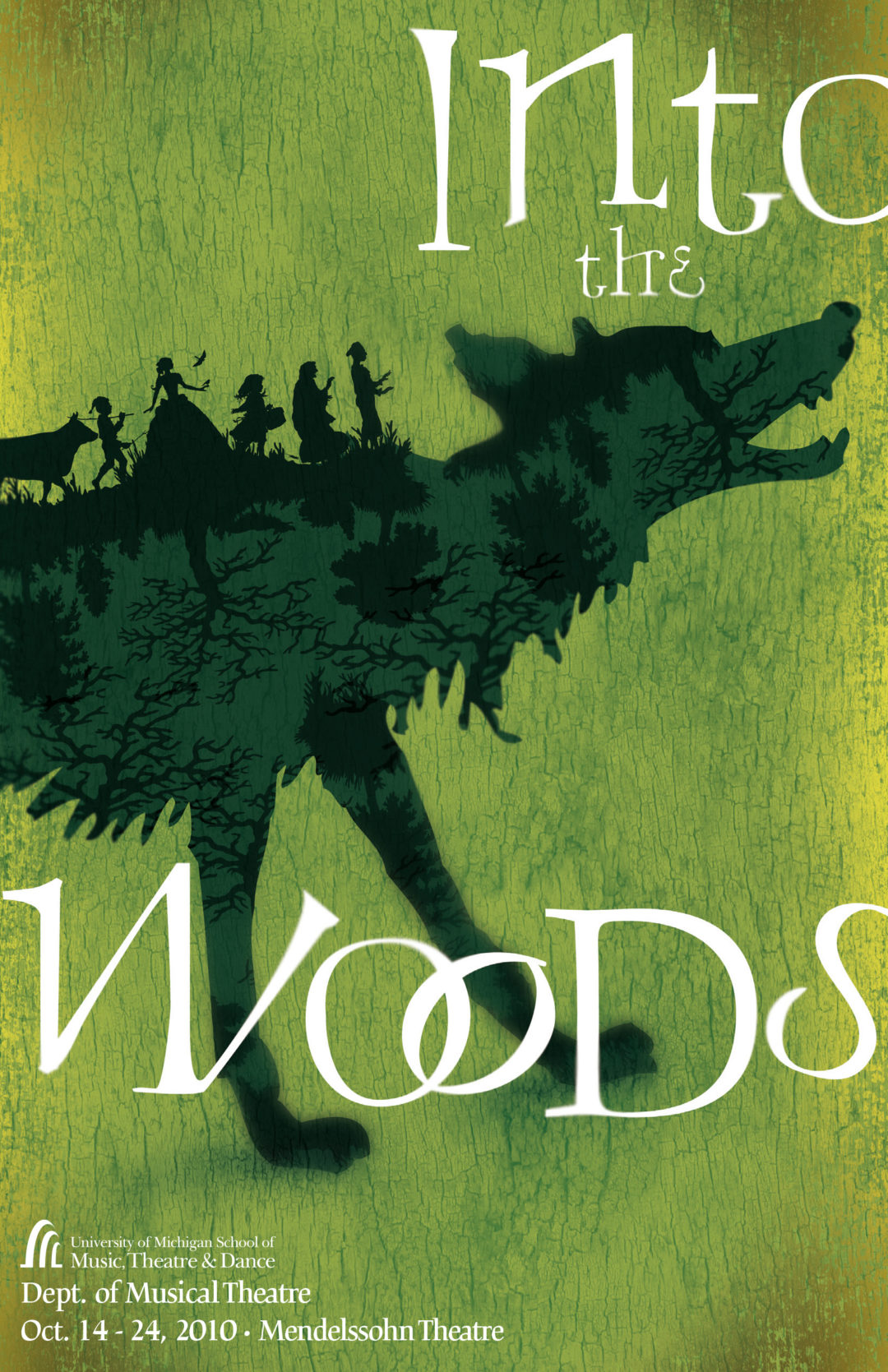 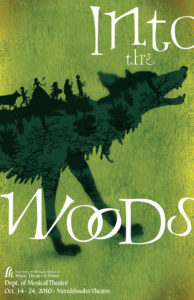 The Story:  A childless baker and his wife, cursed by the witch next door, set into the woods in pursuit of four items to break the spell. Along their way, the couple intertwines with favorites from the Brothers Grimm – Cinderella, Little Red Riding Hood, Jack (of Beanstalk fame), and Rapunzel – all on their own search for the perfect fairy tale ending. In their quests, everyone ends up using some dubious methods to get their wishes fulfilled. But ‘happily ever after’ proves to be the real fairy tale as everyone must soon face the reality and consequences for what happens when all their dreams come true. Faced with a terror larger than themselves, they must learn to cooperate in order to save the happiness they sought so hard to gain.

Background:  Ben Brantley of the New York Times declared Stephen Sondheim “Indisputably the best, brightest and most influential talent to emerge during the last half century.” Winner of Tony Awards for Best Book and Score and the Drama Desk Award for Outstanding Musical, Into the Woods brought James Lapine and Sondheim together for their second collaboration following their success with Sunday in the Park with George. Full of wicked wit, the musical turns old fairy tales upside down and sets off multiple colliding journeys, ultimately becoming a new, moving parable the legacies parents will pass down to their children. Sondheim’s dazzling score features such songs as “Agony,” “Children Will Listen,” and “No One Is Alone.” Come celebrate Sondhiem’s 80th birthday with us with this lively, complex, and irreverent fantasy.

← Pentecost The Elixir of Love →