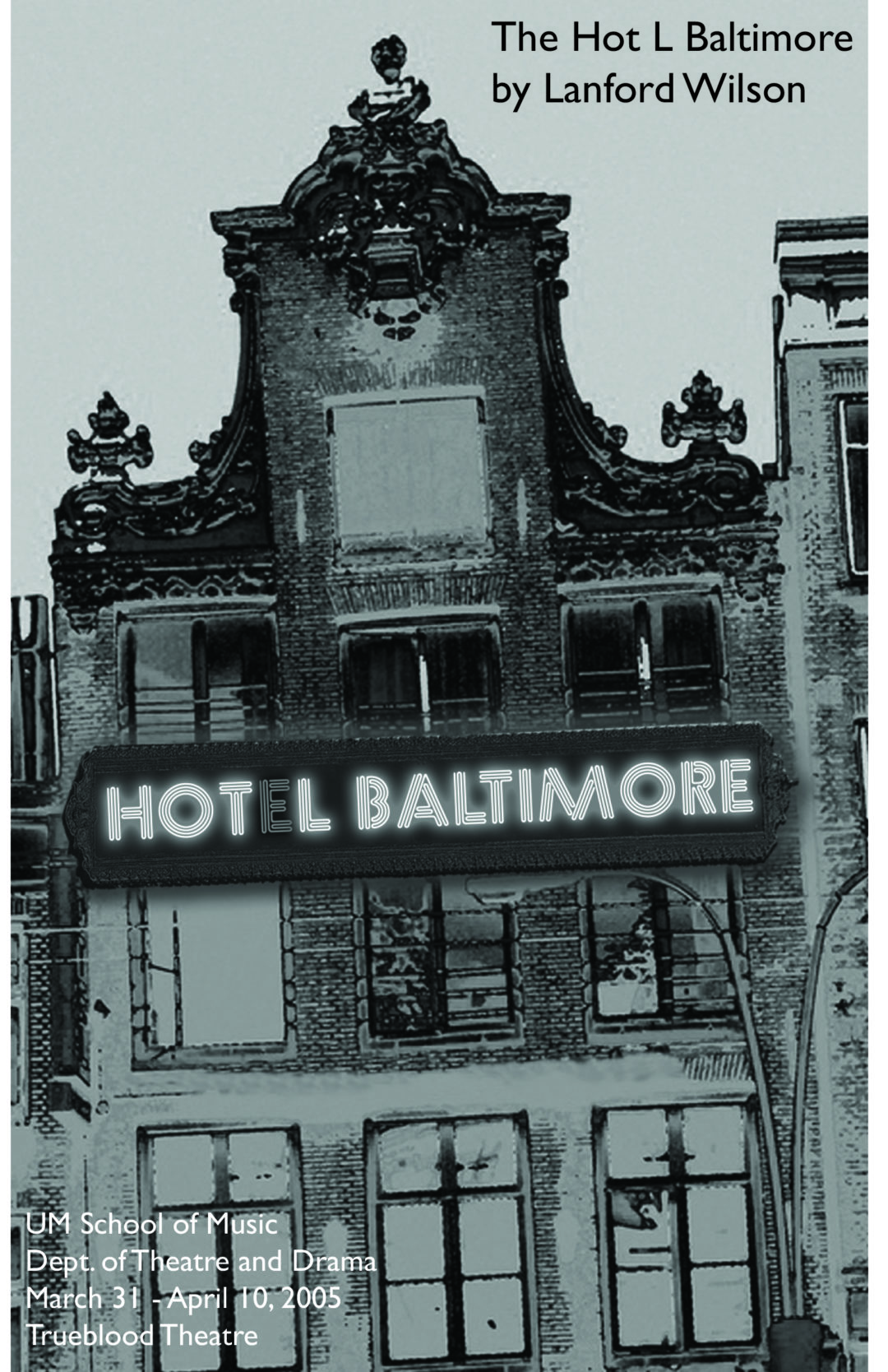 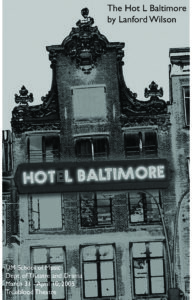 Lanford Wilson co-founded the Circle Repertory Company in 1972 and wrote “The Hot L Baltimore” specifically for its new acting ensemble. Wilson sought to craft a work that would give voice to his mourning for the increasing disappearance of the nation’s railroads. In Wilson’s introduction to the play, the author states that he laments not only the fading of the romantic icon of the railway system, but also America’s “vanishing architecture.” The imminent destruction of the once-glorious Hotel Baltimore, and the decline of the railroads that were once the life-blood of the neighborhood, are the physical embodiments of Wilson’s distress over the vanishing of a more idyllic time.

Opening in February 1973, “The Hot L Baltimore” was the first major success for Wilson and the Circle Repertory Company. Winner of the New York Drama Circle award, an Obie, the John Gassner Playwriting award, and the Outer Circle Critics award, the play successfully transferred to Broadway, enjoying a three-year run. The play was sold to ABC and adapted as a situation comedy that ran for one season in 1975.

“The Hot L Baltimore” is set in the lobby of a dilapidated old hotel, from which the “e” in the hotel sign is missing. As the action unfolds, the residents of the hotel, ranging from young to old, from the defiant to the resigned, meet in the lobby to talk and interact with each other during the course of one day. As they contemplate the loss of their home and the makeshift family that has developed, the residents and staff of the hotel ponder more than the loss of a place to live, but the loss of history itself. These series of conversations create a mosaic in which each character, and the sum total of what they are – or wish they were – become a poignant, powerful call to America to recover its lost values and to restore itself.

The residency of Andrea Frye is provided, in part, through the generous contribution of Nancy and Philip Binkow.