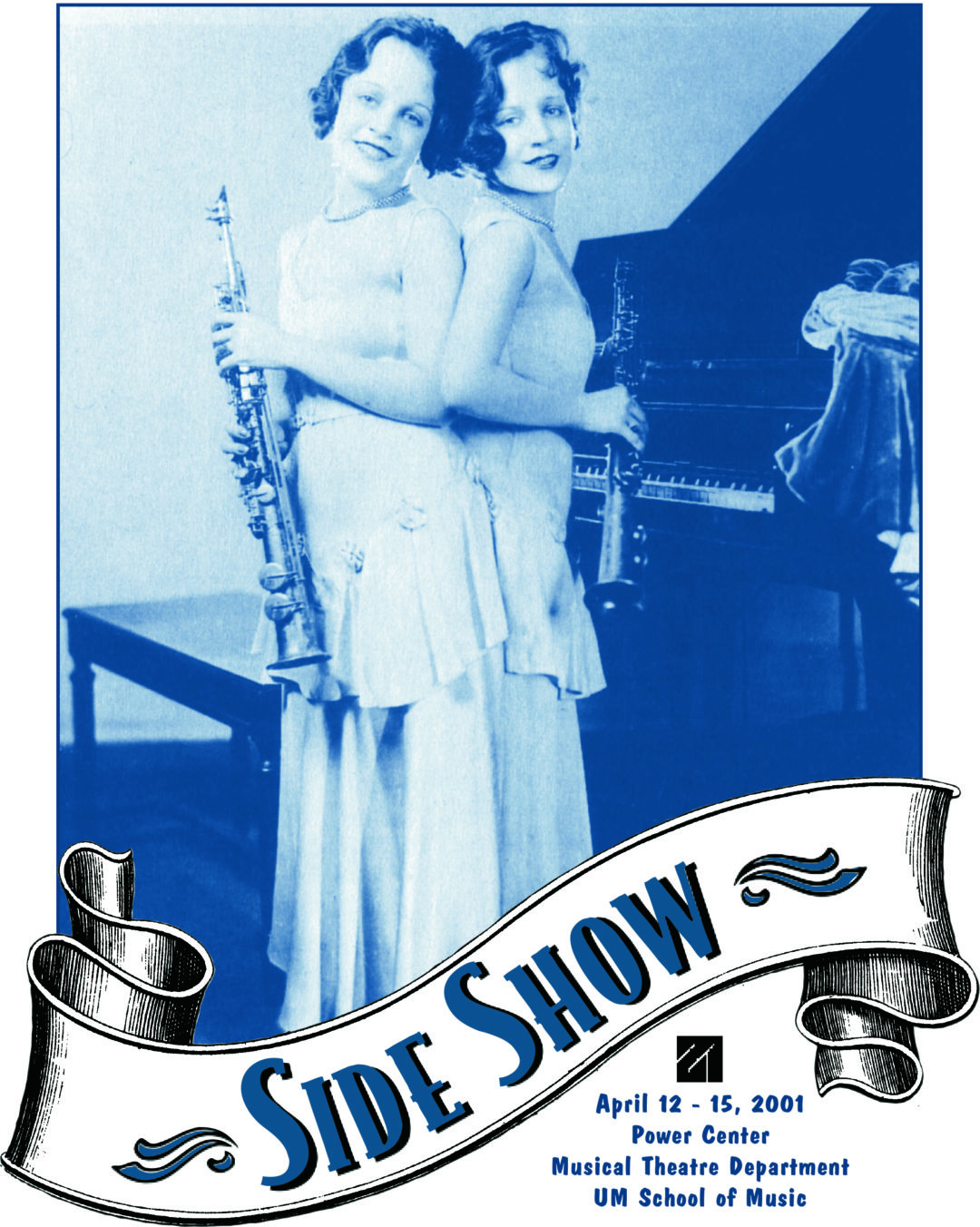 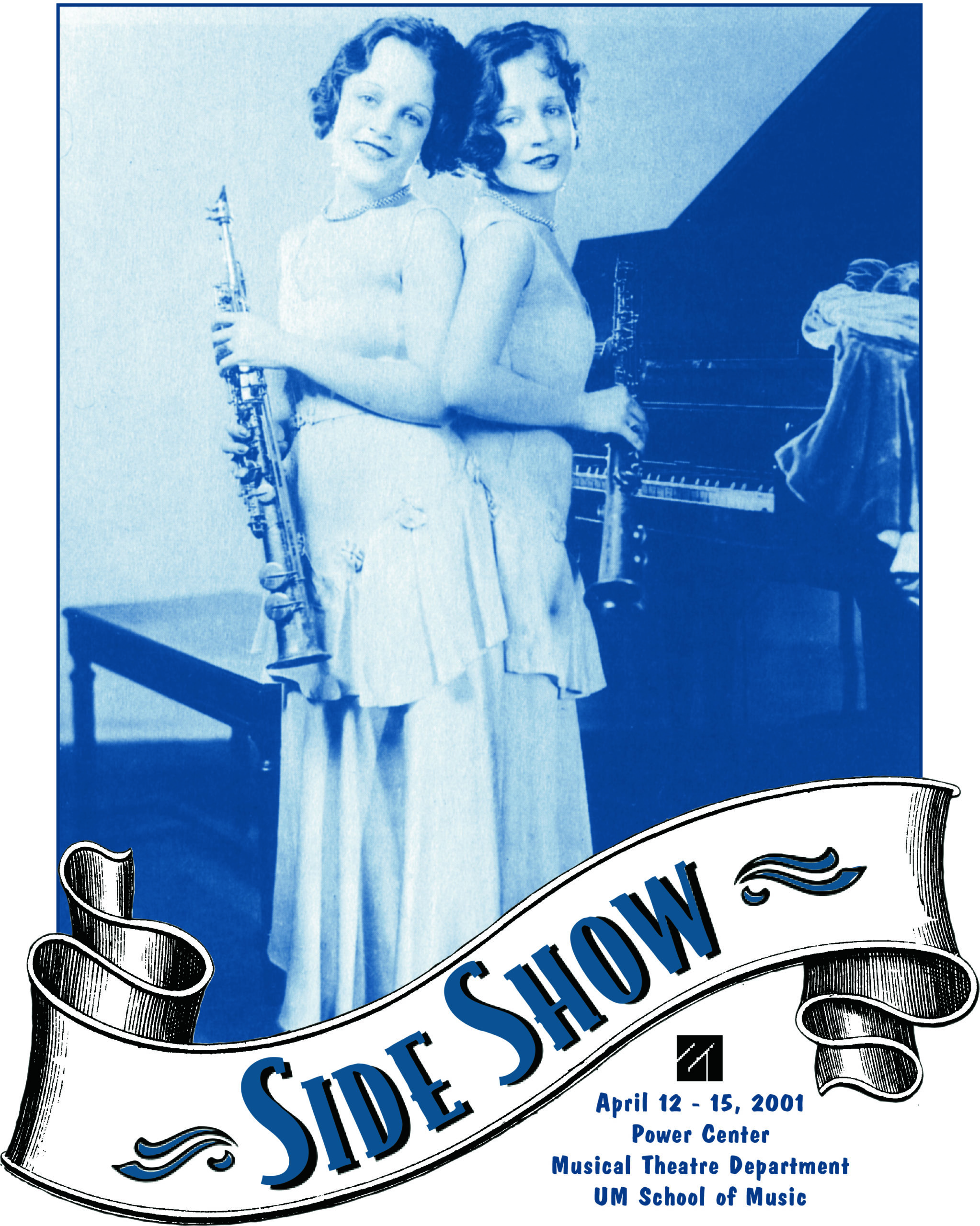 Book and Lyrics by Bill Russell
Music by Henry Krieger

Side Show is a heart-warming story of two sisters searching for love and fame. Inspired by the true story of conjoined twins Daisy and Violet Hilton, the musical touches on the universal need for acceptance and the strength of the human spirit.

Daisy and Violet Hilton were born in 1908 to an impoverished, unmarried, sixteen year-old barmaid in England. Joined at the base of their spine, the girls were sold by their mother to Mary Hilton who immediately began to showcase the girls. Trained to sing, dance, and play instruments, the twins became popular in Europe, moving to the United States in 1916. By the time Daisy and Violet were 15, they were among the highest paid performers in the nightclub and vaudeville circuit, although the girls were virtually enslaved by their guardian. At the age of twenty-three, the twins were freed by a San Antonio court order to embark on a career of their own as the “Hilton Sisters Revue.” A brief film career in the B-grade films Freaks (1932) and Chained for Life (1951) marked their heyday.

Robert Longbottom was working with writer/lyricist Bill Russell on Russell’s musical Pageant when he chanced upon Chained for Life and mentioned the story of the Hiltons to Russell. Fascinated by the story, Russell contacted composer Henry Krieger to collaborate on a musical based on the twin’s lives. Krieger, who has earned Tony Awards for his scores for Dreamgirls and The Tap Dance Kid, jumped on the project. Side Show opened to critical acclaim on Broadway in October of 1997. Vincent Canby of The New York Times declared the show “a fascinating mix of old-fashioned Broadway and a sharp contemporary sensibility.” Despite its critical success, the show floundered in sales, announcing its close in January of ’98. Response to the closing was immediate, with fans holding rallies on Times Square urging people to see the show and Rosie O’Donnell featuring the cast twice on her talk show, ultimately selling out the final two weeks of the production. In a year filled with outstanding musicals on Broadway including Ragtime and The Lion King, Side Show garnered an astonishing three Tony Award nominations for best musical, score, and book of a musical. In a surprising move, the combination of Emily Skinner and Alice Ripley was nominated for a Tony Award for best actress in a musical for their portrayal of Daisy and Violet. While its Broadway run was modest, Side Show has been produced extensively in regional theatres to continued critical acclaim and commercial success.