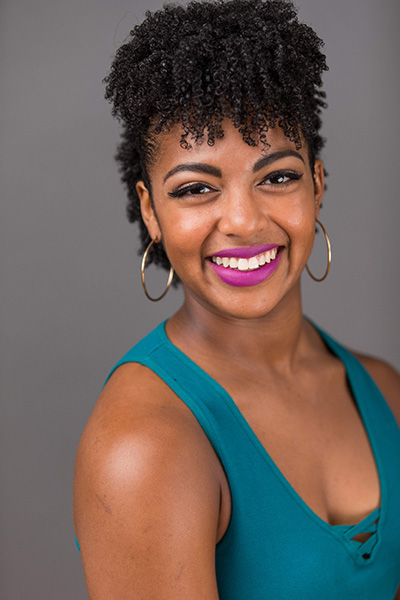 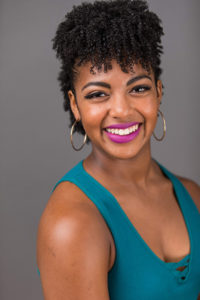 Maya Imani Alwan completed a Bachelor of Fine Arts in Musical Theatre with a minor in Community Action and Social Change from the School of Social Work. During her time at U-M, Alwan advocated for diversity, equity, and inclusion as a member of the Musical Theatre Student Advisory Committee and as an SMTD DEI Ambassador. She was also a LEAD Scholar, a merit-based scholarship founded on the principals of Leadership, Excellence, Achievement, and Diversity.

“In the musical theatre sophomore performance class, Professor Mark Madama advises students to approach their time at Michigan as though they are an hourglass constantly being filled with sand. Each new experience, be it a performance opportunity or revelatory moment in class, success or failure, dumps a whole bucket full of sand into your hourglass.

Four years may seem long, but with the immense volume of experiences and knowledge acquired there is no way that we can expect to process it all in that time. Instead, we should be patient and continually invite the learning process not just in school, but throughout the rest of our lives. In time, and perhaps unexpectedly, a grain of sand may pass through that hourglass and inspire an “aha!” moment, where a lesson from months or even years ago takes on new meaning.

As I reflect on my experiences in SMTD, I know that the true impact of these pivotal four years may not have hit me yet. In the whirlwind of undergrad, I’ve been spat out on the other side with a list of accomplishments miles longer than anything I ever thought I was capable of, and I attribute that to two aspects that exemplify the Michigan Difference: being a part of an institution with a standard of excellence and a community with a commitment to help you uphold it. I have been asked to step up to the plate by both peers and professors, and I somehow managed to rise to the occasion by abandoning my fears and learning to believe in myself the way others believed in me. Before I knew it, I was taking on new challenges and embracing my position as a leader in my community. I am immensely grateful to everyone who was involved in that journey, because I have truly come to embody the Michigan spirit of being the Leaders and Best.

I say this not only because I feel it, but because it is reflected to me in the legacy I leave behind. On our unexpected final days of classes, the junior class of MTs were inspired to throw the seniors a last-minute commencement ceremony, complete with makeshift diplomas and paper-plate awards to honor our class. The evening was full of laughter and tears, saying our goodbyes as people prepared to leave town, and I was shocked by how many people came up to me to express the impact I had made on their time here, asking, “What will we do without you?” Without even thinking, I responded, “It’s your turn.” As peers we learn from each other in so many ways, and I know that the classmates I’m leaving behind are inspired by me in the same way I was inspired by those who came before me. In that moment, I was so proud to be a Wolverine. And while I may not be able to fully articulate everything that got me here, I will hold these experiences in my hourglass for the rest of my life. I look forward to the moments in the near and distant future where another grain of sand passes through, affirming that it’s never too late to learn something new, and reminding me of all the great and painful and amazing and confusing and difficult and gratifying moments that made up my Michigan experience. Always and forever, Go Blue.”

Maya Alwan has been a leader in our department and has greatly enhanced the development and appreciation for our diverse community. When Maya was just a sophomore she was involved in drafting an open letter to the faculty about race and ethnic representation in the department, as well as leading a student town hall on the same subject. The discussions that came about as a result of her leadership have been integral to transparent communication and even curricular considerations that support our students of color. – Prof. Linda Goodrich